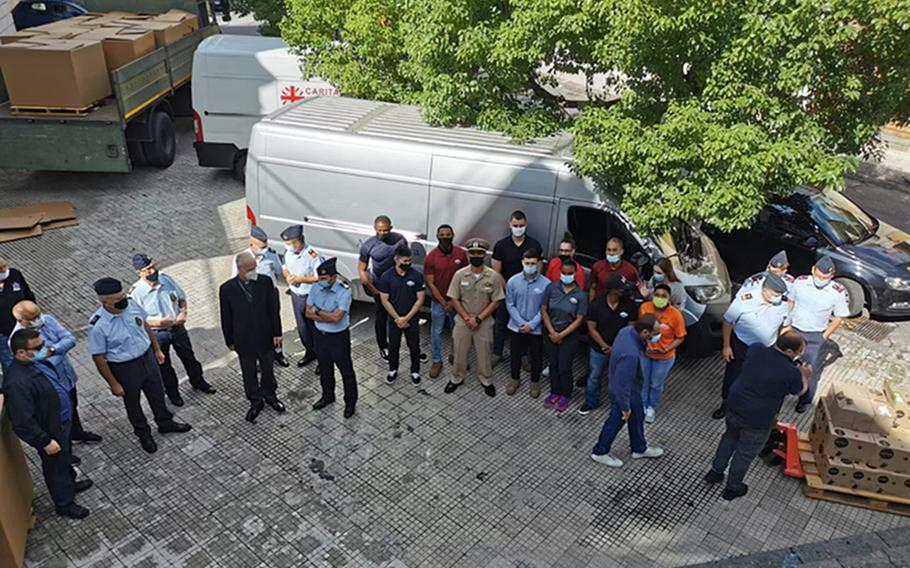 The donations were made Thursday to an aid organization and a soup kitchen in Acireale, a commune of Catania, an NAS Sigonella statement said.

Working with the Italian air force and the Italian government, NAS Sigonella served as a transit site for evacuees prior to their relocation as part of the U.S. State Department’s Operation Allies Refuge.

During the evacuations, NAS Sigonella hosted 4,283 travelers on 21 flights and provided lodging for 3,187 people at one time, the base statement said.

As of Sept. 16, 100 evacuees remained at the base. Flights to the U.S. from overseas bases, which were halted for weeks because of small numbers of measles cases found among evacuees, were expected to resume over the Columbus Day weekend.