‘We walk in silence’: Sunset March remembers US troops who liberated Dutch city during WWII 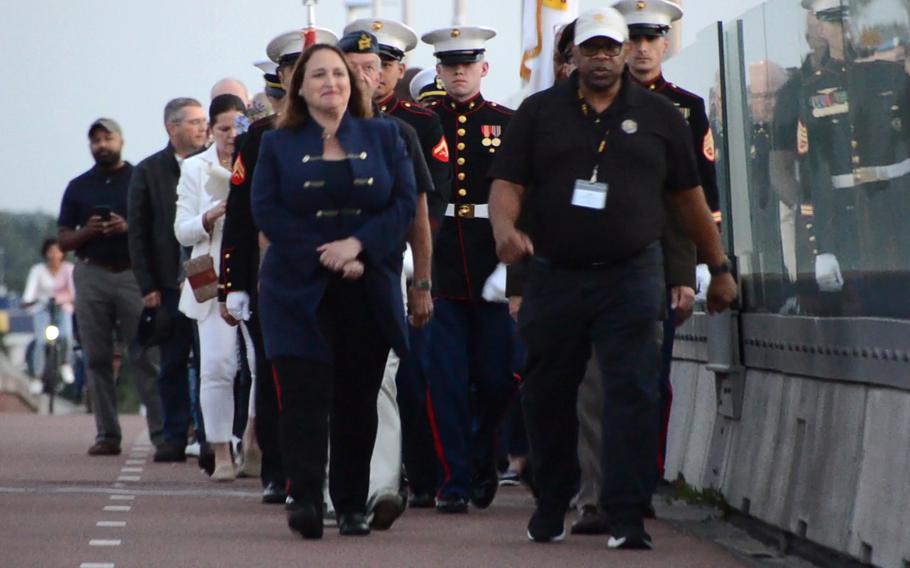 NIJMEGEN, Netherlands — The Sunset March that takes place every evening in this Dutch city has only one rule, Lt. Col. Sir Tim Ruijling said.

“We walk in silence, dignified and respectful,” the retired Royal Dutch Air Force officer told 40 Americans and Europeans before they set off to walk across the Oversteek Bridge, which spans the Waal River in Nijmegen near where hundreds of 82nd Airborne Division paratroopers crossed on Sept. 20, 1944, in a daring action during Operation Market Garden.

“When you walk, think about the 48 young Americans who gave their lives for our freedom during the crossing,” Ruijling said.

Dutch children still learn about the World War II operation in school, and when the Oversteek Bridge was built in 2013, officials in Nijmegen remembered it, too, incorporating 96 street lights – 48 pairs – in the bridge design, one for each American soldier who died in the crossing. 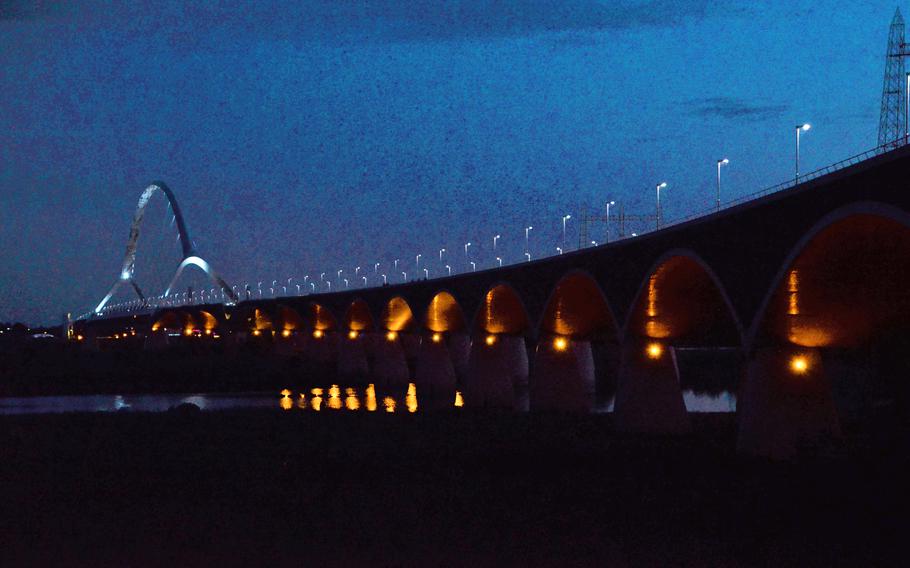 Buy Photo
The Oversteek Bridge in Nijmegen, the Netherlands, is fully illuminated after nightfall on Aug. 13, 2021. (Karin Zeitvogel/Stars and Stripes) 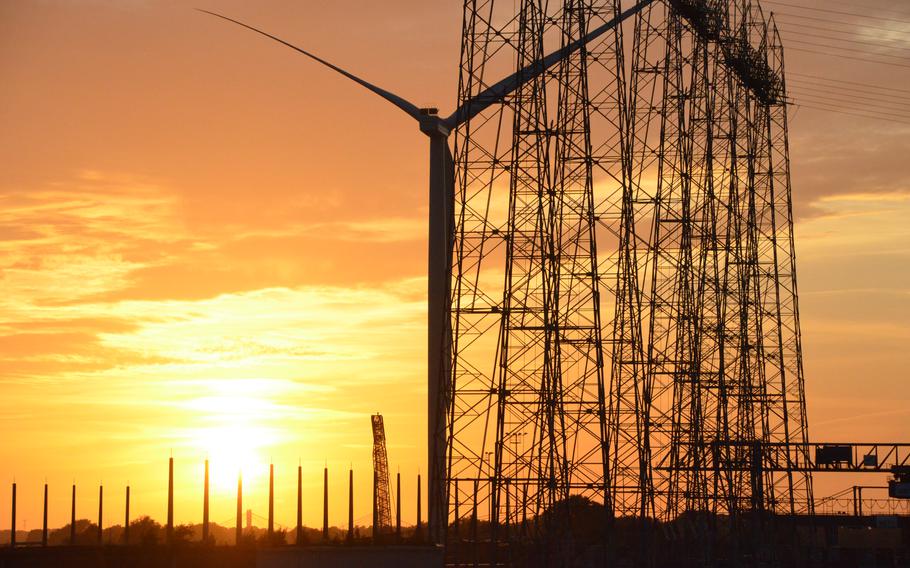 Buy Photo
The sun sets over an industrial sector of Nijmegen, the Netherlands, on Aug. 13, 2021. Every evening at sunset, a veteran walks across the Oversteek Bridge. (Karin Zeitvogel/Stars and Stripes)

Every night at sunset, the lights on the bridge illuminate pair by pair at the pace of a slow march, starting on the south bank of the river and heading north, the same direction the soldiers frantically paddled in canvas dinghies, many using the butts of their rifles as oars, in a daring operation to capture Nijmegen's bridges from the Germans and retake the city.

And every evening since Oct. 19, 2014, a veteran has walked across the bridge, starting at a memorial on the south bank, near where the American soldiers launched their rickety boats into the swirling river waters 77 years ago, ending on the opposite sandy shore.

The smokescreen that was supposed to shield them during the crossing, which took place in broad daylight, was blown away by a breeze and they became sitting ducks for enemy fire.

Forty-eight soldiers from the 504th Parachute Infantry Division and the 307th Airborne Engineer Battalion were killed in the operation, which Ruijling called “one of the most heroic in the Second World War.”

Although Operation Market Garden was unsuccessful, the Americans and British were able to liberate Nijmegen, the Netherlands’ oldest city, after fierce fighting. 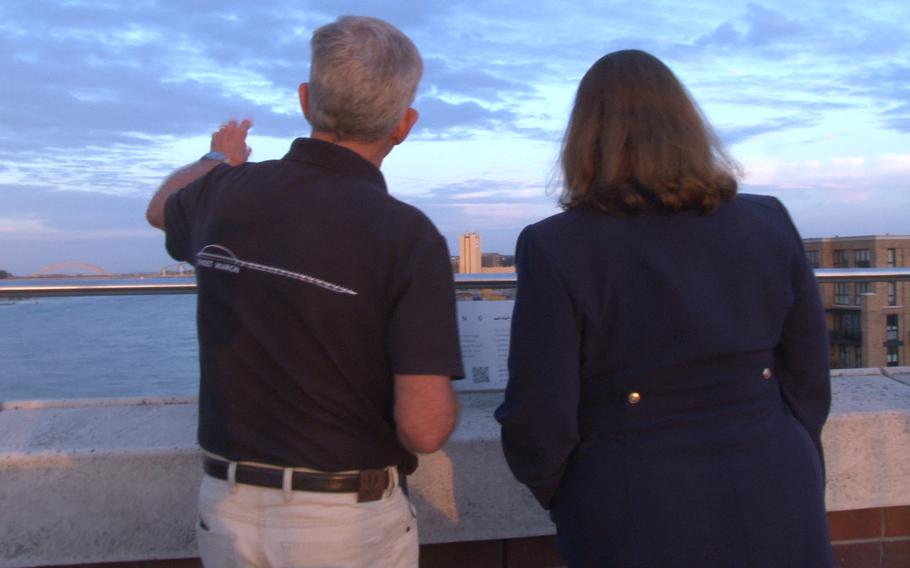 Even the name of the bridge — oversteek means “the crossing” — is a tribute to the paratroopers. The bridge was inaugurated by the last surviving veterans of the battle to retake Nijmegen, and by Barbara Gavin, the eldest daughter of Gen. James Gavin, who led U.S. troops in the assault.

When Ruijling and other Dutch military veterans started the Sunset March, a veteran would walk alone across the bridge.

But word spread and, at first locals, but gradually people from all over the world spontaneously joined in or contacted the organizers of the march, asking if they could walk in silence alongside the veteran.

“There are still nights where you walk alone, and that’s very special,” Ruijling told Stars and Stripes on Friday, when the 2,491st Sunset March took place. “But it's also special that people from all over the world want to walk with you.”

The U.S. charge d’affaires and acting ambassador to the Netherlands, Marja Verloop, and around three dozen members of the Association of the U.S. Army’s European region joined Ruijling and Dutch civilians and military members for Friday’s march.

At the head of the group, alongside AUSA Europe president Tony Williams, Verloop looked up at the street lights and smiled as they lit up, pair by pair.

Every veteran who leads a Sunset March is designated veteran of the day and receives a certificate commemorating their participation. On Friday, that honor went to Williams, who served in the Army for 23 years. 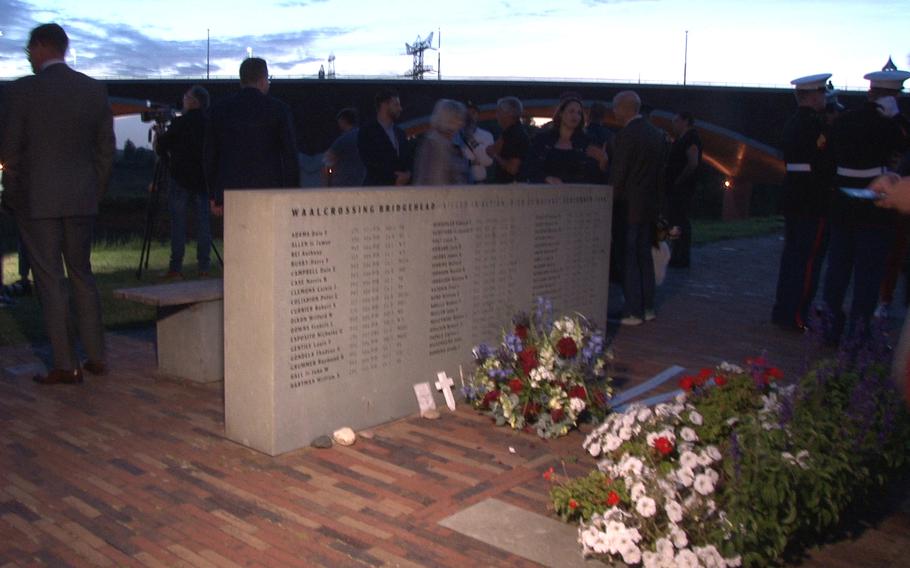 Buy Photo
Two Marines, right, stand by the memorial in Nijmegen, the Netherlands, to 48 U.S. paratroopers who died during the Waal River crossing on Sept. 20, 1944, as part of Operation Market Garden during World War II. (Karin Zeitvogel/Stars and Stripes)

At the far side of the bridge, the group, including four young Marines from the embassy in The Hague, walked down some concrete stairs to a stone memorial honoring the 48 Americans who died in the crossing.

After paying respects to the fallen paratroopers, Verloop, her voice shaking, said she was moved by the thought that the Dutch people remember the sacrifice of the young Americans every evening.

Sunday, Aug. 22, will mark the 2,500th Sunset March. Once again, the lights on the Oversteek Bridge will light up, pair by pair, as a veteran walks alone or leads others across the bridge to the memorial to pay tribute to those who died during the World War II crossing.

“These American soldiers were 18, 19, 20 years old,” Ruijling said. “They probably didn’t know anything about Europe when they came here, but they came and fought for us and were killed in action in Nijmegen.

“They gave their lives to give us the way of life we have now. We have our freedom because of those 48 young men.”