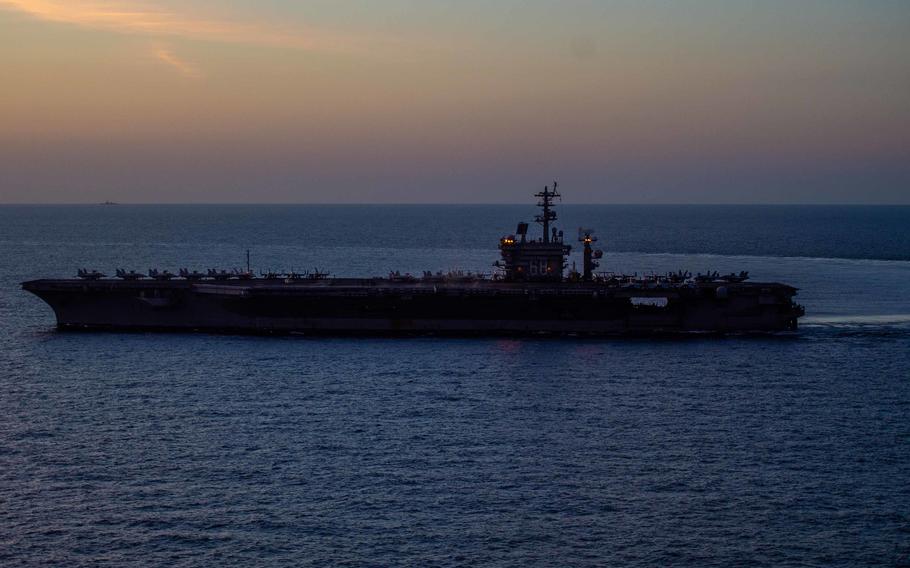 A Chinese aircraft carrier held live-fire exercises in the South China Sea on Saturday, two days after a U.S. carrier strike group arrived in the region, according to Chinese and U.S. sources.

On Thursday, the USS Nimitz Carrier Strike Group entered the South China Sea for the first time on its 2022-23 deployment and carried out several exercises, including maritime strike training, and anti-submarine and flight operations, according to a U.S. 7th Fleet news release Friday.

There was no immediate indication that the ships were in proximity to each other.

The 7th Fleet routinely deploys warships to the region for training and other operations.

A spokesperson for 7th Fleet did not respond to calls or emails requesting confirmation of the report and other questions.

Blinken said both countries agree that Beijing is the “greatest shared strategic challenge” they face, according to a White House readout of the meeting. Hayashi echoed Blinken, adding that China’s challenge is “unprecedented.”

The Shandong's exercises follow a series of naval drills by China last week, including large-scale combat strike exercises Jan. 9 in the Taiwan Strait. During those exercises, Chinese forces sent 57 aircraft and four ships into the strait toward Taiwan, according to a statement Monday from Taiwan’s Ministry of National Defense.