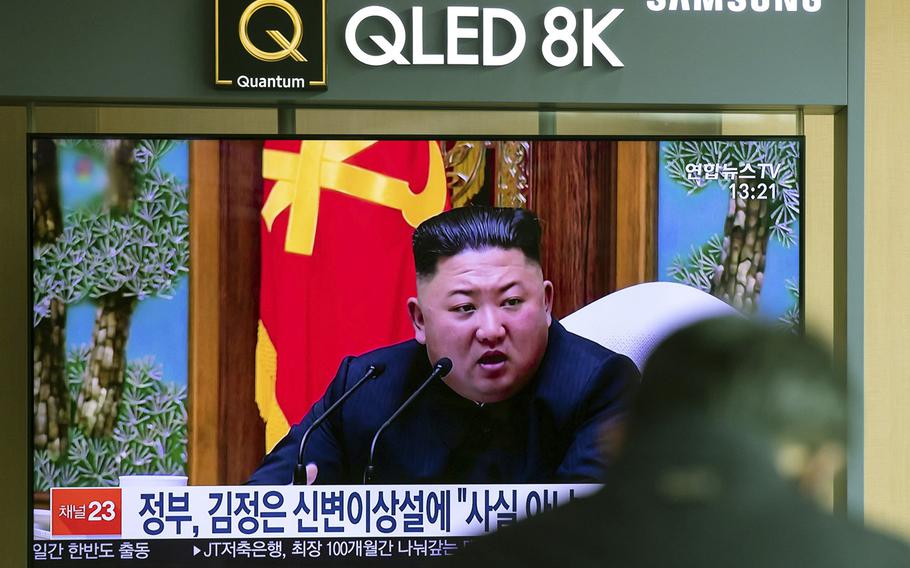 The South's military previously apologized for failing to shoot down North Korean drones that crossed the border Dec. 26 — the first time they had done so in five years — but had denied that the no-fly zone around the top government office was violated in the intrusion. The unmanned aircraft flew over South Korea for five hours, prompting an armed response.

The Joint Chiefs of Staff reversed the denial on Thursday and said one of the five drones had entered the northern end of the 2.3-mile area. It said the initial analysis was modified after an internal review of the military's readiness posture. The unmanned aircraft did not fly directly over the presidential office in central Seoul's Yongsan district, said Col. Lee Sung-jun, a JCS spokesman. The JCS said separately that the safety of the office had not been compromised.

The South Korean military does not have sufficient capacity to detect and intercept surveillance drones that are smaller than 10 feet, though larger and more threatening combat drones can be engaged with more easily, Lt. Gen. Kang Shin-chul, chief director of operations at the JCS, said during a televised briefing last week.

The military scrambled fighter jets and attack helicopters to bring down drones that flew over cities including Seoul, the capital and home to some 9 million people. However, they were limited from a more aggressive response because of concerns about civilian safety, Kang said.

South Korean President Yoon Suk Yeol, who was briefed Wednesday about countermeasures to the drone intrusion, called for an "overwhelming response capability to North Korean provocations that goes beyond proportional levels."

Yoon, a conservative who has given Seoul a more hawkish stance toward Pyongyang since taking office last year, also instructed his defense minister to set up a drone unit and develop anti-drone capabilities, according to presidential spokeswoman Kim Eun-hye.

Yoon also warned this week that he would consider suspending a 2018 inter-Korean military agreement if the North violates the South's territory again. The pact, part of former liberal president Moon Jae-in's efforts at rapprochement with Pyongyang, consists of measures such as setting up buffer zones, ceasing loudspeaker propaganda and demining the heavily armed inter-Korean border.

During his election campaign, Yoon denounced his predecessor's "subservient" attitude toward Pyongyang and promised a tougher stance, even as he offered economic incentives for the North to ditch its nuclear program. Since Yoon became president in May, Seoul has resumed large-scale drills with its closest ally, the United States, to deter North Korea.