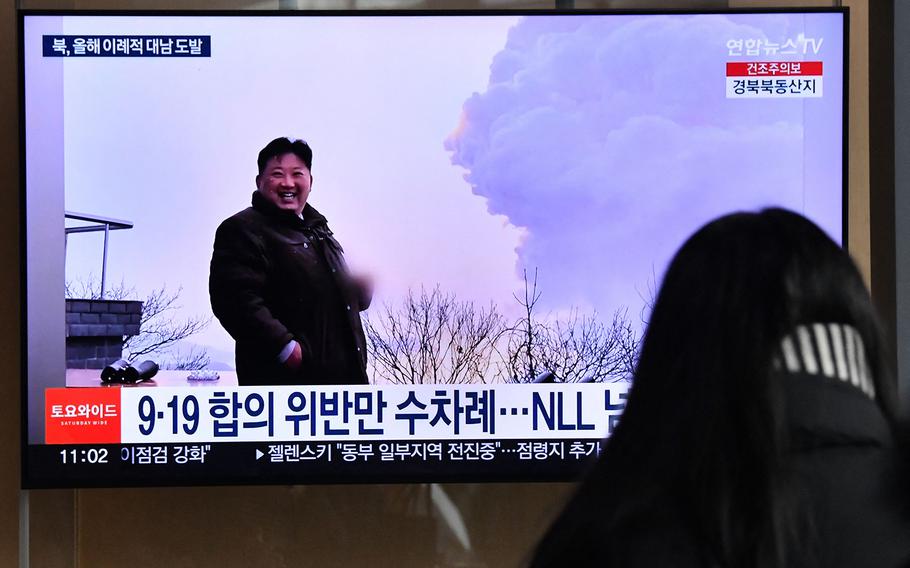 (Tribune News Service) — South Korean President Yoon Suk Yeol said his government is in talks with the U.S. on taking a more active role in managing nuclear weapons on the Korean Peninsula, which would mark a significant shift in a decades-old policy among American allies to deter North Korea.

“While the nuclear weapons belong to the U.S., intel sharing, planning, and training should be done jointly,” Yoon told South Korea’s Chosun Ilbo newspaper in an interview published on Monday. “The U.S.’s stance is quite positive,” he added, telling the newspaper that the policy should be conducted under the concept of “joint planning and joint exercise.” South Korea’s presidential office confirmed the remarks.

Yoon said the strategy of “nuclear umbrella” or “extended deterrence” is no longer reassuring for the public now that North Korea has developed nuclear weapons and a range of missiles to deliver them. Since taking power last May, Yoon has sought to put South Korea on a path of overwhelming military strength against North Korea, which has launched scores of missiles in defiance of United Nations resolutions and is preparing for another nuclear test.

In September, South Korea and the U.S. agreed to cooperate more closely in their first formal talks on extended deterrence in about four years. The two sides agreed to “explore avenues to enhance alliance strategic readiness through improved information sharing, training, and exercises, as they relate to nuclear and non-nuclear threats, including better use of table-top exercises,” according to a U.S. statement at the time.

The U.S. Embassy in Seoul didn’t immediately respond to a request for comment on Monday, a public holiday in South Korea.

Over the weekend, North Korean leader Kim Jong Un pledged to increase his nuclear arsenal in 2023 to stifle U.S. and South Korean hostile acts following a nearly weeklong party meeting. He left almost no opening for a return to long-stalled disarmament talks, calling instead for an “exponential increase” of his nuclear arsenal.

North Korea fired three short-range ballistic missiles on the last day of the year and then launched one more a few hours after the new year started in a defiant show of force that could set the tone for a further ratcheting up of tensions. Last week, Kim’s regime sent five drones across the border into South Korea, temporarily disrupting flights at major airports.

With little threat of new sanctions and plans already afoot to further develop weapons including drones, submarines and missiles, Kim has been honing his ability to deliver a credible nuclear strike against the U.S. and its allies, such as South Korea and Japan.

The North Korea leader has raised tension to levels not seen in years by firing off more than 70 ballistic missiles in 2022, lowering his guardrails for the use of nuclear weapons and saying he sees no need to going back to the bargaining table for talks on winding back his nuclear arsenal in return for relief from sanctions that have largely cut the nation off from the world economy.