China is pausing massive investments aimed at building a chip industry to compete with the U.S., as a nationwide COVID resurgence strains the world’s No. 2 economy and Beijing’s finances.

Top officials are discussing ways to move away from costly subsidies that have so far borne little fruit and encouraged both graft and American sanctions, people familiar with the matter said. While some continue to push for incentives of as much as 1 trillion yuan ($145 billion), other policymakers have lost their taste for an investment-led approach that’s not yielded the results anticipated, the people said.

Instead, they’re seeking alternative ways to assist homegrown chipmakers, such as lowering the cost of semiconductor materials, the people said, asking not to be identified revealing sensitive negotiations.

That would mark a shift in Beijing’s approach toward an industry regarded as crucial to challenging American dominance and safeguarding Chinese economic and military competitiveness. It underscores how the country’s economic ructions are taxing Beijing’s resources and hobbling its chip ambitions — one of President Xi Jinping’s top priorities. That could have ramifications for spending in other critical areas, from the environment to defense.

It’s unclear what other chip policies Beijing is considering, or whether it will ultimately decide to ditch the capital investment-heavy approach that’s worked so well in propelling its manufacturing sector over the past decades. China’s government could still decide to divert resources from other arenas to fund its chipmakers. Representatives for the State Council Information Office and Ministry of Industry and Information Technology didn’t immediately respond to faxed requests for comment.

But the discussions now underway are in stark contrast to Beijing’s prior efforts of pouring colossal resources into the chip industry, including setting up the National Integrated Circuit Industry Investment Fund in 2014.

That vehicle lies at the heart of Xi’s unhappiness with Beijing’s prior philosophy. Known within the industry as the Big Fund, it drew about $45 billion in capital and backed scores of companies, including China’s chipmaking champions Semiconductor Manufacturing International Corp. and Yangtze Memory Technologies Co.

Xi’s administration grew frustrated that tens of billions of dollars funneled into the industry over the past decade haven’t produced breakthroughs that allow China to compete with the U.S. on a more equal footing. In fact, SMIC and Yangtze, arguably the two most advanced Chinese semiconductor players, were crippled by US sanctions.

Senior Beijing officials ordered a flurry of anti-graft probes into top industry figures last summer, blaming corruption for wasted and inefficient investment. The Big Fund is likely to lose its stature as a result, the people said.

All that happened as semiconductors increasingly became a key battleground in the rivalry between China and the U.S. Xi has repeatedly talked about the need for a sense of urgency to resolve China’s so-called chokepoints: areas where the country still relies heavily on the U.S. and other foreign powers, including critical technologies such as chips.

He has implored top officials to achieve self-sufficiency in key technologies as the U.S. moves to isolate China. When he secured a precedent-breaking third term in October, Xi vowed to “move faster” in implementing strategic projects to increase innovation, saying “efforts will be made to improve the new system for mobilizing resources nationwide to make key technological breakthroughs, and boost China’s strength in strategic science and technology.”

In response, Chinese officials recently discussed whether to offer additional incentives for domestic semiconductor companies, the people said. But many reckoned it would be difficult to pool a substantial amount after Beijing had spent heavily to combat COVID over past years, according to the people.

Instead, officials are now asking local semiconductor material suppliers to cut prices to provide support to their domestic customers, the people said.

Weak tax revenue, declining land sales and the cost of stemming COVID has squeezed the government’s finances, pushing the fiscal deficit to a record last year.

Meanwhile, the U.S. is proving increasingly aggressive in going after China’s technological ambitions.

Last year, it accelerated a campaign to contain Beijing’s chip endeavors, wielding various tools including export controls to deter China’s progress in emerging technologies. That was part of efforts to maintain what U.S. National Security Advisor Jake Sullivan called “as large of a lead as possible.”

Its key allies, including the Netherlands and Japan, have also agreed in principle to tighten controls over the export of advanced chipmaking machinery to China, Bloomberg News has reported, in what may be another potentially debilitating blow to Beijing’s grand chip plans. 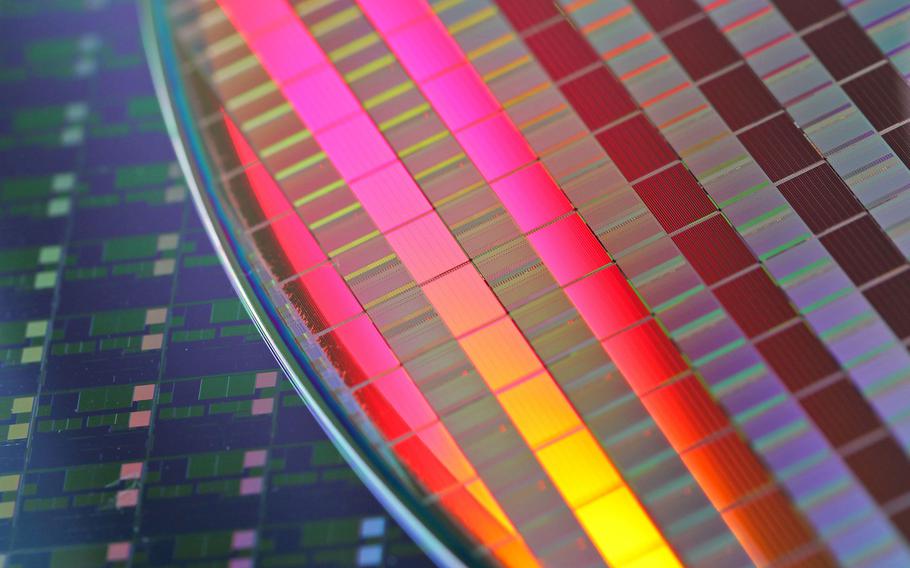