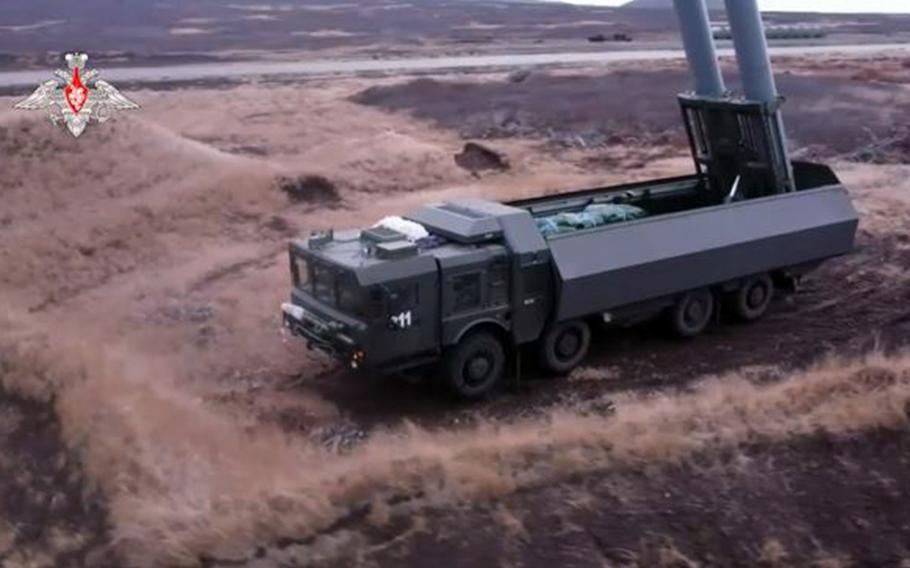 TOKYO — Russia has deployed more coastal defense missiles near disputed islands north of Japan, according to Russian and Japanese officials.

Bastion missile systems, with a range of more than 300 miles, were deployed on the island of Paramushir in the northern Kuril Islands, Russia’s Ministry of Defence announced Monday, Japan’s Yomiuri newspaper reported the following day.

“The Russian military is accelerating its activities in the Far East, including areas surrounding Japan, as it continues its invasion in Ukraine,” Japan’s Chief Cabinet Secretary Hirokazu Matsuno said, according to a transcript of a news conference Tuesday. “The Japanese government will continue to keep close watch of such activities by Russia.”

Russia has established a military camp on Paramushir, a volcanic island in the Kurils about 60 miles long and 12 miles wide just south of the Kamchatka Peninsula, allowing for year-round service, accommodation, recreation and food for personnel, Russian officials said, according to the Yomiuri.

A year ago, Russia deployed Bastion systems to Matua, an island in the central Kurils. Matua, a volcanic island nearly 7 miles long north of Japan’s Hokkaido prefecture, is not one of four Russian-occupied islands in the group claimed by Japan.

Russia deployed a Bastion system to the Southern Kurils in 2016.

In recent years, Russia’s military has expanded facilities on Etorofu, one of the disputed islands north of Hokkaido. In late November 1941, a Japanese fleet that included six aircraft carriers launched from the island’s Hitokappu Bay to attack Pearl Harbor.

After World War II, Russian troops occupied the island and three others nearby and expelled 17,000 Japanese residents. The dispute over the islands, which Japan calls its Northern Territories, remains a source of tension and the reason the nations have yet to sign a peace treaty 76 years after the war.

Japan has joined western economic sanctions on Russia in response to the war in Ukraine.

The latest missile deployment fits with a broader trend of Russian deployments in recent years, according to James Brown, an international affairs expert at Temple University’s Japan campus.

“The purpose is to secure Russian control over the Sea of Okhotsk, which is important as a bastion for Russian nuclear submarines,” he said in an email Wednesday.

The latest deployment does not represent a direct threat to Japan since it's not positioned for offensive purposes and is based on an island that, while once Japanese territory, is no longer claimed by Tokyo, he said.