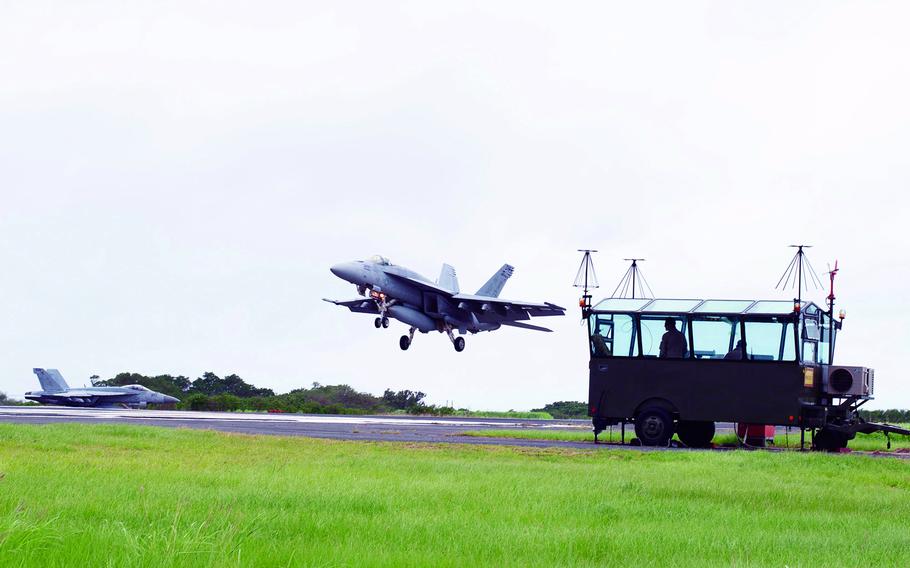 An influential governor in southern Japan has lent his support for a central government plan to build a new Self-Defense Force base to accommodate carrier-landing practice for U.S. naval aviators.

Kagoshima Gov. Koichi Shiota cited a “deteriorating” security environment in his decision to support the proposed base on Mageshima, an island 20 miles south of Kyushu, the southernmost of Japan’s four main islands. Shiota announced his decision to the prefectural assembly on Tuesday, according to his remarks posted on the prefectural website.

The U.S. Navy has conducted carrier-landing training on Iwo Jima, also known as Iwo To, for Carrier Air Wing 5 since 1991, according to the Japanese Ministry of Defense website.

However, Iwo Jima’s distance from Japan’s main island and the difficulty maintaining facilities there has had the Navy looking for another training site for years.

Iwo Jima was the site of a grueling but decisive battle in World War II.

The Defense Ministry plans to complete its environmental impact assessment of the Mageshima site by the end of March before beginning construction on the approximately $1.6 billion project, Japanese public broadcaster NHK reported Tuesday. The construction start date was not available Wednesday.

“Following comprehensive consideration, I concluded that our prefecture has to give understanding to the government’s plan to build a Self-Defense Forces base on Mageshima,” Shiota said. 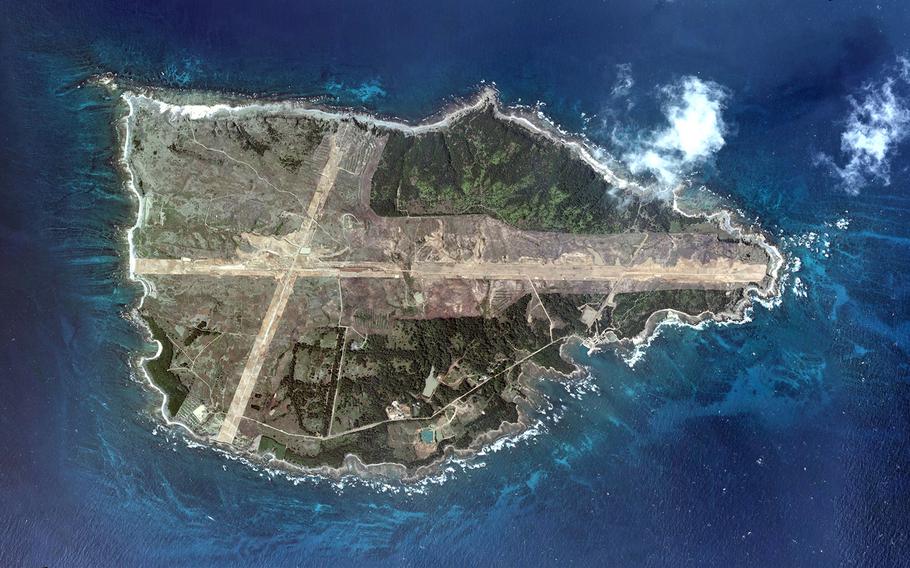 Mageshima, at just over 3 square miles, is flat enough for an airport and runway but would also accommodate training facilities and a port, according to the ministry website.

The Defense Ministry already owns part of the island and plans to buy out the few remaining commercial and private property owners, a spokesman for Nishinoomote city, which has jurisdiction over the island, told Stars and Stripes by phone Wednesday. Some government officials in Japan speak to the media on condition of anonymity as a requirement of their employment.

Building a base on Mageshima was first floated back in 2011, according to documents on Japan’s Ministry of Foreign Affairs website. Field research was conducted in 2019 and an environmental impact assessment began in February 2021.

The assessment is the last step in the process, the defense website said. Approval by Shiota or Nishinoomote Mayor Shunsuke Yaita, who opposed U.S. military use of the island, are not required.

However, their support is essential, Chief Cabinet Secretary Hirokazu Matsuno said in an interview posted to Prime Minister Fumio Kishida's website on Tuesday.

“Since I became mayor, I have exchanged opinions with the Ministry of Defense, thinking about the safety of the citizens, and I have worked hard to relieve anxieties,” said a statement by Yaita posted Monday on the city website. “The opinions about the base are split, and I won’t let them hear from just one side. I will keep making the best decisions with any move we have.”