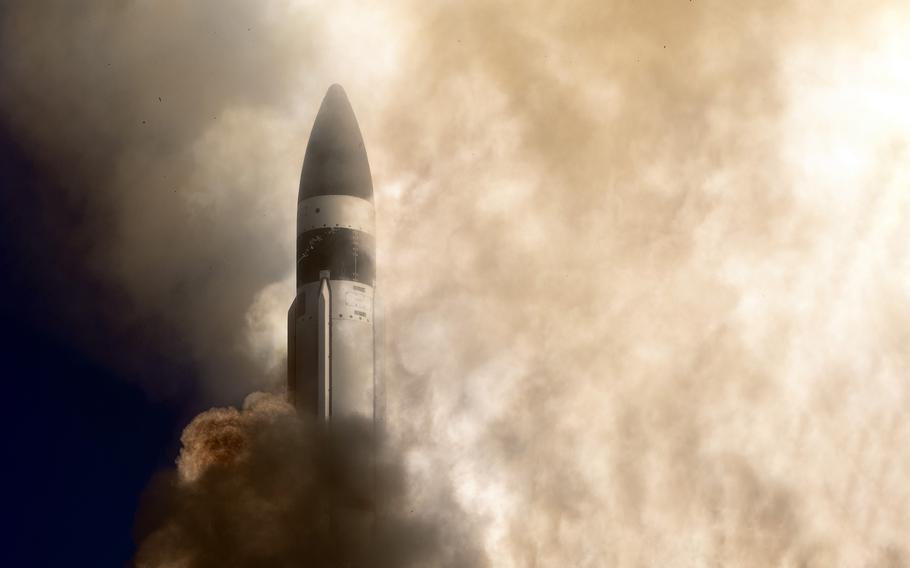 TOKYO – Japan is looking to acquire a “counterstrike capability” to take out enemy missile sites if the country is attacked, the nation’s Ministry of Defense confirmed Tuesday.

A policy document detailing the concept was shown Friday at a meeting of the ruling Liberal Democratic Party and its junior coalition partner, Komeito, the Kyodo news agency reported Saturday, citing an anonymous source with knowledge of the matter.

That meeting was confirmed to Stars and Stripes on Tuesday by a defense ministry spokesman.

“We are not in the phase to answer the specifics since counterstrike capability is currently under review,” he said in a phone interview.

It's customary in Japan for some government officials to speak to the media on condition of anonymity.

“It is being considered within the limits of the constitution and international laws based on the recognition of whether we are equipped enough to protect the lives of Japanese citizens,” he said. “Therefore, we will continue to maintain an exclusive defense-oriented security posture.”

A spokesman for U.S. Forces Japan said Japan and the U.S. must act together to face regional threats but did not speak directly to reports that Japan may acquire preemptive weapons.

“It is operationally imperative for U.S. and Japanese forces to train and equip in a manner that sharpens our already robust readiness and strengthens our ability to deter or respond in the face of coercive and destabilizing behaviors in an increasingly severe security environment in the region,” Air Force Maj. Thomas Barger told Stars and Stripes in an email Monday. 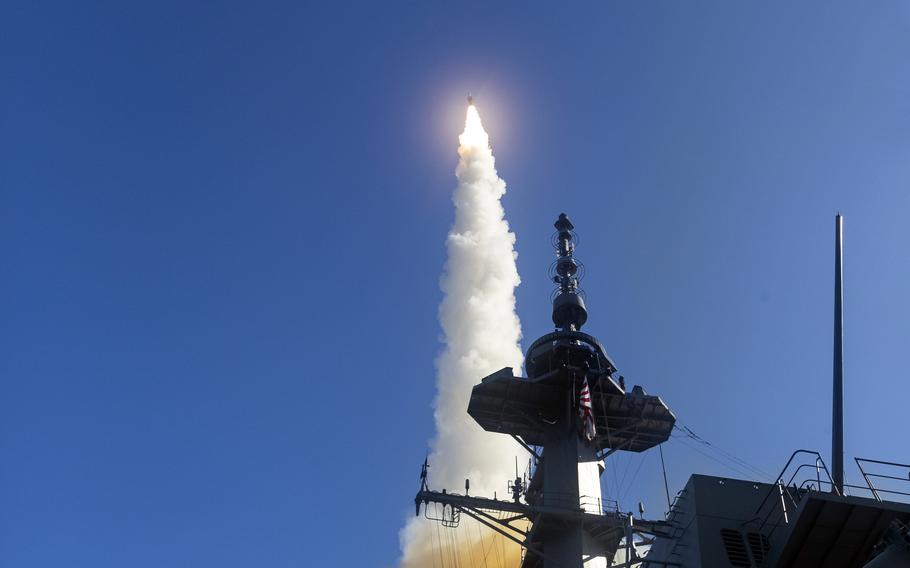 A government-commissioned panel said in a Nov. 22 report to Prime Minister Fumio Kishida that a rapid defense buildup and preemptive strike capability are "indispensable" to counter growing threats in the region, The Associated Press reported that day.

That document will be considered in a revision to the country’s national security strategy ahead of the 2023 budget, the report said. Political parties advocating revisions to Japan’s pacifist constitution hold more than two-thirds of the seats in the country’s diet.

The Liberal Democrats refer to a “counterstrike capability” – what others call a preemptive strike – as a self-defense measure. Its use is constitutional if in response to evidence of an imminent enemy attack, according to the government, AP reported.

Japan’s government is seeking to deploy more than 1,000 long-range cruise missiles with a Taiwan contingency in mind and to close the gap with China’s arsenal, according to sources quoted in an Aug. 21 Yomiuri newspaper report.

Japan is working to extend the range of Type 12 surface-to-ship missiles from slightly over 60 miles to about 600 miles, putting North Korea and China’s coast within range, the report said.

The Tomahawk is “a precision weapon that launches from ships and submarines and can strike targets precisely from 1,000 miles away, even in heavily defended airspace,” manufacturer Raytheon states on its website.

Japan’s Air Self-Defense Force conducted a non-live-fire test Monday of its Patriot Advanced Capability-3 missile defense system in the central prefecture of Fukui, which is home to a number of nuclear power plants, Kyodo reported that day. The PAC-3 missile has a range of just over 18 miles and is designed to shoot down ballistic missiles, according to the Missile Defense Advocacy Alliance.

Earlier this month, a pair of Japanese destroyers shot down targets with the Standard Missile 3 Block IIA, commonly called the SM-3, at a missile range off Hawaii.

The exercise proved that SM-3s are capable of a long-distance strike from Japan’s Aegis-equipped destroyers, Riki Ellison, founder of the Missile Defense Advocacy Alliance, said in an email Monday.

The means to strike enemy bases would make Japan a more capable ally of the U.S. that could act autonomously, if necessary, according to James Brown, an international affairs expert at Temple University’s Japan campus.

“Yet, in almost any conceivable scenario, Japan would be coordinating its actions with the US,” he said in an email Monday. “As such, it makes perfect sense that Japan would work with the US to understand how this new capability can contribute to the alliance.”

For the foreseeable future, Japan’s strike capability is likely to be Tomahawk missiles, Brown said.

“Since this is a US system that the US has used for decades, it is natural that Japan should seek to draw on US expertise and experience,” he said.

“It looks as though Japan is looking to put together a jury-rigged system with whatever missiles are readily available,” he said. “How effective will this be? Who knows? But probably only marginally.”

It's logical for Japan and the U.S. to combine know-how, technology and resources, but Japan will find that counterstrike capability is more than just buying some missiles, Newsham said.

“There's also a requirement for electronic sensor and targeting networks, and this is of course complex and expensive – even if it is within Japan's existing technological capabilities,” he said.