Army alarmed by spate of suspected soldier suicides in Alaska 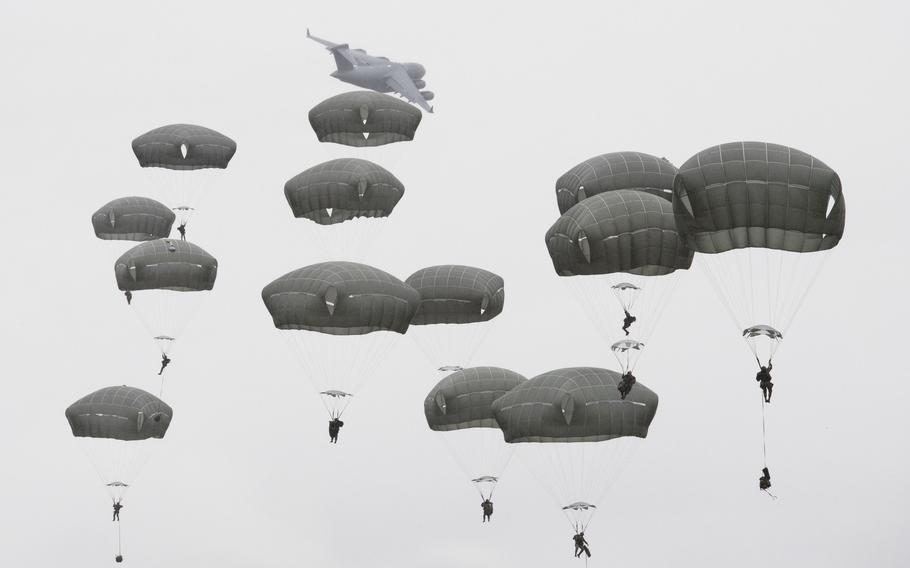 The Army in Alaska is once again grappling with a spike in soldier suicides over the past month after bringing the number down significantly in 2022 through prevention efforts.

Four soldiers — three specialists and one staff sergeant — died between Oct. 10 and Nov. 1, according to data provided Tuesday by the Alaska-based 11th Airborne Division.

The cause of those deaths remains under investigation, but the division’s commander suggested in a letter to the troops on Friday that their deaths were self-inflicted.

“As you may know, we have lost four Arctic Angels in the past 30 days to the enemy of despair,” wrote Maj. Gen. Brian Eifler. “After a significant reduction over the last year, these recent losses are a heart-breaking reminder that this battle is not over.

“We may never know all the factors for this recent spike or the reasons for each of these tragedies.”

The recent deaths follow a pair earlier this year that have been were confirmed as suicides, a sergeant in January and a specialist in July.

Even if the recent deaths are also confirmed as self-inflicted, the six deaths are far fewer than last year’s total of 17 soldier suicides in Alaska.

Soldiers in the state are primarily stationed at Fort Wainwright in Fairbanks or Joint Base Elmendorf-Richardson in Anchorage.

This spring, U.S. Army Alaska — which transitioned into the 11th Airborne Division in June — instituted a series of suicide prevention initiatives.

Chief among them was Mission 100, which mandated wellness checks with behavioral health counselors for 100% of soldiers stationed in the state.

Counselors saw more than 10,000 soldiers during the first 33 weeks of the required counseling sessions, John Pennell, a spokesman for the 11th Airborne, said in an email Tuesday.

“Of those, nearly 1,000 Soldiers have made additional counseling sessions with [Military and Family Life Counselors] for themselves, a family member or for couples counseling,” Pennell said.

“Nearly 3,000 Soldiers who have had a session indicated they would return or they would recommend MFLCs to others, and nearly 5,000 Soldiers have been referred from counseling sessions to other helping agencies such as finance, marriage counseling or the Family Advocacy Program,” he said.

Eifler in his letter said the division will continue to strengthen connections among soldiers, families and leaders and noted that indicators of suicidal ideation are not always readily seen.

“We will also increase access to Chaplains to promote spiritual strength and growth – as research has proven spirituality and a clear sense of purpose is the most robust protective factor,” Eifler wrote.

“Each of us play a critical role, whether as teammates, leaders, Chaplains, family members, or battle buddies,” he wrote. “Reflect on what you can do to care for your team and reduce the chance of someone losing hope.”