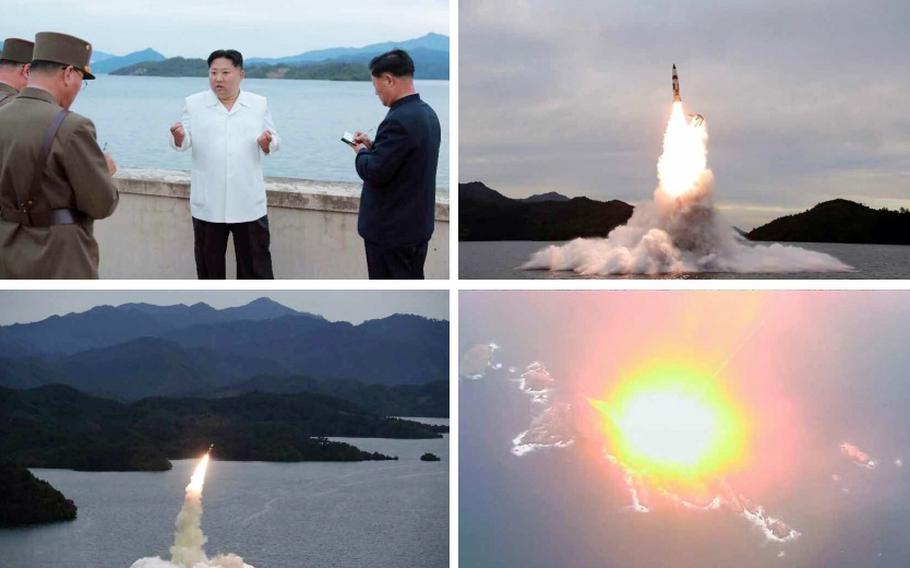 Deputy Secretary of State Wendy Sherman, First Vice Foreign Minister Cho Hyun-dong of South Korea and Vice Foreign Minister Takeo Mori of Japan met in Tokyo for the second time this week to discuss cooperation between the three countries, according to a news release from Japan’s Foreign Affairs Ministry on Wednesday.

The three diplomats “appreciated the recent progress” in cooperation on security matters and agreed to continue working together in dealing with Pyongyang’s provocations, the release said.

North Korea has fired more than 40 missiles in 26 rounds of tests so far this year. The communist regime last launched a ballistic missile and fired over 100 artillery rounds on Oct. 14.

Japan has expressed concern over the flurry of tests, particularly after a North Korean intermediate-range ballistic missile soared over its northern region on Oct. 3. That launch prompted the country to warn citizens to take shelter and halted public during rush hour.

Sherman, Cho and Mori also “strongly condemned” Russia’s invasion of Ukraine and shared concerns that “unilateral attempts to change the status quo by force should not be tolerated” in the East and South China Seas, an apparent reference to China’s interest in absorbing Taiwan.

The diplomats also met on Tuesday to discuss “serious concerns” about North Korean threats, according to a news release from South Korea’s Ministry of Foreign Affairs. Sherman, the release said, “expressed sympathy and support, and reaffirmed the U.S.'s strong commitment” to Seoul.

Despite some lingering territorial and historical disputes, Yoon and Japanese Prime Minister Fumio Kishida have vowed to work together to mend their differences.

“We shared the understanding that if relations between South Korea and Japan return to the good times of the past at an early date and exchanges between businesses and between our people become smooth, it will be of great help to the two countries' economies,” Yoon told reporters on Oct. 7, according to South Korea’s Yonhap News.

On Sept. 30, naval forces from South Korea and Japan joined the aircraft carrier USS Ronald Reagan for anti-submarine warfare drills in the East Sea, also known as the Sea of Japan, for the first time in five years. South Korea’s Ministry of National Defense characterized the exercise as “defensive” and said it was held to “cope with the North Korean nuclear and missile threat.”