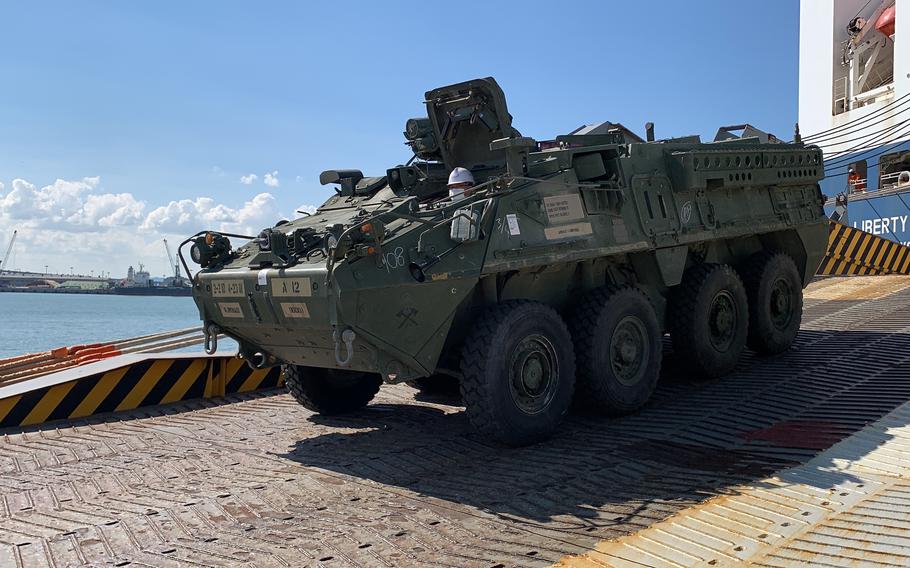 A U.S. Army Stryker vehicle is offloaded from a ship at the Port of Pyeongtaek, South Korea, Oct. 8, 2022. (Andrew Kosterman/U.S. Army)

CAMP HUMPHREYS, South Korea — A Stryker Brigade Combat Team from the 2nd Infantry Division arrived in South Korea on Saturday as part of the Army’s annual rotational force in the country.

Stryker vehicles and other equipment from the 2nd Stryker Brigade Combat Team were offloaded at the Port of Pyeongtaek near Camp Humphreys, according to a news release from 8th Army on Friday. The base is the home of U.S. Forces Korea, U.N. Command, 8th Army and the 2nd Infantry Division.

The division announced in July that the team out of Joint Base Lewis-McChord, Wash., would replace the 1st Armored Brigade Combat Team, 1st Armored Division from Fort Bliss, Texas, which will be returning home after a nine-month tour in South Korea. 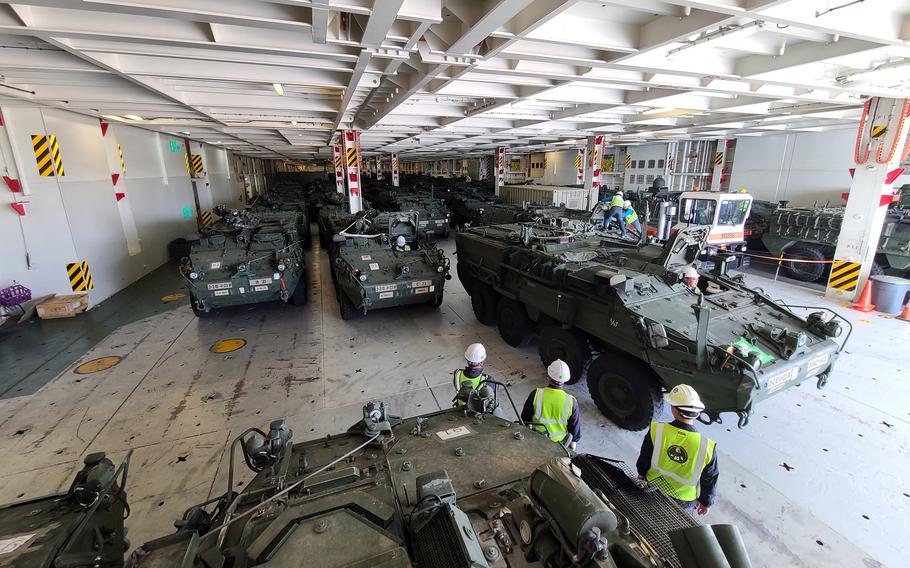 The majority of the new forces will be stationed at Humphreys and at Camp Hovey, roughly 15 miles from the border with North Korea. Around 28,500 U.S troops are stationed in South Korea, mostly at Camp Humphreys.

The Stryker team from Washington will be the 12th rotational brigade since the Korea Rotational Force program launched in 2015.

An Army news release in June said the transition from an armored to a Stryker brigade combat team “would enable the U.S. to maintain capabilities on the Korean peninsula to rapidly respond to any acts of aggression.”

The Stryker team’s arrival in South Korea comes amid a record number of North Korean missile tests. The communist regime has fired over 40 missiles in 24 rounds of tests since January, its most recent launch on Sunday.