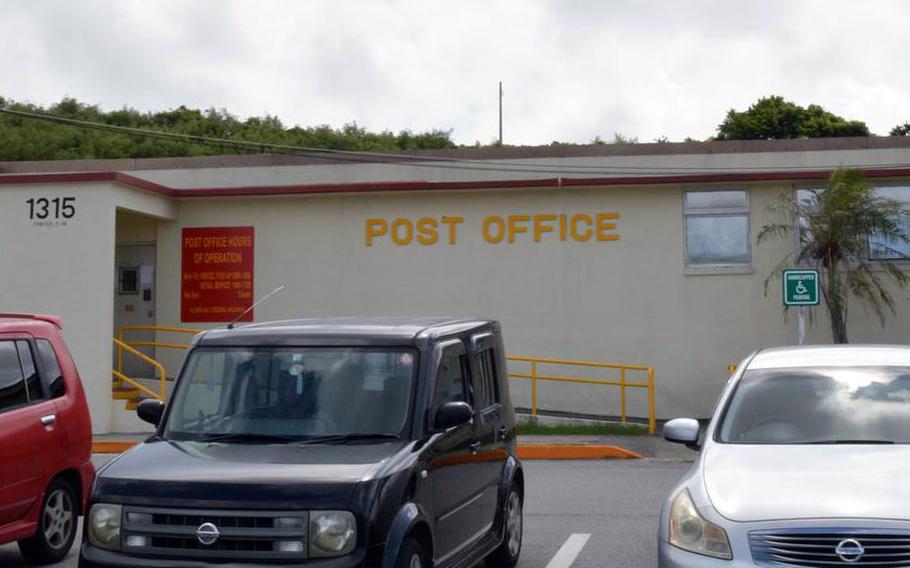 Ken Kominami, 30, was sentenced to 13 years in prison for leading a ring that smuggled illegal narcotics into Japan through the U.S. military postal system on Okinawa. (Frank Andrews/Stars and Stripes)

CAMP FOSTER, Okinawa ⁠— A Japanese man has been sentenced to 13 years in prison and fined about $35,000 for leading a ring that smuggled illegal narcotics into Japan through the U.S. military postal system on Okinawa.

Ken Kominami, 30, who is unemployed and has no fixed address, was first arrested in October 2021 after Japanese police were tipped off to a potential drug-smuggling ring by the U.S. military, a spokesman for Okinawa prefectural police’s organized crime department told Stars and Stripes by phone Tuesday.

Prosecutors said Kominami and nine others imported approximately five pounds of cocaine, two liters of cannabis liquid and nearly four ounces of cannabis flower from unnamed individuals in the United States, a spokeswoman from the Naha District Prosecutors Office said by phone Tuesday.

He was charged with violating Japan’s Narcotics Control Law, the Cannabis Control Act, the Stimulant Control Law and the Customs Act.

Williams was sentenced Dec. 16 to four years in prison and fined approximately $9,000 after he was caught receiving over four pounds of cocaine in the mail, the spokeswoman said.

The first parcel, which contained 2.2 pounds, arrived in June of last year at the Camp Kinser post office and was forwarded to Camp Foster. The second, with 2.75 pounds, arrived that same month at Kinser.

Garner received two years in prison with hard labor and an approximately $4,344 fine on Feb. 18, a court spokeswoman told Stars and Stripes at the time. He had been caught in June 2021 receiving a half-gallon of cannabis liquid and nearly a quarter-pound of cannabis flower at Camp Foster.

Kominami was accused of violating the Narcotics and Psychotropics Control Law after his initial arrest, the police spokesman said. He was arrested several more times in 2021 and 2022 for additional drug offenses.

Kominami pleaded not guilty at trial, the Okinawa Times reported Tuesday. His lawyers said he was unaware of the drugs.

During Friday’s sentencing, Judge Hironobu Ono rejected those claims and said Kominami led the ring and gave instructions to the still unnamed senders of the drugs in the U.S. and the receivers on Okinawa, according to the newspaper’s report. Kominami also possessed and used drugs, Ono said.

“The defendant's criminal responsibility is heavy and he cannot escape a considerable period of imprisonment,” Ono said, according to the Times.

Kominami denied the allegations and appealed the sentencing that same day, the report said.

He has already served 110 days of the 13-year sentence while awaiting trial, the prosecutors’ spokeswoman said. One day will be added to the sentence for every 10,000 yen of the fine he is unable to pay, she said.