US, South Korea wrap up their first large-scale live-fire exercise amid drill season 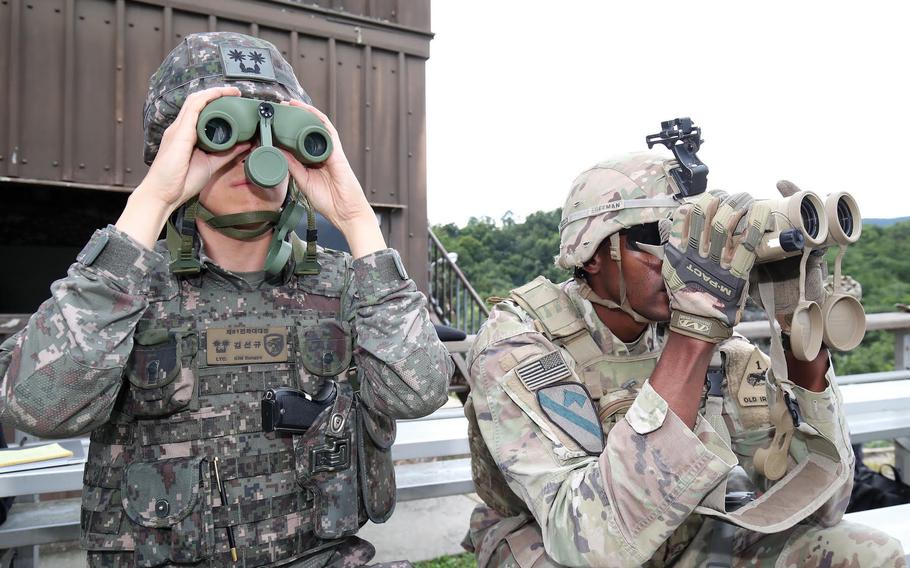 The drills began Monday at four firing ranges and consisted of close-air support from attack helicopters, multiple rocket launchers, mortars and tanks from U.S. and South Korean units, according to a news release from the Ministry of National Defense on Wednesday.

American formations in the exercise included the 7th Air Force and the 2nd Infantry Division, a combined division of U.S. and South Korean troops.

South Korean and U.S. forces carried out the exercise “under a command system of ‘one team’” for the first time since the creation of the 2nd ID as a combined division, South Korean Gen. Kim Namhoon, the division’s coordination chief, said in the news release. 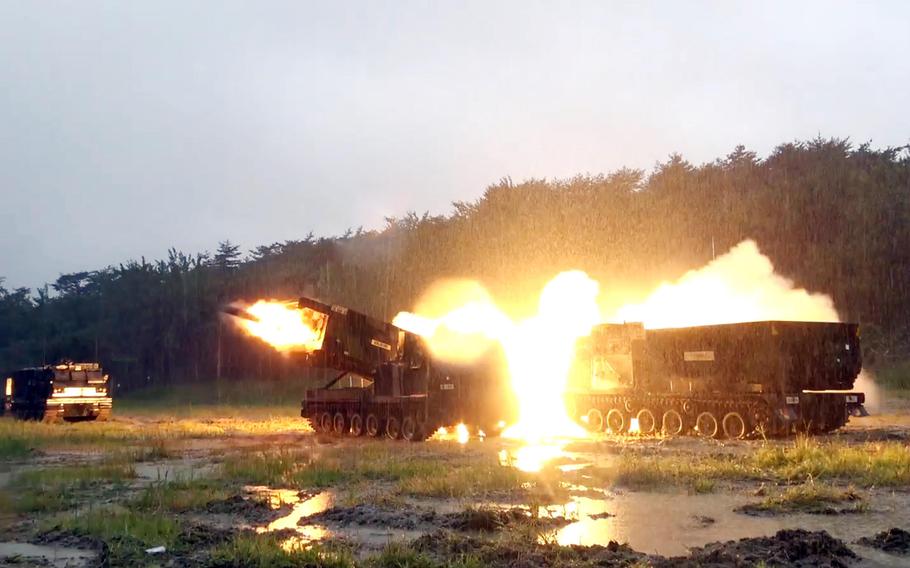 The combined division is the U.S.’s only division-level force that includes troops from another country. It was activated in 2015 to enhance military capabilities between the U.S. and South Korea.

The exercise is expected to “improve capabilities to conduct combined operations through practical combined exercises in the future,” Namhoon said.

In addition to preparing for direct combat, the two sides also trained on sharing information on target acquisition and electronic warfare, according to the release.

Large-scale annual drills in South Korea were temporarily paused or scaled back in 2020 because of the COVID-19 pandemic. Since then, around 99% South Korean troops and over 85% of U.S. Forces Korea personnel have been vaccinated against the coronavirus respiratory disease, according to data provided by the two militaries earlier this year.

Political factors have also played a role in the resumption of military drills. Ulchi Freedom Shield, a separate large-scale joint exercise that ended Thursday (YEP, Sept. 1), kicked off in August after a five-year suspension.

That exercise was paused after then-Presidents Donald Trump and Moon Jae-in of South Korea negotiated with North Korean leader Kim Jong Un for the denuclearization of his country. The drills were a costly venture that provoked Kim, who was warming up to diplomatic advances, Trump said in an ABC News interview in 2018.

Those purported relations have frayed after North Korea fired a record number of missiles this year and is believed by security agencies to have finished preparations for a nuclear test. The communist regime fired over 30 missiles in 18 rounds of tests so far this year and continues to rebuke Seoul and Washington for exercises Pyongyang considers rehearsals for an invasion of its territory.

North Korea strongly opposed the “aggressive” U.S.-South Korean military drills and claimed it was elevating tensions on the Korean Peninsula, according to a statement posted on its Foreign Ministry website on Tuesday.

The U.S. and South Korea have routinely characterized their military exercises as defensive in nature.

“What I would tell you is that these exercises do remain important in terms of ensuring that our militaries can closely work together and be prepared to fight and defend [South Korea] and our partners and allies in the region,” Air Force Gen. Pat Ryder, the Pentagon’s press secretary, said during a news briefing Wednesday.