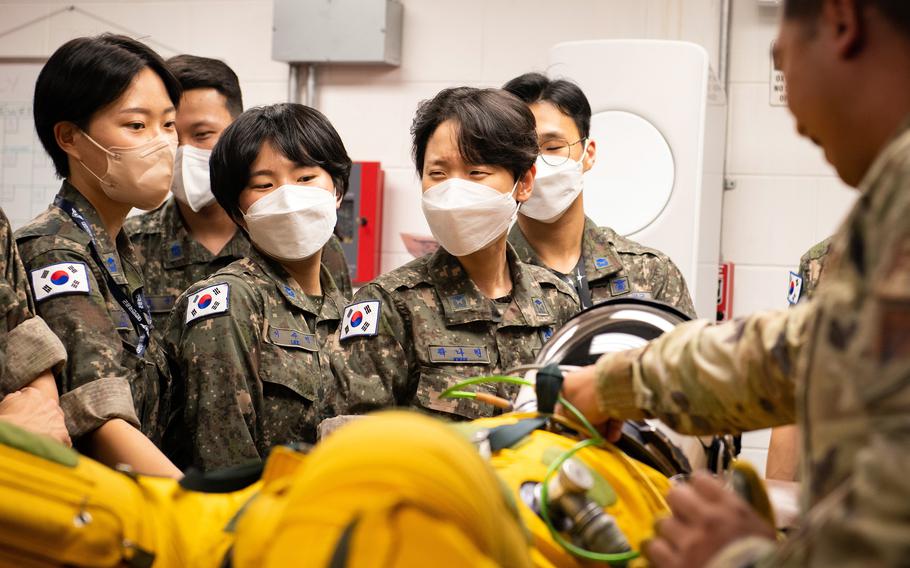 CAMP HUMPHREYS, South Korea — The U.S. military in South Korea reported a jump in new COVID-19 infections last week as the disease continued to spike again across the country.

U.S. Forces Korea counted 442 new cases in the week ending Monday, a 39% increase over 316 cases the prior week, according to an update on the command’s website. USFK is responsible for roughly 28,500 U.S. troops across the peninsula.

The command’s latest report is the highest number of weekly infections since April 11, when it recorded 524 cases. USFK reported its one-week pandemic high, 1,599 new infections, on Jan. 10.

On Tuesday, South Korea reported 151,792 new COVID-19 cases, also its highest daily count in about four months, according to the Korea Disease Control and Prevention Agency.

The spread of COVID-19 is “accelerating again” and daily infections could reach as high as 200,000 cases, Ministry of Health and Welfare vice minister Lee Ki-il said Wednesday.

“The government is going to strengthen inspections and supervision over facilities which are vulnerable to infections, for example, geriatric hospitals and facilities," Lee said during a meeting at the Central Disaster and Safety Countermeasure Headquarters in Seoul.

Lee urged South Koreans to get COVID-19 vaccine booster shots; those at a high risk of developing complications should get a second booster shot. As of Tuesday nearly 88% of South Korea’s population of 51 million people have received a booster shot.

More than 25,380 people have died in South Korea of complications related to COVID-19 since the pandemic began in March 2020. Over 92% of those deaths were at least 60 years old.

As of Tuesday, 20.8 million people in South Korea have contracted COVID-19, according to KDCA.

The government is mindful of mental health concerns amid the surge of COVID-19 cases and intends to bring awareness to support services, Lee said. He said the risk of developing depression increased five times during the pandemic.