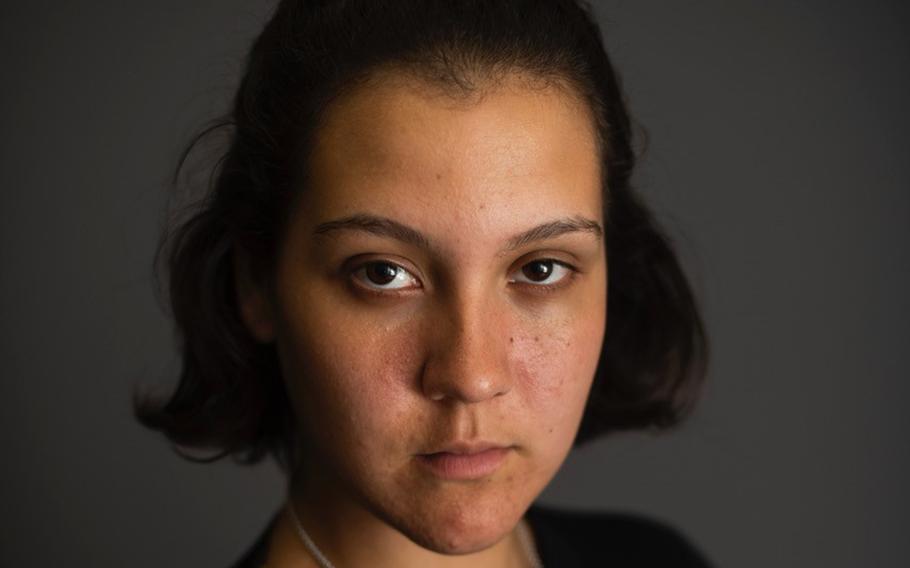 Lance Cpl. Catherine Arnett, 24, of Marine Corps Air Station Iwakuni, Japan, is charged with disobeying a lawful order and missing a movement, offenses under articles 92 and 87, respectively, of the Uniform Code of Military Justice. (Catherine Arnett)

MARINE CORPS AIR STATION IWAKUNI, Japan — A Marine awaiting court-martial on charges she says stem from her refusal to take a COVID-19 vaccine will be tried later this month because of a change in her defense counsel.

Lance Cpl. Catherine Arnett, 24, will now be represented by Capt. Brentt McGee from the Marine Corps Defense Services Organization out of Camp Lejeune, N.C., she told Stars and Stripes by phone Monday.

“I just wanted more gusto in my defense,” she said.

The court-martial, originally scheduled for Wednesday and Thursday, has been moved to Aug. 23-24 at MCAS Iwakuni, about 25 miles from Hiroshima, according to 1st Marine Aircraft Wing spokeswoman Capt. Tess LaBossiere.

Arnett, originally of Fort Worth, Texas, is charged with disobeying a lawful order and missing a movement, offenses under articles 92 and 87, respectively, of the Uniform Code of Military Justice.

Arnett insists she is being prosecuted for refusing to exit the Marine Corps based on her unwillingness to get vaccinated. However, the Marines refute that.

Arnett is accused of missing movements on May 7 and 14 and for refusing an order to take a pre-flight COVID-19 test, according to an email Thursday from 1st Lt. Aaron Ellis, a spokesman for MCAS Iwakuni.

“LCpl Arnett is not being court-martialed for refusing COVID-19 vaccination,” he wrote.

Arnett said she chose McGee based on recommendations by other service members who have faced similar legal issues.

“I have been networked to him through some of my unvaccinated military member groups and he was very reputable with his defense of unvaccinated admin separation boards and other kind of punitive or legal things,” she said.

Arnett said she refused the COVID-19 vaccines because they are tested or produced using stem cell lines that descend from fetuses aborted in the 1970s and ’80s. Her request as a Catholic for a religious exemption, she said, was denied by the Marine Corps and again on appeal.