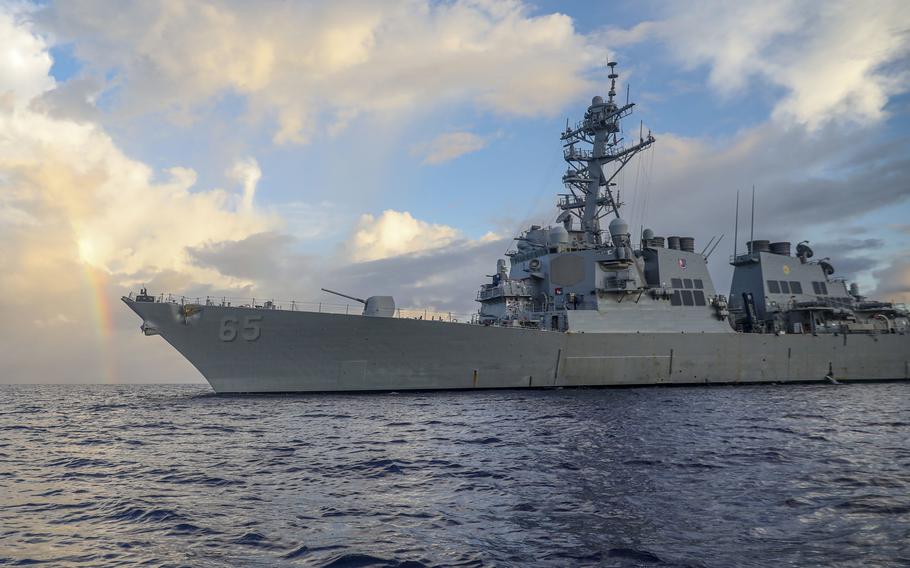 A U.S. guided-missile destroyer steamed past a disputed island chain in the South China Sea on Saturday, the second such operation meant to challenge “excessive maritime claims” in the region since Wednesday.

The USS Benfold cruised around the Spratly Islands, a group of about 100 islands between Vietnam and the Philippines, as part of a freedom-of-navigation operation, the U.S. 7th Fleet said in a Saturday news release.

The Benfold’s presence in the Spratlys comes just three days after it made a similar pass near the Paracel Islands on Wednesday. The two chains are about 500 miles apart.

About 45 islands in the Spratlys are occupied by small military outposts from China, Malaysia, the Philippines, Taiwan and Vietnam, according to the CIA World Factbook website. Similarly, China has occupied the Paracel Islands since 1974 and has about 20 outposts throughout the archipelago.

Both the Spratlys and the Paracels are claimed in full by China, Taiwan and Vietnam, and the operations were meant to challenge “unlawful” restrictions imposed by the three countries, such as requiring permission or advanced notice for “innocent passage” through territorial waters, according to the 7th Fleet. 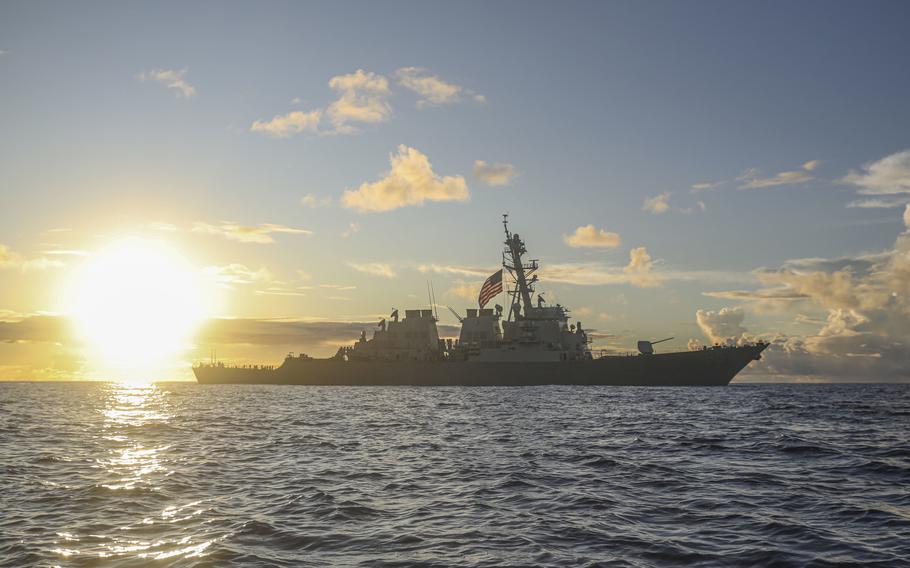 All ships, including warships, have the right to innocent passage through territorial seas under the U.N. Convention on the Law of the Sea.

China considers much of the South China Sea to be its territory, and it regularly denounces the presence of warships in the region.

On Wednesday, China’s Southern Theater Command spokesman Air Force Senior Col. Tian Junli responded to the Benfold’s operation by calling the U.S. a “security risk maker in the South China Sea” and a “destroyer of regional peace and stability,” according to the official China Military Online website.

Beijing had not commented on the Benfold’s passage near the Spratly Islands as of Saturday afternoon.

Saturday’s operation is the fourth of its kind by the Benfold this year.

The destroyer on Jan. 18 cruised the Spratlys, and then turned north to steam through the Paracels two days later.

Beijing responded similarly at the time, with the Southern Theater Command demanding in a statement that the U.S. “immediately stop such provocative actions” and warned of the “serious consequences of unforeseen events.”