Cannabis-smuggling attempt on Okinawa means Japanese prison for US airman 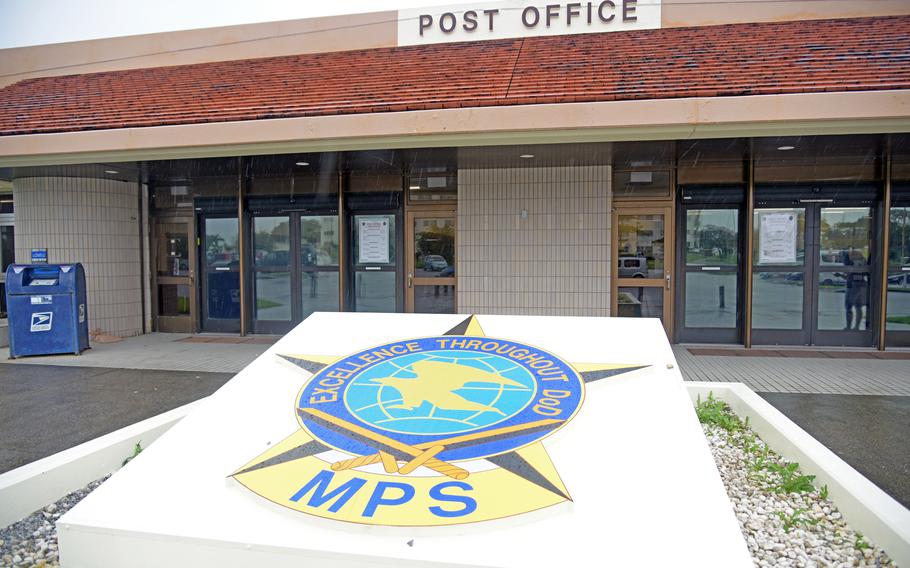 The post office at Kadena Air Base, Okinawa, on Thursday, June 9, 2022. (Frank Andrews/Stars and Stripes)

NAHA, Okinawa – A Japanese court on Friday sentenced a U.S. airman to three years in prison at hard labor and a $5,965 fine for attempting to smuggle cannabis into the country by mail.

Naha District Court this year has handed out several suspended sentences to Americans convicted of similar offenses. But Judge Tetsuro Sato, who sentenced Allen, said a suspended sentence is inappropriate in this case because he “played an important role” in arranging to have the package sent. Allen has 14 days to appeal.

Allen acted “for the purpose of profit,” but “his attempt was unsuccessful,” the prosecutor’s spokeswoman said. Some government officials in Japan customarily speak to the media on condition of anonymity.

Customs officers at Kadena Air Base intercepted the parcel Aug. 2 and found about 2 pounds of dried cannabis inside, according to the indictment. The parcel was sent from Oregon by an “unidentified individual” and arrived at Kadena on July 30.

Allen is assigned to Kadena’s 18 Civil Engineer Squadron, according to a statement from the 18th Wing to Stars and Stripes on Friday.

So far this year, four Marines were given suspended sentences in Naha District Court for unrelated but similar offenses involving lesser amounts of cannabis.