Pelosi to visit Taiwan in first such trip for 25 years, reports say 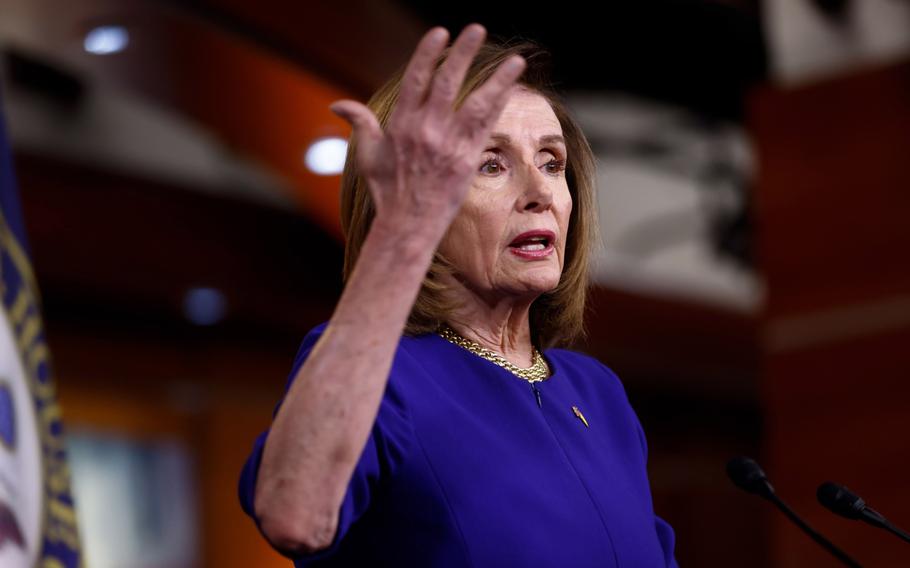 House Speaker Nancy Pelosi is scheduled to visit Taiwan, according to media reports, a landmark display of American support that triggered a diplomatic protest from Beijing.

Pelosi will arrive in Taipei on Sunday following a visit to Japan, according to reports Thursday in both Taiwan and Japan, including by Fuji News Network, which cited people it did not identify. It would be the first visit by a serving U.S. house speaker since Newt Gingrich traveled to Taiwan in 1997.

Pelosi’s office declined to say whether she was traveling to Taipei when contacted by Bloomberg News, citing longstanding security protocols. Taiwanese Foreign Ministry spokeswoman Joanne Ou declined to comment when asked about a potential visit at a press briefing, saying the government will release statement “at the right time.”

Taiwanese President Tsai Ing-wen would welcome the show of diplomatic support at a time when Russia’s invasion of Ukraine has raised concern that China may follow through on its oft-repeated threat to take control of the democratic island by military force. It would represent the latest in a series of visits by senior U.S. officials to Taiwan in recent years and the most high-profile under the presidency of Joe Biden.

Tsai met a bipartisan group led by former chairman of the Joint Chiefs of Staff Michael Mullen in Taipei in February. That was followed a day later by the arrival of former Secretary of State Michael Pompeo on a private trip.

“If she does visit, China will take strong measures and the consequences will be borne by the U.S.,” Zhao said, without giving details on what those steps would entail.

Hu Xijin, former editor-in-chief of the Communist Party’s Global Times newspaper, in a defiant Thursday editorial said such a trip would represent “the most serious provocation by Washington” on Taiwan since the island’s then president, Lee Teng-hui, visited the U.S. in 1996. Hu deemed Gingrich’s visit less serious as he belonged to a different political party than then-President Bill Clinton, even though that affiliation has no standing on the speaker’s seniority in U.S. politics. Pelosi and Biden are both Democrats.

“While the crisis in Ukraine is still ongoing, the U.S. is deliberately taking the offensive toward China,” Hu wrote. “China cannot back down this time.” He called on the People’s Liberation Army to close down Taiwanese airspace on Sunday, by buzzing the island with aircraft including from the “direction of Pelosi’s plane.”

China has steadily increased its military pressure on Taiwan, more than doubling its military forays into Taiwan’s air-defense identification zone to around 950 last year, according to Defense Ministry data compiled by Bloomberg. Chinese military aircraft, including fighter jets and bombers, crossed the median line of the Taiwan Strait two days in a row following Krach’s visit.

Last month, Chinese Foreign Minister Wang Yi reaffirmed China’s commitment to a peaceful resolution over Taiwan, saying that the dispute over the democratically ruled island was “not comparable at all” to Ukraine. Still, he reiterated Beijing’s stance that Taiwan was an “inalienable” part of China and warned that any U.S. efforts to condone “separatists” would lead to “unbearable consequences.”