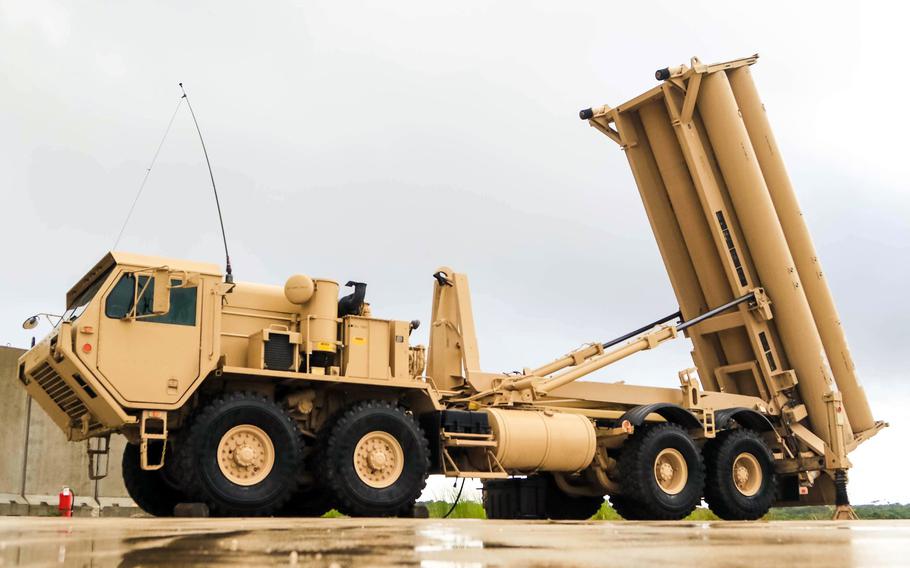 CAMP HUMPHREYS, South Korea — Large-scale military drills with American troops and a U.S.-made missile defense system will be back on the table when South Korea’s new president is inaugurated in May.

President-elect Yoon Suk Yeol and the conservative People Power Party released a statement of their goals for his five-year presidency on Feb. 25. In the document, Yoon and the party called for a “strong national security and defense” bolstered by an ironclad South Korea-U.S. alliance.

Yoon’s policy plans specifically call for the restoration of “broken trust” in the alliance. South Korea President Moon Jae-in’s tenure has been marked by some unease during Donald Trump’s presidency, some of which was predicated on Trump’s claims of trade inequities between the United States and South Korea.

Trump, in private talks with advisers and closed-door speeches, threatened to withdraw some of the 28,500 U.S. troops from South Korea, citing an unequal cost-sharing agreement to station those forces in the country, according to multiple news reports and a White House memoir written by former national security adviser John Bolton.

Under the Trump and Moon administrations in 2018, the U.S. and South Korean militaries began conducting smaller computer simulations in lieu of large field exercises. The two leaders suspended the joint drills and described them as costly and detrimental to lowering tensions with North Korea. 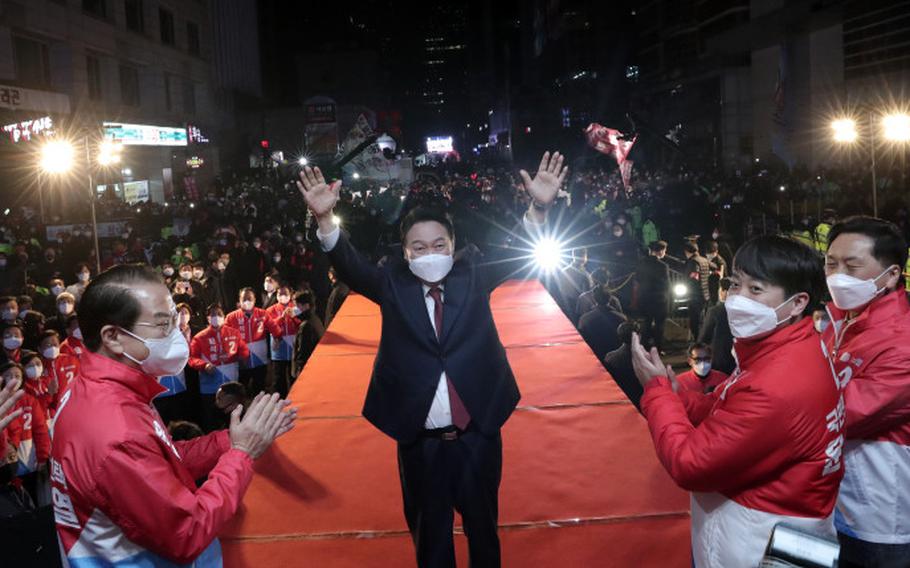 North Korea denounces the U.S.-South Korean military exercises and in articles published in its state-run newspaper describes them as “hostile” behavior.

Yoon’s plans also appear to undercut Moon’s unwillingness to deploy an additional U.S.-manufactured missile defense system in the country. The $800 million Terminal High Altitude Area Defense system, or THAAD, was deployed to South Korea in 2017 as a defensive measure against North Korean missiles.

The THAAD battery’s deployment prompted China to retaliate financially against South Korea, which resulted in an estimated $7 billion loss to the economy, according to South Korean lawmakers.

“Securing deterrence against the North Korean threat is a matter of sovereignty, and Seoul should remain open to additional deployments of THAAD in proportion to North Korea’s growing missile threat,” Yoon wrote in an opinion column published Feb. 8 in Foreign Affairs magazine.