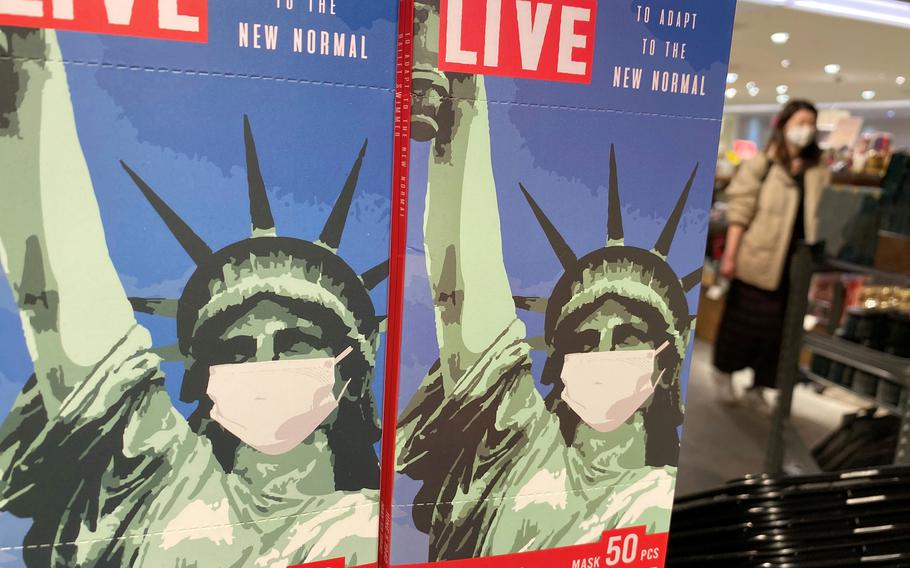 TOKYO — Japan’s capital city confirmed another 12,251 new COVID-19 infections Thursday, a slight drop from the previous day but more than a week prior, according to public broadcaster NHK.

The air station reported 20 new cases for roughly the same period, and another 11 on Wednesday, the following day, according to news releases from the base.

Yokosuka Naval Base, the U.S. 7th Fleet’s homeport south of Tokyo, reported 17 people tested positive, according to USFJ. The naval base had 38 in the previous update.

Okinawa prefecture, where the bulk of U.S. forces are stationed, including units of the III Marine Expeditionary Force and the Air Force’s 18th Wing, reported 996 people tested positive for COVID-19, along with 63 people in the U.S. military community, according to the prefectural Department of Public Health and Medical Care.

New case numbers among Okinawans averaged 628 per day between Feb. 22 and Monday but increased to an average 997 over the next three days, according to the department’s daily reports.