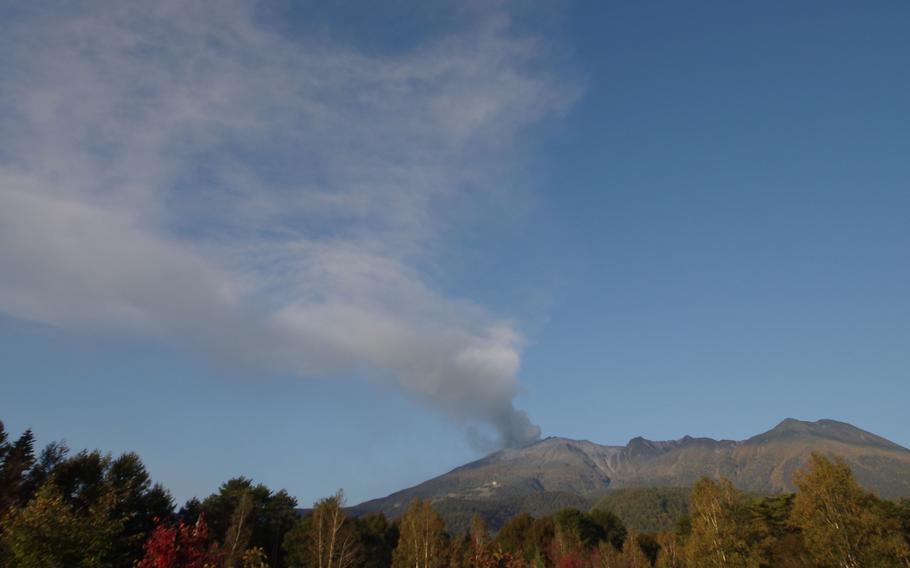 TOKYO – Japan’s weather agency raised its alert level for a volcano near the center of the country that erupted in 2014 leaving 63 people dead or missing.

Mount Ontake, a 10,062-foot volcano about 175 miles west of Tokyo on the border between Nagano and Gifu prefectures, has been at a Level 2 alert since Wednesday, according to the Japan Meteorological Agency. That’s the highest alert there since Aug. 21, 2017.

A Level 2 alert means the erupting volcano may hurl rocks up to 3,280 feet from its crater, according to the agency.

Ontake was at Level 1, which signals "potential increased activity," on the agency’s five-level alert system.

Increased tremors have been detected at the mountain since Wednesday afternoon. Ninety-seven earthquakes were recorded from 2 p.m. to 6 p.m. that day, the agency said.

The agency urged people to stay out of the danger zone in Otaki village and Kiso town in Nagano prefecture and Gero city in Gifu prefecture.

After the eruption, officials at Yokota Air Base in western Tokyo warned residents and their pets to stay indoors to avoid breathing ash that could fall on the installation. However, no ash was observed in the area.

Visitors have not been allowed on the mountain during the winter season since 2014, Kyodo News reported Thursday.