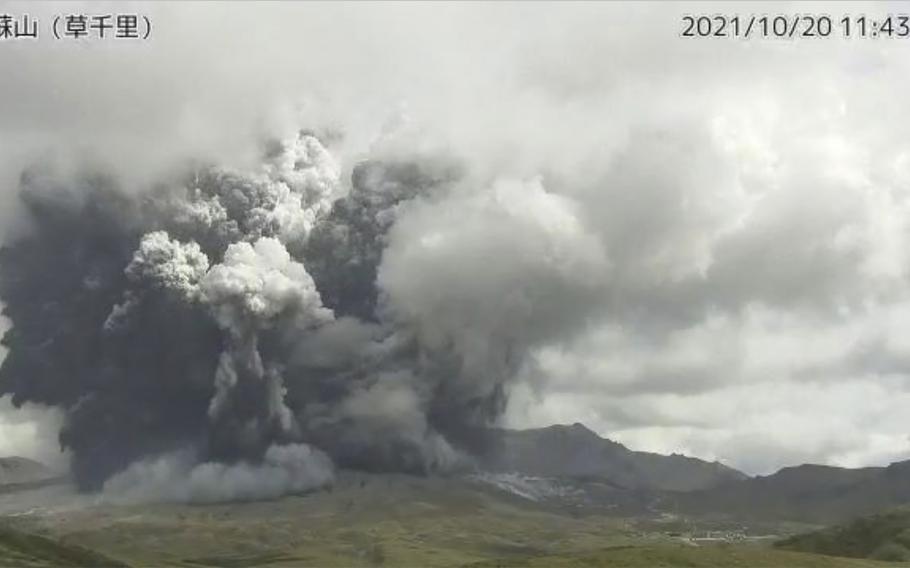 TOKYO — A volcano in southern Japan erupted Wednesday with a massive column of gray smoke billowing into the sky.

The Japan Meteorological Agency raised the warning level for Mount Aso to three on a scale of five, warning hikers and residents to avoid the mountain.

NHK national television aired footage of a massive smoke column above the volcano.

The warning was issued for the city of Aso and two nearby towns in Kumamoto prefecture, which is in the north-central region of the southern island of Kyushu.

Yoshihiko Isozaki, the deputy chief Cabinet secretary in the national government, said it is still collecting information on the eruption.