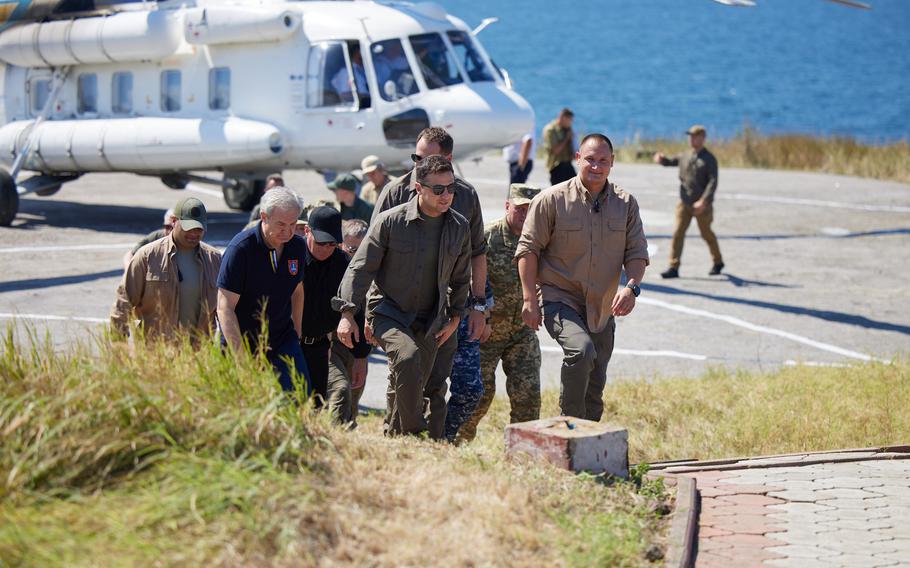 Chinese state media left Russia’s invasion of Ukraine off their front pages Friday as Beijing weighed its response, even as the outbreak of war in Europe dominated conversations on Chinese social media.

People’s Daily, the mouthpiece of the Communist Party, put the war on the bottom of page three on Friday, carrying a small piece on Foreign Minister Wang Yi’s call with his Russian counterpart and criticism of the U.S. for “hyping” a military offensive that British Prime Minister Boris Johnson called the biggest conflict in Europe since 1945.

The official Xinhua News Agency’s website on Friday morning relegated the crisis, which Japanese Prime Minister Fumio Kishida said “struck at the very core foundation of our international order,” to a bullet on the site. In its media section, it showed people in the Ukrainian capital, Kyiv, going about daily life. While state broadcaster CCTV had some on-the-ground coverage, the front page of its app didn’t mention Ukraine. A story by state-backed news site Jiemian, titled “The most difficult day for Ukrainians,” was censored within hours.

Beijing is struggling to articulate a position on Russia’s invasion of Ukraine that allows it to join hands with Moscow in opposing U.S. hegemony while still furthering its goal to be seen a responsible global power. President Xi Jinping has yet to comment on his Russian counterpart Vladimir Putin’s invasion, which comes weeks after China and Russia released a joint statement declaring their friendship had “no limits.”

“This has happened before when Beijing leaders are themselves following a tricky breaking story and trying to figure out which side to land on,” said Sarah Cook, research director for China, Hong Kong, and Taiwan at Freedom House, a U.S.-based advocacy group. “They are buying time and in a few days, when conditions on the ground in Ukraine become clearer, we may see a more outspoken, consistent message.”

There are still some 6,000 Chinese citizens in Ukraine. Beijing has to work out an evacuation plan, said Maria Repnikova, an assistant professor in global communication at Georgia State University. “We should watch out for what assistance, if any, China would provide to Russia as the sanctions hit,” she added.

At a tense Foreign Ministry press briefing Thursday, spokeswoman Hua Chunying repeatedly sidestepped questions about whether Beijing considered Moscow’s military incursion into Ukrainian territory an invasion. China “didn’t wish to see what happened in Ukraine,” she said, adding that the sovereignty and territorial integrity of all countries must be protected.

Chinese state media has followed suit, largely avoiding language such as “invade” to describe Russia’s attacks, instead calling them a “special military operation.” The state-backed Beijing News earlier this week asked reporters to avoid criticizing Russia or carrying pro-Western voices, according to editorial guidance posted on its social media accounts that was later deleted.

That caution stands in contrast to Chinese social media, where nine out of ten top trending topics on the Twitter-like Weibo were related to the Ukraine crisis Friday morning. Ukrainian President Volodymyr Zelenskyy’s remarks that he’d been “left alone” by the West topped the trending list, with as many as 490 million views.

Many users replied saying the U.S. wasn’t trustworthy, and called on Taiwanese people to abandon the idea Washington would defend the self-governed island in the wake of an invasion by China, which deems it part of its sovereign territory. One user wrote: “Taiwan compatriots please keep your eyes wide open.”