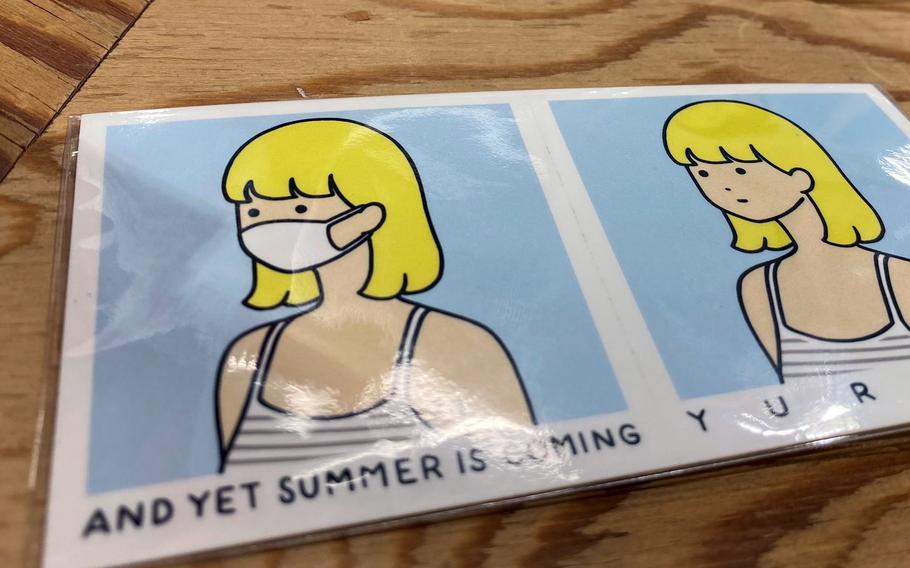 TOKYO — The coronavirus continued to infect tens of thousands of people across Japan on Wednesday, even though new case numbers overall are falling week after week.

Tokyo confirmed another 14,567 people had contracted COVID-19 on Wednesday, public broadcaster NHK reported. That’s about 3,100 more people than Tuesday and the highest one-day count since 16,129 on Friday.

However, Wednesday’s tally is 2,764 less than the count on Feb. 16, according to metropolitan government data online.

Japan on Tuesday reported a pandemic one-day record number of COVID-19-related deaths, 322, according to the Johns Hopkins Coronavirus Resource Center. Another 69,447 people across the country tested positive.

The U.S. military in Japan recorded a handful of new cases on Wednesday by comparison.

Kadena Air Base on Okinawa accounted for 21 of those cases, followed by Yokosuka Naval Base south of Tokyo with 12, according to USFJ. The Marine Corps’ Camp Hansen, also on Okinawa, reported nine.

Okinawa prefecture, where the bulk of U.S. forces are stationed, on Wednesday said 737 people tested positive for COVID-19, plus nine in the U.S. military population on the island, according to the prefectural Department of Public Health and Medical Care.

U.S. Army Japan, headquartered 25 miles southwest of central Tokyo at Camp Zama, said 22 people tested positive for the coronavirus between Feb. 16 and Wednesday, according to an Army news release.

Of those, 17 were already quarantined as close contacts and four reported COVID-19 symptoms prior to testing. One person was in restriction of movement after recently arriving in Japan.

Marine Corps Air Station Iwakuni, south of Hiroshima and an early hotspot in the sixth wave of COVID-19, said 19 people tested positive there between Friday and Tuesday, according to a base news release Wednesday.

Sasebo Naval Base on Kyushu island reported one new case Wednesday, according to a post on its official Facebook page. The naval base has three active cases.