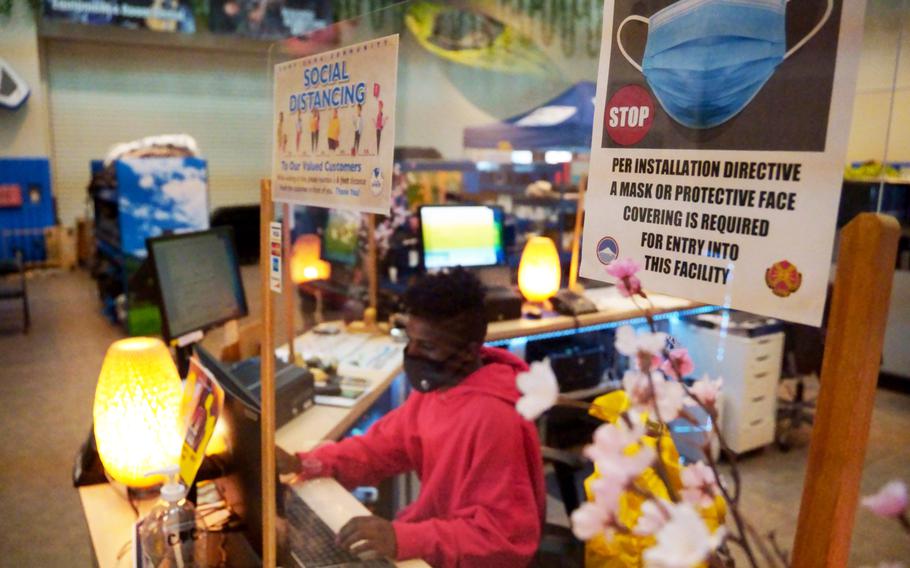 TOKYO — New COVID-19 cases on U.S. military bases fell below 100 for the first time in three weeks on Friday while the respiratory disease held tight across Japan.

U.S. Forces Japan reported 78 new cases at 13 installations, from Misawa Air Base in the northeast to Air Force and Marine Corps bases on Okinawa. Four cases are pending confirmation, and none are hospitalized, according to USFJ’s online update. The command, which oversees about 55,000 service members, reported 135 new cases in its Thursday update.

Although USFJ has not posted updates every day, its numbers have steadily declined from 715 new cases Jan. 19.

Meanwhile, Tokyo reported 18,660 people tested positive for the coronavirus, the third straight day the city has counted more than 18,000 new infections, according to public broadcaster NHK and metro government data.

Friday’s new caseload was 1,138 fewer than one week prior, according to metro data. And the seven-day moving average of new cases in Tokyo fell to 17,849 on Thursday, from a high of 18,575 on Tuesday. 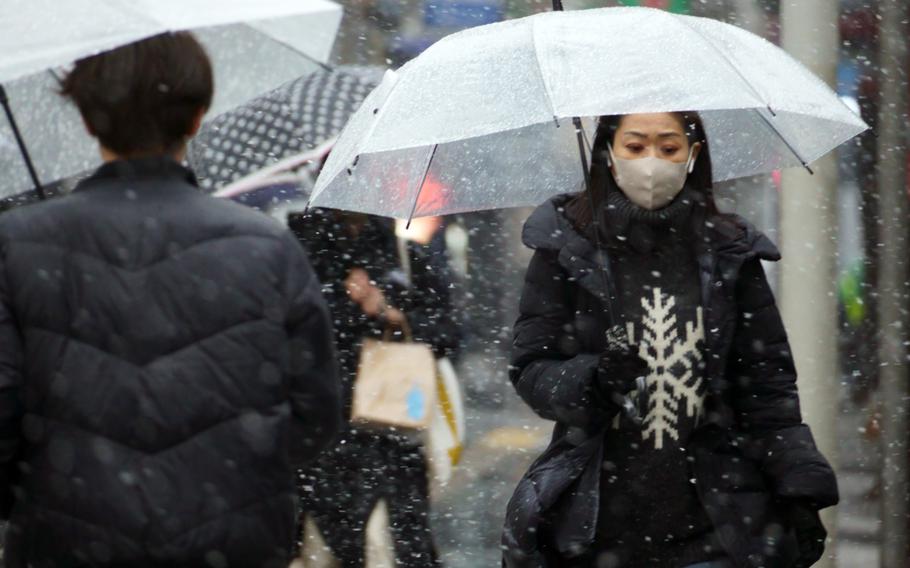 Snow falls near Tokyo Station on Thursday, Feb. 10, 2022. The city has counted more than 18,000 new COVID-19 infections for three days in a row. (Akifumi Ishikawa/Stars and Stripes)

Tokyo, its three neighboring prefectures and nine others are under a quasi-emergency until March 6, a three-week extension to the coronavirus public health emergency that was set to expire Sunday. The emergency asks bars and restaurants to close early, limit group sizes and refrain from alcohol sales. Residents are asked to avoid travel outside their home prefectures.

Japan posted another 99,604 new cases Thursday and 164 deaths stemming from COVID-19, according to the Johns Hopkins Coronavirus Resource Center. The seven-day average on Thursday stood at 93,814 new cases, a dip from the sixth-wave high of 94,491 the previous day.

Among U.S. military bases, Kadena Air Base on Okinawa reported 19 cases, the high number on Friday. The air base has 113 active cases, according to an update on its website. That number has fallen from 307 on Feb. 1.

Okinawa prefecture, home to the bulk of U.S. forces in Japan, reported 643 new cases Friday, the fourth consecutive day that number has exceeded 600, and 53 within the U.S. military population, according to the prefectural Department of Public Health and Medical Care.

Yokosuka Naval Base, homeport of the 7th Fleet south of Tokyo, reported 14 new cases Friday and 45 on Thursday, according to USFJ. The naval base said it had 358 active cases as of Thursday.

U.S. Army Japan accounted for no new cases on Friday and five on Thursday, according to USFJ’s updates.

Stay at home if you feel ill, or are at risk for contracting COVID-19, said a Friday post on the command’s Facebook page. Avoid buffet-style food, use disposable or personal utensils, practice social distancing, wash hands often and wear a mask.