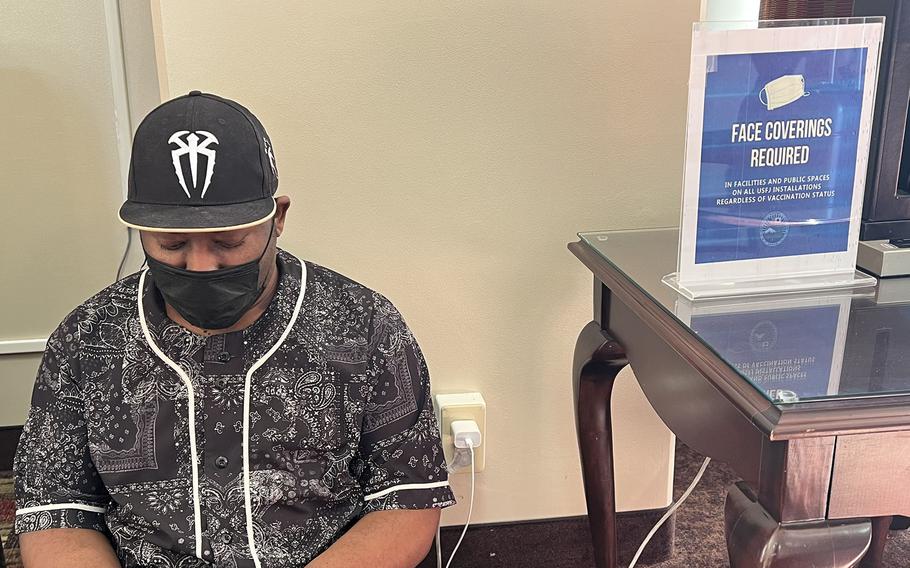 Airman 1st Class Joseph Butler of the 18th Security Forces Squadron at Kadena Air Base, Okinawa, wears a mask inside the Kanto Lodge at Yokota Air Base, Japan, Jan. 14, 2022. (Kelly Agee/Stars and Stripes)

The emergency may also extend to Okinawa, Yamaguchi and Hiroshima prefectures, where public health emergencies were declared even earlier as the sixth wave, the omicron phase of the pandemic, took hold in December. The state of emergency would expire Feb. 20, beyond the original Jan. 31 deadline set last week. 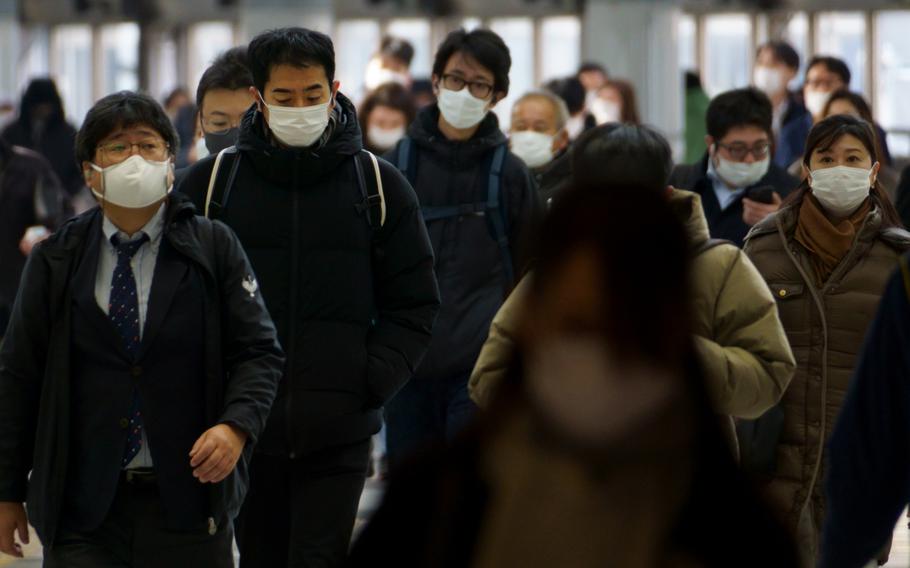 Japan reported 44,663 new COVID-19 infections nationwide on Monday, according to the Johns Hopkins Coronavirus Resource Center, a drop from the record 54,411 on Saturday.

U.S. Forces Japan on Tuesday reported 202 new cases of the coronavirus respiratory disease at 16 installations, with one individual awaiting confirmation. On Monday, the command reported 246 infections from the preceding day along with 15 unconfirmed cases at 16 installations.

Although numbers have fluctuated, new infections reported by USFJ on a daily basis have fallen from 810 cases on Jan. 12.

None of the U.S. military cases are seriously ill or hospitalized, according to USFJ.

The U.S. military population passed another day of a three-week isolation period scheduled to end Monday. The stay-at-home order keeps more than 55,000 service members, plus civilian employees and family members mostly restricted to their military installations or their homes off base.

The order, first imposed Jan. 10 for two weeks, was extended another week on Friday as case numbers across Japan rapidly multiplied and emergency measures in 12 prefectures went into effect.

Although the omicron variant, so far, comes with less severe illness, it is more easily transmissible, resulting in many more infections. Tokyo on Monday reported 36.7% of the hospital beds set aside for COVID-19 patients are occupied, along with 2.4% of beds for severely ill patients.