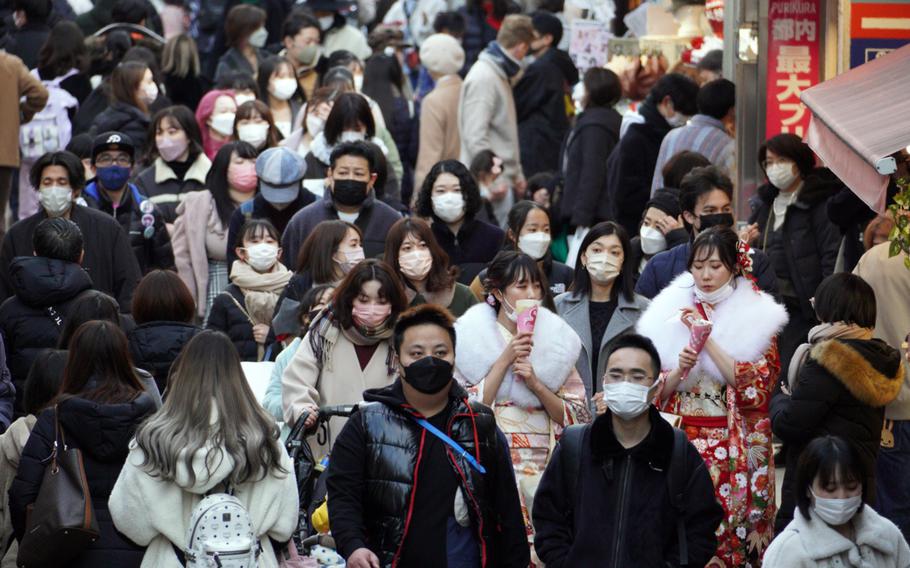 TOKYO — The U.S. military population in Japan is getting re-acquainted with Netflix queues and phrases like “essential services” again after a pandemic stay-at-home order took effect at bases across the country on Monday.

U.S. Forces Japan and the Japanese government agreed over the weekend to reduce nonessential, off-installation travel by American service members, Defense Department employees and their families for two weeks to curb the spread of COVID-19. USFJ also imposed a separate but related 10 p.m. to 6 a.m. curfew.

“We've had significant worsening of our COVID conditions here over the past few weeks,” Brig. Gen. James Wellons, USFJ deputy commander, said Monday on American Forces Network radio. “We believe that this is directly related to the omicron variant, which we are all reading about in the news every day.”

The limits were imposed following a surge in coronavirus cases across the country that Japanese politicians attributed to Americans arriving in the country since December. U.S. bases are reporting record numbers of COVID-19 cases, but no hospitalizations.

Most travel is off the table until Jan. 24 for Americans who fall under the status of forces agreement, according to a statement from USFJ on Sunday. SOFA outlines the rights and responsibilities of those associated with the U.S. military in Japan. More than 50,000 uniformed serviced members are stationed in the country.

At Yokota Air Base in Tokyo, for example, trips to Yokohama’s Chinatown, to winter illuminations and a sumo tournament in the coming weekend are canceled; a skiing excursion to Nagano prefecture is likewise off the schedule. 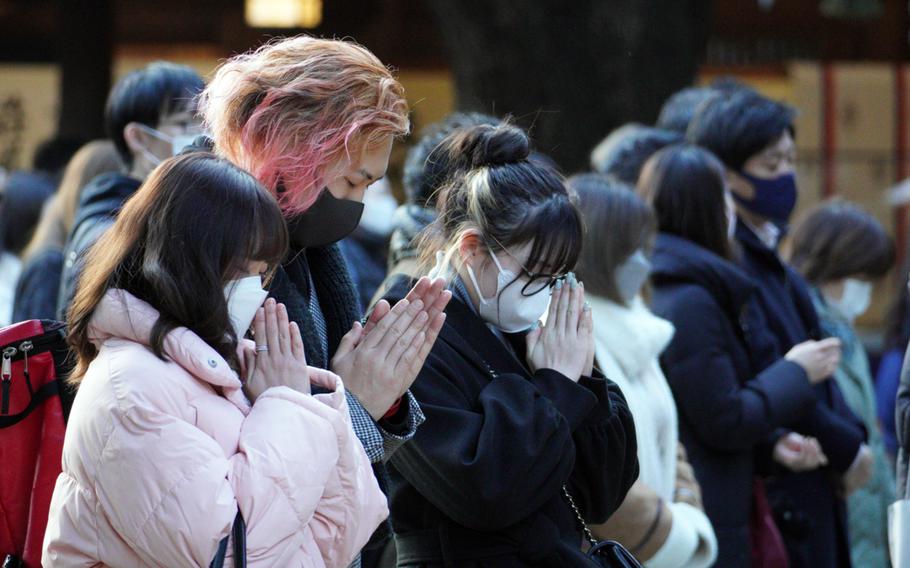 International travel from Japan is possible with an exception to policy. A hardship leave program, Funded Environmental Morale Leave, or FEML, is still available through the Patriot Express, Wellons said. He said the program will likely expand.

However, for two weeks, no one may leave their installation for anything but essential services like doctor visits, grocery shopping and takeout meals.

SOFA members who live off base may travel only to and from their installation, although public transportation is permitted. They are also limited to essential services, but they may run or bike for exercise in their communities.

Masks, put aside by many vaccinated individuals on U.S. bases in 2021, are required wear once more on base as well as off base.

USFJ on Friday reported 2,123 active cases of COVID-19 at 19 of its installations, from Misawa Air Base in northeast Japan to 11 Army, Navy, Air Force and Marine Corps bases on Okinawa. Marine Corps Air Station Iwakuni still topped the list with 501 active cases. It posted another 88 between Friday and Sunday.

‘No measures were taken’

The influx of COVID-19 cases among the U.S. military population raised concern and prompted headlines around Japan starting in mid-December when a contingent of Marines arrived on Okinawa and tested positive. That incident prompted complaints once Japanese authorities learned USFJ had lifted a pre-travel testing requirement for inbound service members.

The topic reached the highest echelons of government Thursday when Japanese Foreign Minister Yoshimasa Hayashi during a phone call with Secretary of State Antony Blinken asked for travel limits on U.S. military personnel in Japan. It came up again during a meeting of the two countries’ defense chiefs, Blinken and Hayashi on Friday.

“It means the Japanese government admitted that the U.S. military was the cause of the spread of the omicron variant,” the paper quoted Tamaki as saying. “It is so slow. No measures were taken to prevent the spread of the infection, which must have been dealt with promptly.”

Okinawa from Friday to Monday reported 4,071 new cases and surpassed its one-day case record on Saturday with 1,759 new infections, according to updates from the prefectural Public Health and Medical Care Department. The department reported 1,122 cases within the U.S. military.

The omicron variant is within the U.S. military on the island, said Brig. Gen. David Eaglin, commander of the 18th Wing at Kadena Air Base. Kadena has 457 active cases, he said during a Facebook livestream on Monday. The U.S. military has 2,300 active cases on Okinawa, he said.

“What is most important is that the U.S. military respond to the concerns of people in the communities surrounding U.S. military facilities,” he said.

The measures announced Sunday by USFJ and detailed on military websites and Facebook pages are familiar to a U.S. military population that has endured the pandemic in Japan since 2020.

Limited contact with the community beyond their gates, limited travel options and access to essential services only became a familiar routine in 2020 as U.S. bases held their populations to minimal interactions with the surrounding communities.

That situation persisted at bases around Japan until vaccines became available and restrictions eased in 2021. Case numbers in Japan fell precipitously in September to single digits until November, when omicron surfaced in South Africa and quickly spread worldwide.

Stars and Stripes reporters Hana Kusumoto and Mari Higa contributed to this report.