‘Not a surprise’: US military COVID-19 cases set pandemic record in South Korea 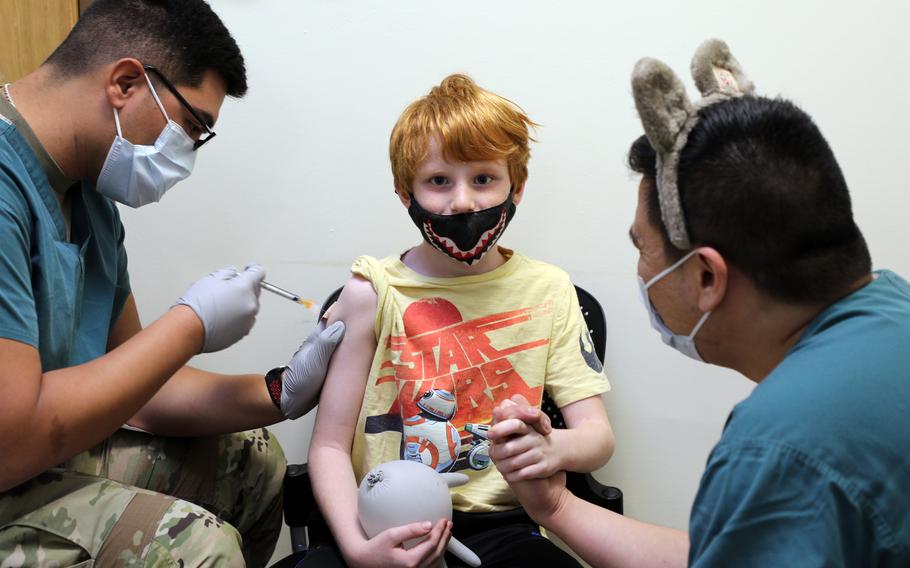 CAMP HUMPHREYS, South Korea — U.S. Forces Korea reported 682 new cases of COVID-19 for the week ending Monday, a new peak in the coronavirus pandemic for the command responsible for more than 28,500 U.S. troops.

One individual tested positive after arriving in South Korea, but the remaining 681 cases are community generated, according to a weekly update from USFK on Wednesday night.

USFK reached its previous peak, 467 new coronavirus infections, between Dec. 21 and 27. Of those, 457 were locally generated and 10 were recent arrivals.

The surge of new cases since mid-December at Camp Humphreys, the largest U.S. base overseas, is more “than what we’re traditionally used to,” garrison commander Army Col. Seth Graves said in a Facebook video Tuesday before the latest case numbers were released.

“We’re really close to flattening the curve here, so we’re going to need everyone’s help to do that,” he said.

Graves said he implemented “heightened measures” at Humphreys and that most of the newly infected people exhibit mild symptoms or none at all.

Roughly eight miles from Humphreys, Osan Air Base is experiencing “a new wave of COVID,” base commander Col. Joshua Wood of the 51st Fighter Wing said in a Facebook video Wednesday.

“This wave that we’re having is similar in scope to what the United States is currently experiencing right now,” he said. “This is expected and not a surprise to any of our medical experts.”

Most people with COVID-19 at Osan are experiencing mild symptoms and no service members are hospitalized with the disease, Wood said.

South Korea on Wednesday reported 4,126 new COVID-19 cases, an uptick still short of the one-day record of 7,849 on Dec. 15, according to the Korea Disease Control and Prevention Agency.

As of Thursday, 86.3% of the country’s 51.8 million people had received the first dose of a vaccine and 83.3% are fully vaccinated, according to the KDCA. Over 19.6 million people in South Korea have received a booster shot, an increase of over 3 million people from the previous week.

Social distancing restrictions remain in place until Jan. 16, including a limit of four people in private gatherings, regardless of vaccination status, and early closures of restaurants, movie theaters and bars.

Despite the surge in cases, USFK has not changed its social distancing restrictions or implemented travel bans on the peninsula. The command instead leaves to individual units the option to impose additional restrictions based on the scope of their duties.

The command’s priority is “the protection of the force” and it maintains “an aggressive approach against COVID-19,” USFK spokesman Army Col. Lee Peters said in an email Thursday to Stars and Stripes.

USFK requires service members, civilian employees and their families to wear face masks at all indoor settings on military bases within districts with 50 or more confirmed COVID-19 cases per 100,000 people over seven days. As of Thursday, those bases include Humphreys, Osan and all U.S. military installations north of Command Post Tango in Seongnam.

On Wednesday, the Defense Department reported 422,450 positive cases from service members, contractors, dependents and civilians since the start of the pandemic.