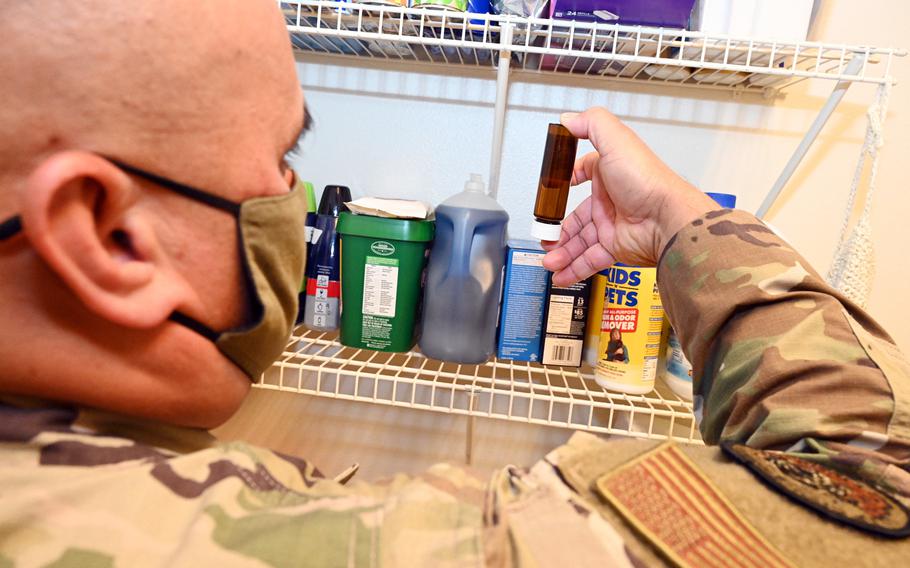 FORT SHAFTER, Hawaii — The Navy on Monday will argue against an emergency order by the Hawaii Department of Health that requires the service to drain an underground fuel storage facility near Pearl Harbor linked to widespread drinking-water contamination.

The health department issued the order Dec. 6, about a week after residents of several military housing communities near Joint Base Pearl Harbor-Hickam began complaining of foul-smelling tap water layered with an oily sheen. The contamination has affected almost two dozen communities and displaced about 3,000 military housing residents, who are now temporarily living in hotels.

The emergency order requires the removal of roughly 150 million gallons of fuel from the Red Hill Fuel Storage Facility. The Navy notified the health department Dec. 7 that it would contest the order.

An evidentiary hearing is scheduled to begin via Zoom at 8 a.m. Monday, Hawaii time, and will continue “from day to day until completed,” the health department said in a news release Thursday. The hearing will be livestreamed at www.youtube.com/c/HawaiiDOH.

The emergency order set forth a series of requirements for the Navy:

• Continued monitoring by the Navy.

• Submission of a plan to be implemented within 30 days to assess the operations and system integrity to safely remove the fuel from the tanks. The plan must be prepared by a qualified, independent third party approved by the health department.

• Remove all fuel from the underground storage tanks.

The Navy has not detailed which of the required steps it contests.

Last week, Secretary of the Navy Carlos Del Toro laid out in a memo a plan to mitigate and clean up the contamination, and some steps outlined dovetail with the emergency order.

The Navy has suspended all operations at the Red Hill fuel facility and isolated its Red Hill and Halawa wells, two of the three wells used for the Navy water system.

The Navy concluded that the Red Hill well was contaminated by jet fuel spilled from a transfer line between the facility and the joint base on Nov. 20. Engineers are already working at removing the layer of fuel that floats at the well water’s surface.

The Navy is in the process of transporting massive carbon filtering systems contracted from the mainland, which will be used to flush and clean the roughly 25 million gallons of contaminated water now in the pipes and tanks of the Navy system.

“We are going to have to turn that over several times,” Navy Lt. Cmdr. John Daly told reporters Tuesday during a briefing. That could take up to two weeks to complete, once the filters are installed and ready, he said.

Del Toro’s memo also said the Navy will “evaluate” the acquisition of a treatment system for water pumped from the Red Hill well.

Absent in Del Toro’s plan is any mention of emptying or abandoning the World War II-era underground fuel tanks, which are also used by the Marines, Army, Coast Guard and Hawaii National Guard.

The Navy has described the facility as “a national strategic asset that provides power for sea control, maritime security, regional stability, humanitarian assistance and continued prosperity in the Indo-Asia-Pacific region.”