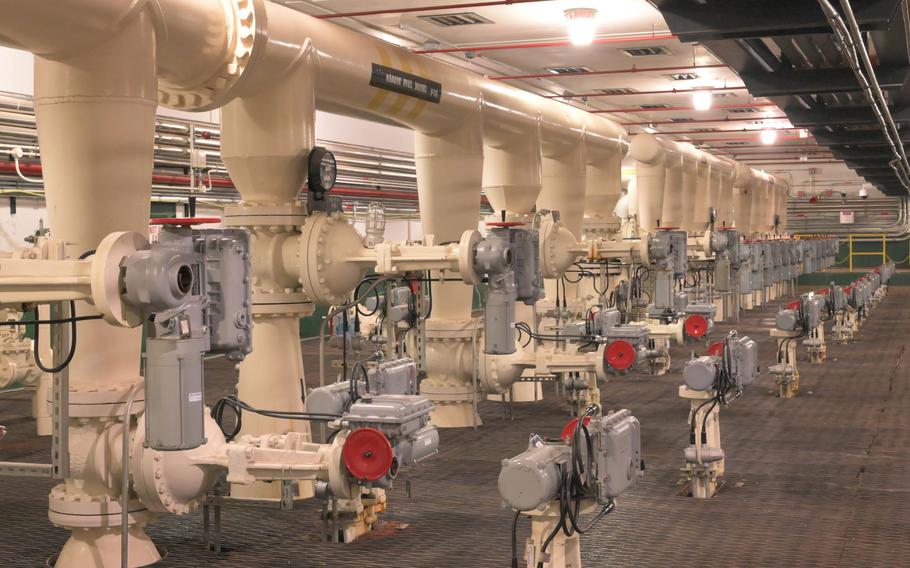 HONOLULU (Tribune News Service) — Water samples taken by state health inspectors earlier this week at Red Hill Elementary School and Aliamanu Child Development Center, where fuel is suspected of contaminating the drinking water, were damaged in transit and unable to be analyzed by a lab in California, according to the Hawaii Department of Health.

Earlier this week, a state inspector detected a fuel odor coming from the tap water.

Another sample taken from Red Hill Elementary on Tuesday and analyzed by a University of Hawaii lab tested positive for petroleum. But the Department of Health said on Wednesday that the result was preliminary and didn’t shed light on what type of petroleum product was in the water or the quantity.

State health officials were expecting the analysis by the California lab, Eurofins, to provide more definitive and detailed results.

But when the lab received the container of samples, which was not covered in enough bubble wrap, it was broken, according to the, rending the samples unusable.

The damaged container also included a sample taken from the home of Michelle Foor, a military spouse who told Honolulu Civil Beat that on Sunday she was able to set the water from her faucet on fire.

The sampling was conducted as hundreds of military families in the area of Moanalua and lower Halawa began complaining this week of fuel and chemical odors coming from their tap water. Residents worry that the water has been making them sick. They’ve complained of rashes, nausea and vomiting, which is associated with ingesting fuel contaminated water, and have reported their pets falling ill. During a hosted by U.S. Army Garrison Hawaii this evening, one resident said her puppy had died and another said her guinea pig died, both in recent days.

DOH said that it took another water sample from Red Hill Elementary yesterday, which it has sent to a lab for testing, and plans to take another sample from Aliamanu Child Development Center. It has been taking several days to get results back.

The Navy is also conducting testing throughout its water distribution system.

Yesterday, the Navy announced that it had determined that its Red Hill well, indicating that the below aquifer is contaminated with fuel.

DOH also took samples on Nov. 24, prior to reports from the public of fuel odors, from the Red Hill shaft. DOH says that those samples were collected as part of routine testing. DOH said that the found a trace amount of heavy oil that was “well below drinking water thresholds and not clearly related to petroleum fuel.”