US ambassador vacancy in Seoul is ‘legislative malpractice’ in Washington, former envoy says 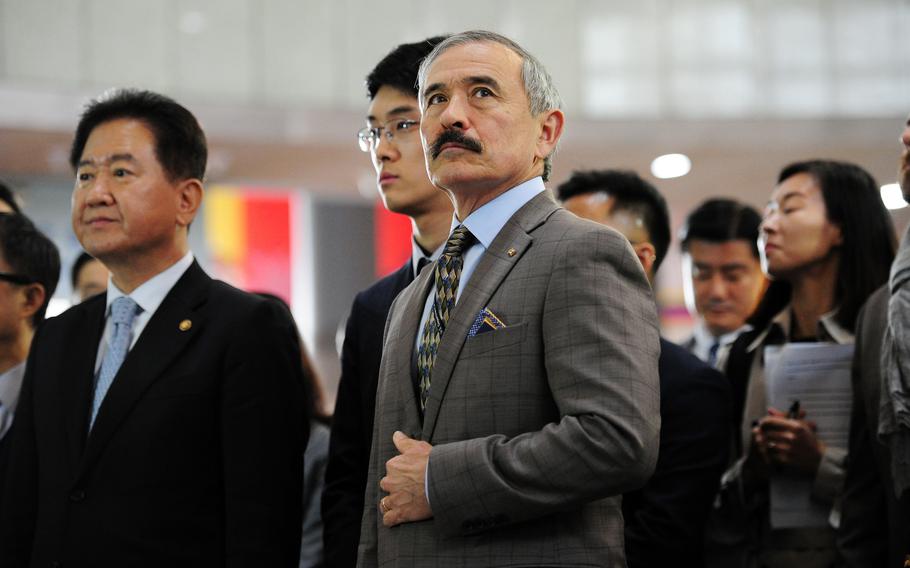 The former U.S. ambassador to South Korea on Wednesday said he was “disappointed” that his position remains unfilled since he stepped down in January.

Speaking at a panel hosted by The Korea Society in New York, Harry Harris, a retired admiral who once led U.S. Indo-Pacific Command and Pacific Fleet, said he received “calls or emails from our friends in Seoul regularly” about the lack of a U.S. ambassador to South Korea.

Harris served as the ambassador from July 2018 to January 2021. President Donald Trump nominated him to fill a 16-month vacancy, and the Senate confirmed him by voice vote.

President Joe Biden has not named a new ambassador to South Korea since his inauguration Jan. 20. Christopher Del Corso, a career diplomat and a former U.S. Marine, serves as chargé d’affaires ad interim.

Harris – the first Asian American to achieve four-star rank in the Navy – said he offered to remain as ambassador for six months until his replacement was nominated.

“It’s been over a year since our election,” he told the panel. “I tell my friends this is emblematic of the divided political landscape in America in the 2020s.”

Harris described the absence of a nomination as “legislative malpractice” but added that the blame ought not to be directed at the Senate “since the White House hasn’t even nominated someone.”

“I’m disappointed,” he said. “We need a nominee named and then confirmed quickly.”

While the White House has yet to name Harris’ replacement, the U.S. continues to engage with Seoul on key issues. The two countries have held multiple diplomatic meetings in recent weeks to discuss the possibility of formally ending the 1950-53 Korean War, a topic South Korean President Moon Jae-in has pushed for throughout his tenure.

Several other ambassadorships remain unfilled, including those in the Philippines, Thailand, Italy and Saudi Arabia.

In August, Biden nominated career diplomat Nicholas Burns and former Chicago Mayor Rahm Emanuel for ambassadorships to China and Japan, respectively; the full Senate has yet to vote on their confirmations.