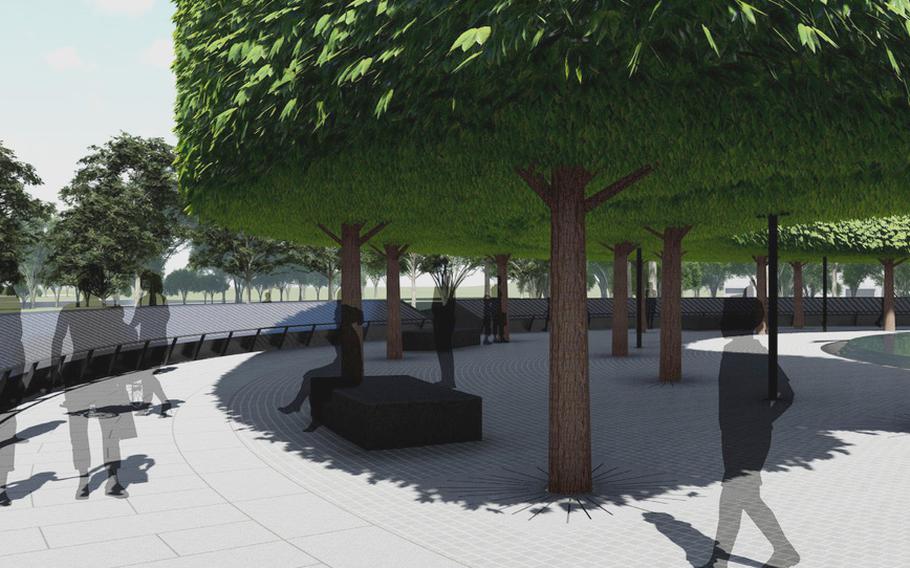 But for one crucial delay, the drive to erect a Wall of Remembrance at the Korean War Veterans Memorial in Washington, D.C., has in most respects advanced swiftly.

Since President Barack Obama signed the bill in 2016 authorizing the addition of the inscribed names of more than 36,000 Americans who died in the conflict, fundraising and design planning for the wall have moved smoothly.

However, the project, now at a make-or-break stage if it is to complete work in time for the planned dedication next summer, is long in want of only one thing: an official list of names to be etched into the wall.

“Our design and all the architectural work immediately passed through the Congress,” Fisher told Stars and Stripes during one in a series of interviews this month.

Congress also tasked the Department of Defense with generating that list of names, but the foundation and some Gold Star family members of Korean War service members have grown frustrated with how long that is taking.

“A year ago, January, we called the Defense Department and asked for an update on the names,” Fisher said. “And they said, ‘What update?’ They hadn’t even looked into it.”

In the meantime, the foundation had requested and received a list of Korean War dead and missing from DOD through the Freedom of Information Act, Fisher said.

They verified spellings of names and ranks, at times even visiting cemeteries to get photos of headstones to use for corroboration, creating “a 99%-accurate listing of the dead,” Fisher said.

They sent that list to the department with the intent of helping the process move along.

It did not seem to do so.

Fisher said he was told by defense officials that the Pentagon needed to first write a policy memorandum laying out eligibility criteria for names to be placed on the wall.

The memorandum, months in coming, was issued Aug. 13.

Maj. César Santiago, a DOD spokesman, told Stars and Stripes in an emailed statement earlier this month that once the memo was issued, the list would be released to the Department of the Interior, as required by the law authorizing the wall.

Fisher said Thursday that a DOD official told him that “they’re almost through with the list and we probably should have it within three weeks.

“If they follow that, we can remain on schedule,” he said, adding that foundation members are trying to be patient but remain somewhat skeptical in light of the past couple years.

If the etching of names can proceed as hoped for, next year’s dedication on July 27 will unveil a wall holding the names of the 36,595 Americans who died in the war that lasted from 1950 to 1953. It will also display the names of 7,151 South Koreans who fought beside American troops as part of the Korean Augmentation to the United States Army, or KATUSA. 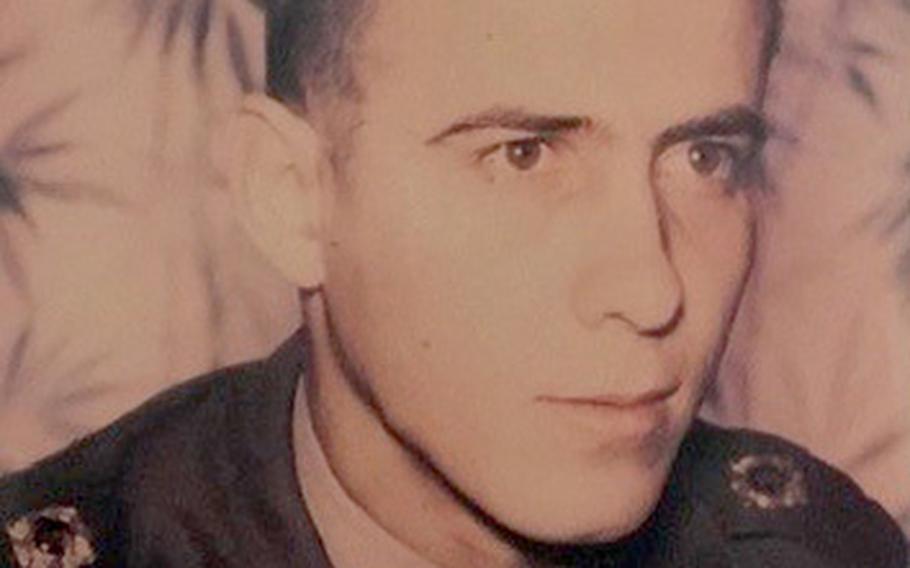 It is a moment some family members of Korean War veterans are anxiously awaiting.

Robin Piacine describes the wall as “a priceless gift.”

“I say this because my uncle’s remains are still in North Korea, and the exact location isn’t known at this time,” Piacine, who lives in Crossville, Tenn., told Stars and Stripes in a phone interview Aug. 4.

“I, along with my siblings, don’t have a place to pay honor to him, to visit him, to tell stories to him or to grieve for him,” she said.

Her uncle, Sgt. William C. Bradley, was a medic with the 9th Infantry Regiment, 2nd Infantry Division, when he went missing Dec. 1, 1950. His remains have never been found.

“The Wall of Remembrance will be such a hallowed place, a priceless gift and very personal to me,” Piacine said. “I envision gently tracing the letters of his name, realizing that this may be the closest I’ll ever get to him.”