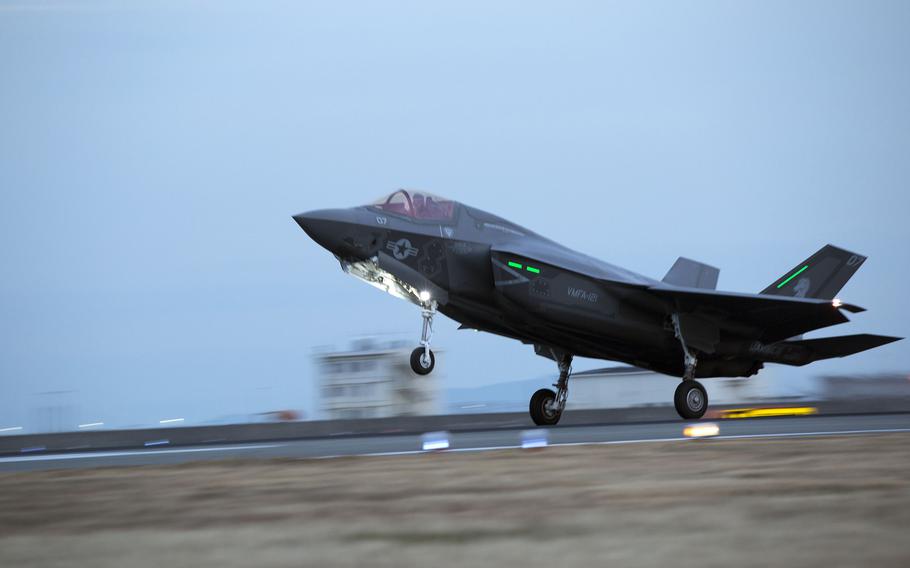 CAMP FOSTER, Okinawa — A pair of state-of-art F-35B Lightning II stealth fighters recently met their match in the form of actual lightning in the skies over Makurazaki in Kagoshima prefecture.

Both aircraft, assigned to Marine Corps Air Station Iwakuni, landed safely after the strike and neither pilot was injured.

The incident occurred during a routine flight on July 13, 1st Marine Aircraft Wing spokesman Maj. Ken Kunze wrote in an email to Stars and Stripes on Tuesday. The F-35Bs, which are capable of short takeoffs and vertical landings, were en route to Okinawa when they were struck.

The incident is considered a Class A mishap because the combined projected repair cost is expected to exceed $2.5 million, Kunze said. Class A mishaps involve repair costs exceeding $2 million or the death or permanent disability of a service member.

“We are currently conducting an investigation into the mishap and will incorporate the lessons learned into future flight operations,” Kunze said. “The safe operation of our aircraft and the readiness of our squadrons are vitally important to us in order to continue supporting our allies, partners, and joint forces in the region.”

Kunze said that each U.S. aircraft is “meticulously inspected” for safety prior to any flight operations.

Lightning strikes on aircraft are fairly common and can severely damage critical and essential systems, according to the Federal Aviation Administration. However, they rarely result in catastrophic effects, according to NTS, an Anaheim, Calif., industrial technology firm.

The F-35 is the costliest weapon system in Defense Department history, the Government Accountability Office declared in an April report. Estimated costs over the life of the program exceed $1.7 trillion. Critics call the program unsustainable and the Air Force, which fields the conventional F-35A variant, is seeking alternatives. 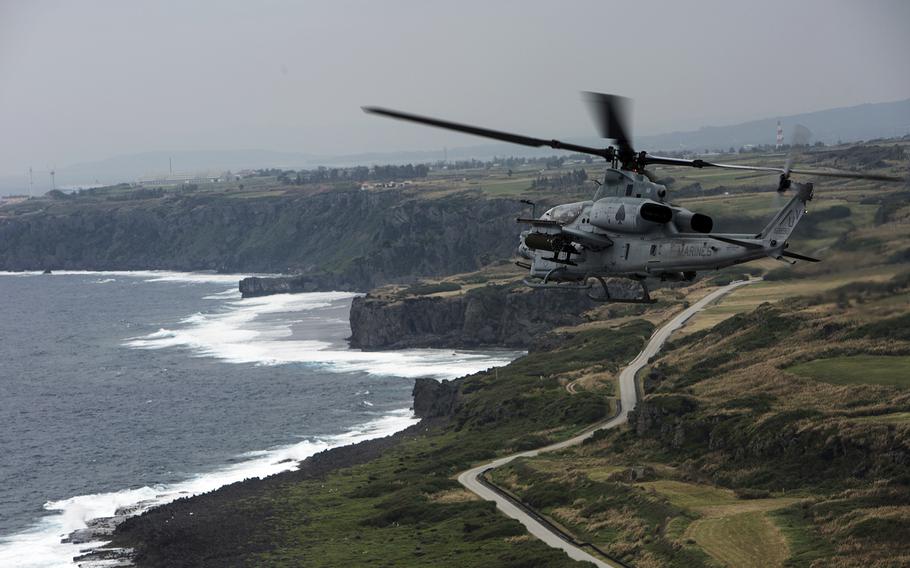 In an unrelated incident Tuesday, a U.S. military helicopter landed in a field due to an inflight emergency.

No injuries or damage were reported after the AH-1Z Viper assigned to the 1st Marine Aircraft Wing at Marine Corps Air Station Futenma landed at 8:44 a.m. Tuesday in Kushima, Miyazaki prefecture, on the southern Japanese island of Kyushu, Kunze said in a separate email Tuesday. The pilot set the attack helicopter down after identifying a possible mechanical issue.

The wing is sending a team to inspect the aircraft and determine the best method of recovery, Kunze said.

“The aircraft systems performed as designed and notified the pilot of the issue,” he wrote. “The aircrew performed as trained and chose the safest option, landing the aircraft in accordance with standard procedures out of an abundance of caution.”

The Viper was one of a pair that had just departed the Japan Air Self-Defense Force’s Nyutabaru Air Base for MCAS Futenma when the issue arose, Kyodo News reported Tuesday. The helicopters had been at the air base since Sunday due to bad weather, a Kyushu Defense Bureau spokesman told Stars and Stripes.

Kunze said the landing was precautionary.

“We remain committed to ensuring the safety of our aircrews, the community and the airworthiness of all our aircraft,” he wrote.

Japan’s Ministry of Defense Tuesday asked the U.S. military to quickly determine the cause of the incident and to take preventative measures, the spokesman said.