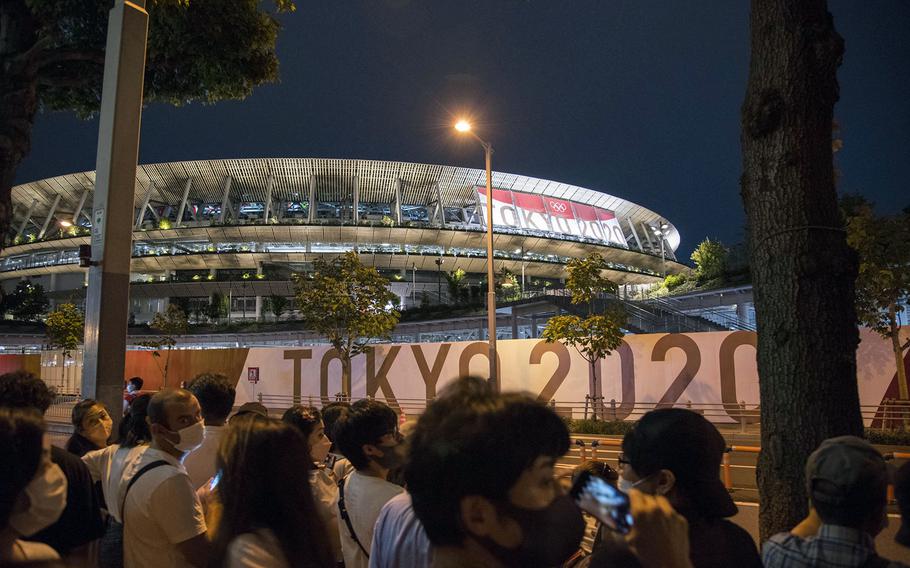 TOKYO — Commanders of the largest U.S. bases in and near Japan’s capital stepped up their preventive measures on Monday as new daily cases exceeded 1,000 in the city for a solid week.

The Tokyo Metropolitan Government confirmed 1,429 newly infected people, according to public broadcaster NHK. That’s twice as many new COVID-19 patients as a week ago, according to metro government data. The city reported 1,763 on Sunday and 1,979 on Thursday.

Because of the surge, unvaccinated individuals associated with Yokota Air Base in western Tokyo can no longer travel to the city center, including the wards of Shibuya, Shinjuku and Roppongi, according to a public health order by base commander Col. Andrew Campbell.

Travel to and from the New Sanno Hotel, transit through the metro area and mission-essential travel are the exceptions for those individuals, according to the order, which took effect Monday. The travel ban holds until Aug. 31.

“For fully vaccinated individuals, there are no prohibitions on local area activities,” Campbell’s order states.

Travel to Okinawa must be approved by a squadron commander or the equivalent, according to the order.

“Tokyo continues to be in our higher-risk liberty tier,” he said Monday on American Forces Network Radio. “If you are planning to stay or visit Tokyo, be advised that overnight stays or indoor dining are off-limits unless you are staying at a Department of Defense-owned and operated accommodation.”

The New Sanno Hotel and Hardy Barracks in central Tokyo and the Tama Hills Recreation Area in western Tokyo are the only approved locations in the area.

Yokosuka’s restrictions do not distinguish between vaccinated or unvaccinated individuals.

NAF Atsugi identified two individuals through tests required before leaving restricted movement, a requirement for travelers entering or returning to Japan. The base has three patients under supervision, according to a base news release.

U.S. Forces Japan reported 103 active cases of COVID-19, the coronavirus respiratory disease, according to an update posted Friday on the USFJ website.

Kadena Air Base, on Okinawa, had the most, 32. The Marine Corps accounted for 46 at five bases on Okinawa and 12 at Marine Corps Air Station Iwakuni, south of Hiroshima.

Tokyo is bolstering a nationwide increase in coronavirus cases in Japan, which reported 5,035 new cases Sunday, according to the Johns Hopkins Coronavirus Resource Center. This fifth wave in Tokyo is exceeded, so far, by only the December-January surge that recorded the highest number of new COVID-19 patients in one day, 2,520 on Jan. 7.

Kanagawa prefecture imposed a similar emergency on a handful of cities experiencing a disease uptick.