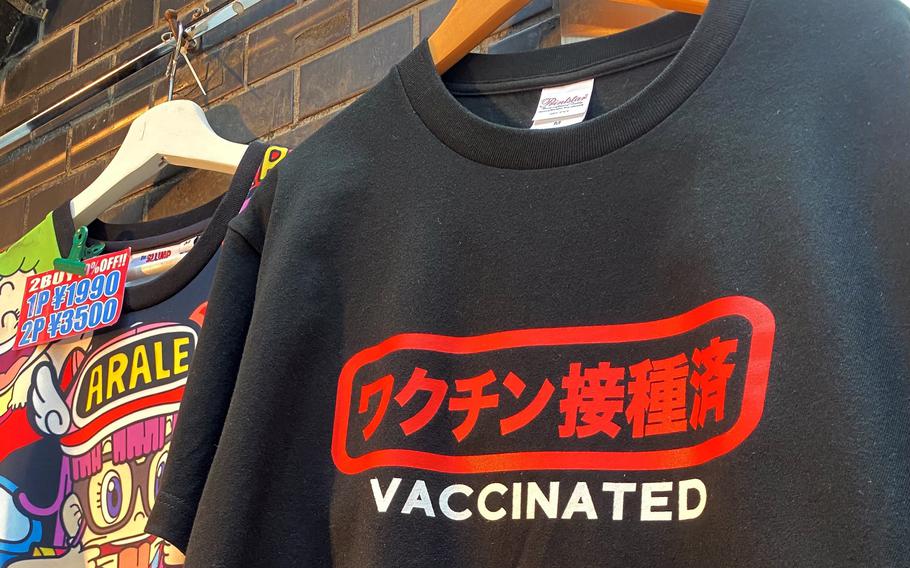 Japanese officials are mulling whether to prolong emergency COVID-19 mitigation measures that would interfere with next months’ Tokyo Olympics, as infections begin to surge again in the country’s metropolitan areas.

The Japanese government is considering an extension of Tokyo’s quasi-state of emergency by “two to four weeks,” which would clash with the start of the games on July 23, Bloomberg reported Tuesday evening, citing Japan’s Mainichi newspaper.

Such a declaration would likely mean Olympic events without spectators.

Meanwhile, the U.S. military in Japan reported no new COVID-19 infections on Wednesday.

Japan had 1,765 new cases Wednesday, 692 more than the previous day and 13 less than the same day last week, according to public broadcaster NHK and the World Health Organization. There were 38 deaths nationwide.

The government has counted more than 795,000 COVID-19 infections during the pandemic and 14,500 deaths, the WHO said.

Tokyo on Wednesday reported another 714 cases, 238 more than the previous day and 95 more than the same day last week, according to NHK, which cited metropolitan government data. There were three deaths.

Okinawa prefecture, home to most U.S. troops in Japan, reported another 67 new infections and two deaths Wednesday, 17 less than the previous day and 29 less than the same day last week, according to NHK. Okinawa remains in a state of emergency until July 11.

Japan initially lagged other developed nations in inoculating its population but has been offering vaccines in recent weeks at mass state-run clinics. Despite these efforts, which have largely focused on the elderly, new cases have begun to trend upwards in recent weeks.

The seven-day average rose to 495 on Tuesday from 406 a week prior, according to data presented by public broadcaster NHK. Japan’s government has already scaled back the torch relay.

A quasi-state of emergency, which limits alcohol sales, restaurant hours and crowd sizes, is in effect until July 11 for a handful of prefectures, including Tokyo and Osaka.

The government set a limit of 10,000 people, or 50% of a venue’s capacity, at Olympic events should the quasi-state of emergency be lifted, despite warnings from infectious disease experts.

Japanese officials and Olympic organizers will hold talks to revisit their policy on spectators should the quasi-state of emergency be extended, the Bloomberg report said.

U.S. Forces Korea had 11 people – nine service members, a contractor and a family member – test positive between June 23 and Sunday, the command announced in a statement Tuesday evening.

A USFK contractor who works at the K-16 base in Seoul tested positive on Friday during a Korean public health department contact trace, the statement said. A family member tested positive June 24 after developing symptoms.

All 11 patients are in quarantine at either Camp Humphreys or Osan Air Base, the statement said.

The government has counted more than 155,000 COVID-19 infections during the pandemic and 2,000 deaths, the WHO said.