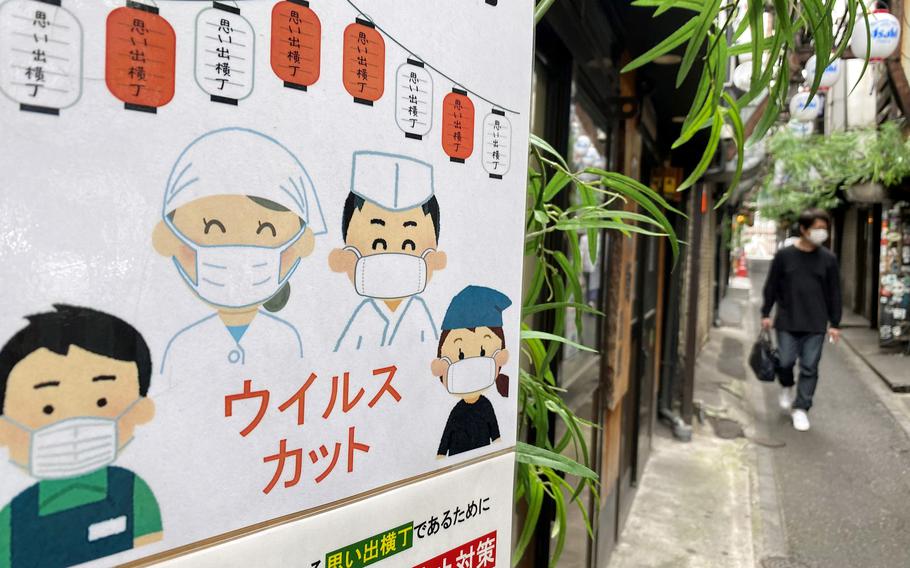 CAMP FOSTER, Okinawa — A Japanese prefecture hit hard by the coronavirus pandemic began large-scale vaccinations Tuesday as the number of U.S. troops infected with COVID-19 continues to decrease across Asia.

Elderly residents of Okinawa, home to most of the U.S. troops stationed in Japan, began queuing up in the afternoon at the Okinawa Convention Center in Ginowan, public broadcaster NHK reported. Inoculations began before 6 p.m.

Daily case numbers on Okinawa, which is roughly the size of Tokyo, peaked at 335 on May 29, NHK said. So far this month, they’ve averaged 175 infections and approximately one death per day.

On Tuesday, Okinawa reported another 107 new cases, 52 fewer than the same day last week, according to NHK.

The U.S. military in Japan had reported few new COVID-19 infections as of 7 p.m. Tuesday, while commands in South Korea announced none.

Yokosuka Naval Base, 35 miles south of central Tokyo, has had three people test positive since Friday, the base said in a Facebook post Tuesday afternoon.

One asymptomatic, immunized person, who is in Japan under the status of forces agreement, tested positive after recently arriving in the country, the post said. Two base employees also came up positive during a medical screening.

Yokosuka has had seven people test positive so far this month, compared with 10 infections in May.

Japan reported 1,418 new coronavirus cases Tuesday, 72 fewer than the same day last week, according to NHK and the World Health Organization. There were 67 deaths nationwide.

Tokyo on Tuesday reported another 337 coronavirus infections and 12 deaths, according to NHK, which cited metropolitan government data. That’s 32 fewer than the same day last week.

Though Japan has lagged other developed nations in vaccinating its population, the country is ramping up those efforts before the Tokyo Olympics begin on July 23. Prime Minster Yoshihide Suga said last week he hoped to have the lion’s share of Japan’s population inoculated by November.