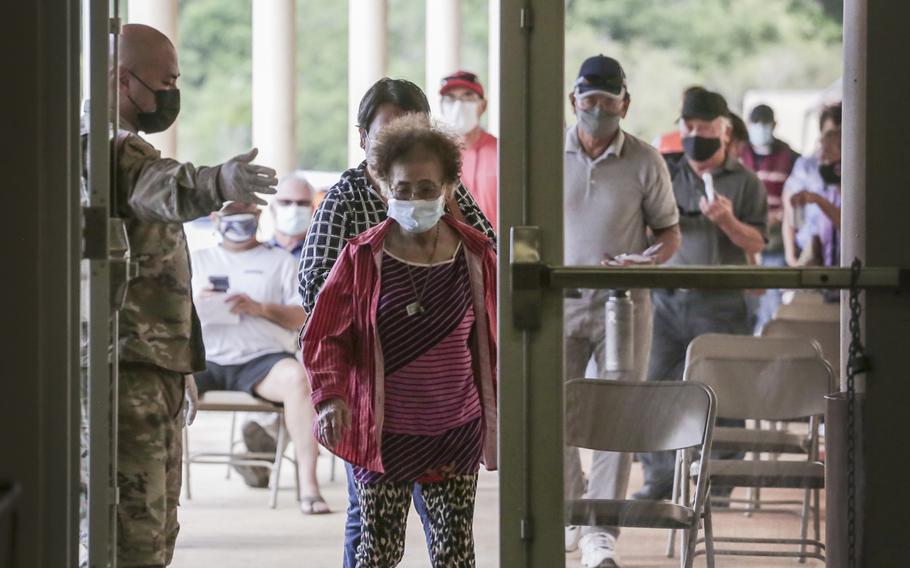 A COVID-19 “variant of interest” – B.1.617.2, or the Indian variant – has been discovered among samples collected on Guam this spring, according to the U.S. territory’s Joint Information Center.

Twenty-five samples taken in March and April underwent genome sequencing by the Centers for Disease and Control and Prevention, which returned the results to Guam’s Department of Pubic Health and Social Serves on Friday.

Of those, 16 were identified as B.1.1.7, the United Kingdom variant, and one was B.1.341, the South African variant. Both are variants “of concern,” according to the CDC, meaning there is evidence of increased transmissibility, hospitalizations or deaths.

Another of the samples turned out to be the Indian variant, which the CDC and World Health Organization call a “variant of interest” because its potential risks warrant close monitoring.

To date, Guam has submitted 116 COVID-19 samples to the CDC for genome sequencing, according to the information center. The U.K. and South African variants popped up in previous batches, along with B.1.429, the California variant.

The Brazil and Japan variants have yet to be found on the island, according to Guam’s government, which said it will continue to send samples to the CDC for testing.

On Friday, Gov. Lou Leon Guerrero signed an executive order that extends the island’s public health emergency until July 1. As of that day, Guam had recorded 8,156 COVID-19 cases and 139 deaths.

The CDC raised the U.S. territory’s risk level to “very high” on May 17, meaning people should avoid all travel to the island because it had tallied more than 100 new COVID-19 cases in the past 28 days.