US withdrawal in Somalia has strengthened hand of al-Shabab terrorists, top officials say 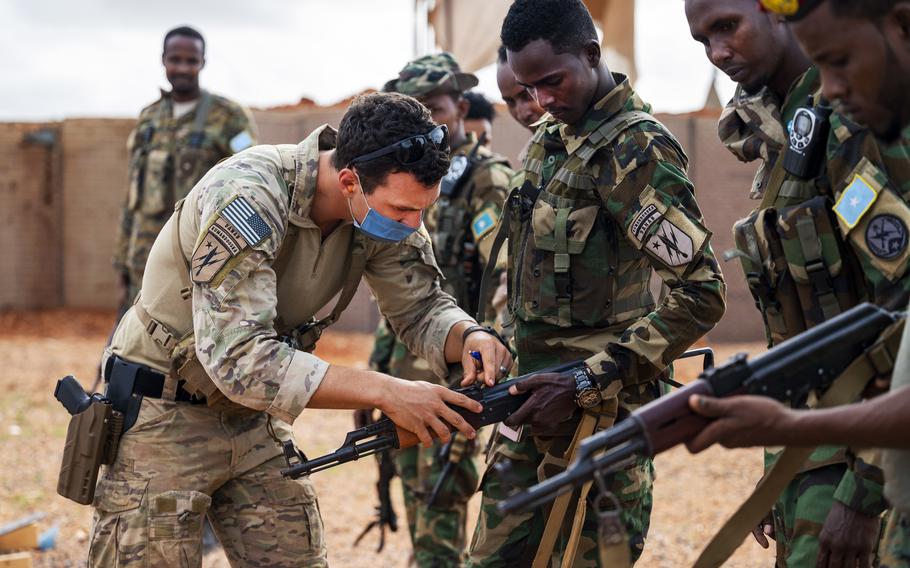 U.S. forces host a range day with the Danab Brigade in Somalia, May 9, 2021. With fewer airstrikes and less U.S. military involvement on the ground, there are signs of a resurgence of the al-Qaida-linked al-Shabab militants in Somalia, defense officials said Feb. 17, 2022. (Zoe Russell/U.S. Air Force)

“It probably is not an effective long-term strategy,” said one of the defense officials, who was authorized to speak on background about security conditions in Africa.

Special operations forces had been assisting local units for several years in battling al-Shabab, which is linked to al-Qaida. But shortly before leaving office, President Donald Trump ordered some 700 U.S. troops out of Somalia.

Since then, U.S. Africa Command also has halted most airstrikes in the country. The new administration of President Joe Biden has sought to limit drone strikes in Somalia and elsewhere.

By comparison, the U.S. conducted 63 strikes against Islamic militants in Somalia in 2020. AFRICOM, however, has come under criticism in the past by advocacy groups that say the attacks on al-Shabab threaten civilians.

But with fewer airstrikes and less U.S. military involvement on the ground, al-Shabab is showing signs of resurgence in Somalia, the defense officials said.

“We are placing less pressure on them,” one of the defense officials said. 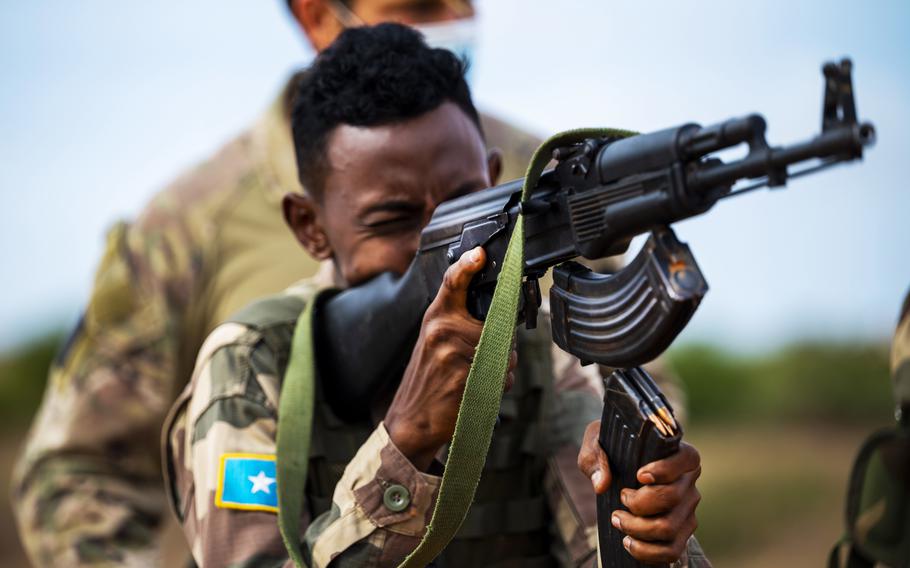 A member of the Somalian Danab Brigade aims his weapon during a range day hosted by U.S. forces in the east African country in May 2021. The U.S. has since withdrawn its forces from the country. (Zoe Russell/U.S. Air Force)

With a force estimated at between 5,000 and 7,000 fighters, the terrorist group now has more freedom of movement and therefore the ability attack more often, the officials said.

Still, although al-Shabab advertises ambitions to go after Western targets outside Somalia, it lacks the capacity to attack the U.S. homeland, the officials said.

For years, the U.S. has worked to strengthen Somalia’s fledgling army, especially the country’s Danab, or Lightning, advanced infantry brigade.

Before the 2021 withdrawal, U.S. special operations troops maintained a small but steady presence in the country and served as battlefield advisers to local forces. At times, that put American troops in the crossfire.

The militants, who have been a force in Somalia for nearly two decades, are well-funded. The group’s annual revenue, much of it coming from taxation in areas it controls, stands at about $120 million, the defense officials said.