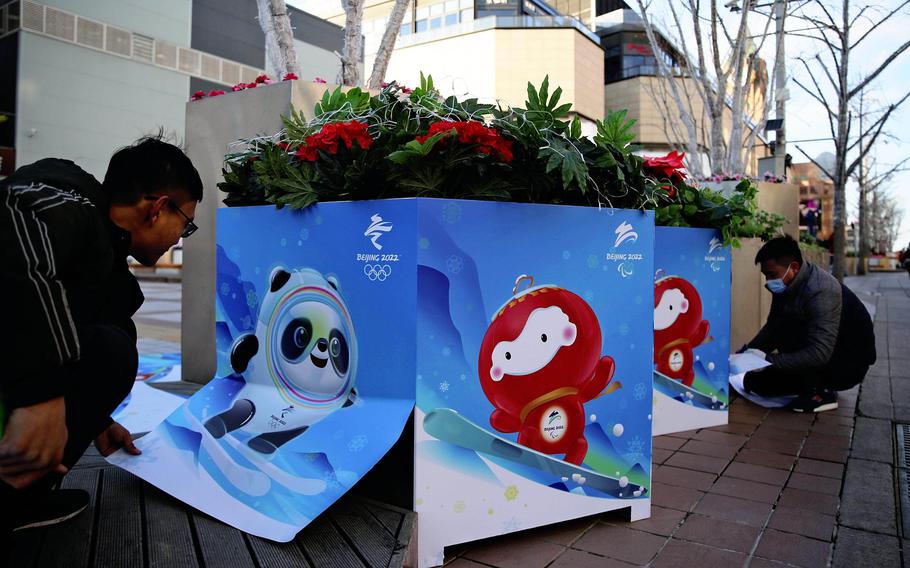 China announced tickets to the Winter Olympics will no longer be sold to the general public, as the country’s capital recorded its first case of the highly transmissible omicron variant.

Last fall, Beijing had already limited tickets to the Games to domestic spectators. On Monday, Beijing’s Winter Olympics Organizing Committee said this would be further restricted: Only certain approved groups will be allowed to watch the Olympics in person, after undergoing strict measures to prevent transmission of coronavirus.

“Given the current situation of the COVID-19 pandemic, in order to ensure the safety of all participants and spectators, it has been decided that tickets should not be sold anymore but be part of an adapted program that will invite groups of spectators to be present on site during the Games,” the International Olympic Committee said in a statement.

The lone case of omicron registered on Saturday in Beijing sparked mass testing of 13,000 residents who might have crossed paths with the patient, whom authorities said visited several restaurants and malls before testing positive. It also led Beijing to bar entry to anyone who has visited any Chinese city that recorded even a single case of the coronavirus in the past 14 days.

“Beijing has already entered the Winter Olympics period, and is facing the dual pressures of preventing external entry and internal transmission,” Beijing city spokesman Xu Hejian said on Saturday, according to the official People’s Daily Online.

The southern high-tech city of Shenzhen also reported its first omicron case on Sunday, which state media said was a 21-year-old woman who worked at a company that imported frozen chemicals. A week ago, Tianjin, a port city near the capital, discovered two cases of omicron, prompting testing of all its 14 million inhabitants.

Athletes and others arriving for the Olympics, which begin Feb. 4, will be kept in a bubble and will not be able to enter the rest of Beijing.

China had gone to extraordinary lengths to prevent the spread of omicron in recent weeks, locking down entire cities. One major motivator has been authorities’ desire to put their best foot forward for the Winter Games. They are also concerned that much of the country may lack immunity, with China’s vaccines less effective against omicron and most of the population still waiting for a booster shot.

China’s borders remain largely closed. Last week, the country’s Civil Aviation Administration halted several of the few remaining flights from the United States to China, along with some flights from other countries, citing coronavirus infections among passengers.

The constraints on business and travel in the country have taken their toll economically. On Monday, China announced its gross domestic product grew by only 4% in the fourth quarter from a year earlier, its weakest expansion in a year and a half.

In Beijing, there has been an all-out effort to contain the single omicron case. The infected patient’s residential compound and workplace were sealed, and authorities rushed to trace the individual’s recent movements and contacts.

Until the end of March, all people entering Beijing will have to get a PCR test within 72 hours of arrival.

Beijing is hoping to avoid a repeat of the situation in Xian, the central Chinese city where 13 million residents were ordered to stay in their homes late last month to control the country’s largest outbreak — a total of 2,044 cases as of Jan. 15. The abrupt, weeks-long lockdown resulted in cries from residents that they were struggling to obtain food, before the local government stepped in with door-to-door delivery of vegetables.

On Sunday, Xian announced it had eased the lockdown in some neighborhoods to allow one person per household to make a trip outside every two to three days.