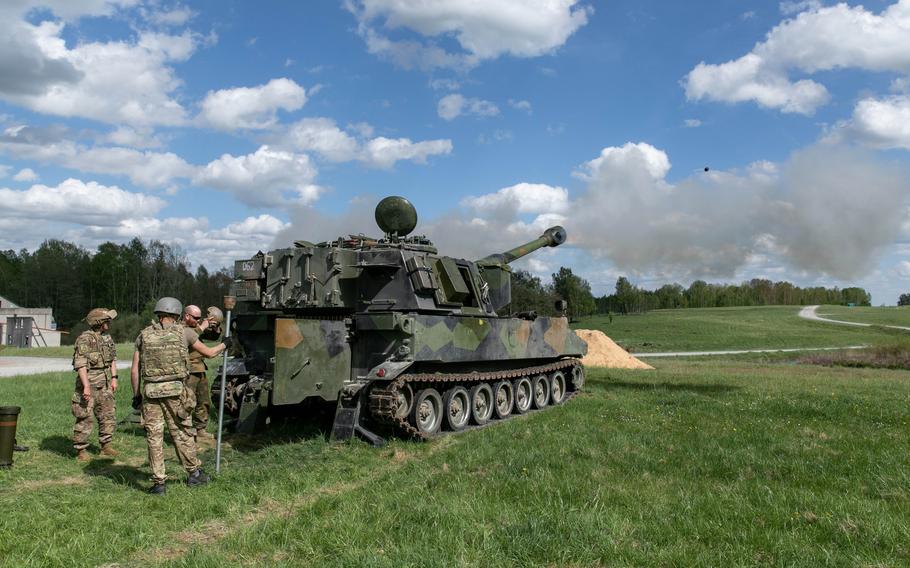 For months now, most focus on the Russia-Ukraine war has centered on projecting whether Russia, Ukraine, or both will launch a winter offensive. Western analysts have weighed in on various battle scenarios and which side may win. Biden administration officials, however, should be spending their energy contemplating a dilemma that will soon present itself no matter who wins winter or spring battles: pressure on the U.S. to escalate its involvement in the war and a commensurate increase in the risk of getting drawn into the fighting.

In recent months the United States has provided Ukraine with an arsenal of increasingly sophisticated weapons, many of which were once considered taboo, or in crossing Russian red lines that might expand the war. This month the Biden administration announced its biggest military package yet, including two additional modern weapon platforms of top-line gear, the M2 Bradley Fighting Vehicle and the M109 Paladin self-propelled howitzer.

France and Germany have committed to giving Ukraine a NATO tank (the AMX-10) and armored personnel carrier (Marder), respectively; reports suggest Germany may be considering providing some of its best main battle tanks (Leopard 2) and the U.K. vowed Saturday to add its Challenger 2 tanks to the mix. This significant expansion of NATO’s most modern battlefield platforms may be used by Ukraine to outfit its army for an expected spring offensive (it will take months to get these new weapon systems prepared for delivery, shipped, and the Ukrainian troops trained and ready to employ them in battle).

While the mantra from White House and Pentagon officials has, for months, been that the U.S. will supply Ukraine “for as long as it takes,” none have yet defined what “it” means: until the Ukrainian flag flies in Crimea? Until Ukraine retakes the Donbas? Until Kyiv reaches a favorable negotiated settlement? Having a clear definition is critical to setting effective U.S. policy. But the decisive factor for the U.S. can’t be based on what Ukraine wants — policy must be based on how American interests are best served. Washington can’t afford to wait until April or May to see how the war progresses, only then deciding what to do next. Here’s why.

Regardless of how the winter and spring fighting concludes, Washington will come under pressure to ramp up its already-high support. The U.S. committed to the Ukraine war effort more than $100 billion in 2022, and we suffered significant degradation in our own wartime stocks of ammunition and weaponry. Few in Washington seem to be contemplating the ask that Ukraine will make of the U.S. whether it wins or whether it suffers loss in the looming battles.

If Ukraine succeeds and first blunts Russia’s winter drive and then uproots Vladimir Putin’s forces through an offensive in the spring, we can expect emphatic calls from Kyiv and their supporters in the U.S. to significantly ramp up calls for more money and the types and quantities of weapons provided. “Ukraine has Russia on the ropes!” the thinking will likely go, “so we need to give them more offensive weapons to finish the job!”

If, on the other hand, Ukraine fails to stop Russia in a winter offensive and Putin is able to drive Ukrainian forces further west, then there will be urgent calls to provide yet more money and even larger quantities of modern offensive weapons to stave off defeat. “We cannot allow Russia, under any circumstances, to win this war,” the thinking will surely go. “We must send hundreds of NATO tanks, personnel carriers, jets, and long-range missile systems, immediately!”

It is necessary, now, before either a winter or spring offensive has been launched by either side, for the United States to begin giving serious consideration to what comes next. The primary obligation for the U.S. government is to ensure the security of our country, the viability of our armed forces, and safeguard our economic potential. Anything that puts those primary objectives at risk must be avoided.

Washington should ask itself the hard questions and begin to formulate effective policies in response: how much money can we surrender to Kyiv long term before it starts to negatively impact our own economy or security? How much longer can we deplete our most modern and capable platforms and ammunition before it puts our own security at unacceptable risk? If Ukraine starts to drive Russia off Ukrainian territory and threatens Moscow’s control of Crimea, how high does that raise the risk of nuclear escalation? Would we continue pouring our Bradleys, Patriots, Paladins and other key gear into Ukraine if they started losing? Many of these questions represent anguishing choices Washington may have to make but ones that are plausible.

The U.S. rarely had a plan throughout the long Vietnam War for what we would do if things went south. For 20 years we had no plan for what we would do if the Afghanistan War failed. The cost of that failure in Vietnam and Afghanistan was astronomical to our country, in both blood and treasure. Getting this one wrong could have even more catastrophic consequences. We must stop to consider, right now, before getting into an unavoidable crisis, where American national interests are and how best to ensure our continued security and prosperity as a nation.

Daniel L. Davis is a retired U.S. Army lieutenant colonel who deployed into combat zones four times. He is a Senior Fellow for Defense Priorities and the author of “The Eleventh Hour in 2020 America.”