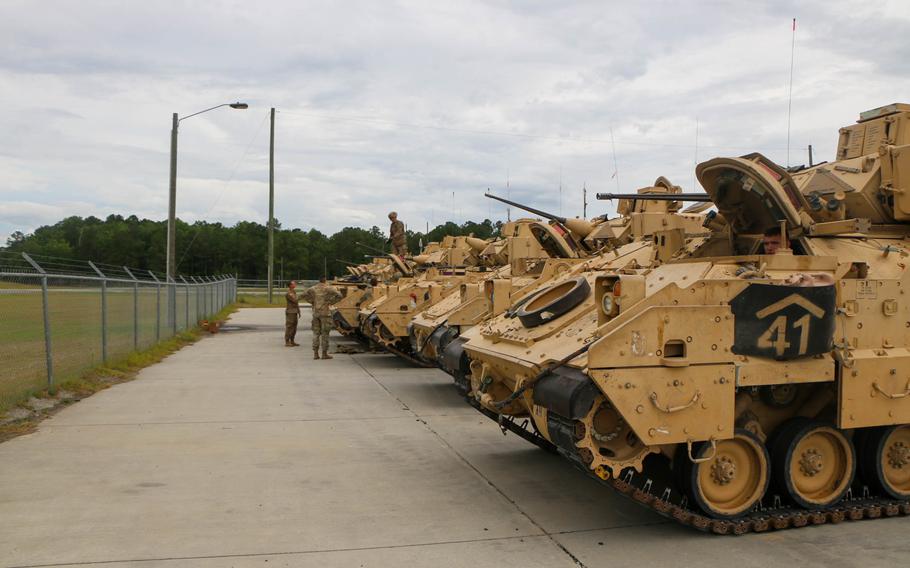 WASHINGTON — The United States will send 50 Bradley Fighting Vehicles as part of another $3 billion in military aid to Ukraine, which is the largest amount spent on a security assistance package for the country since Russian forces invaded last year, the Pentagon announced Friday.

Pentagon officials said it is the first time that U.S. military aid to Ukraine will include the Bradley Fighting Vehicle, known as a “tank killer.” The new shipment of arms also includes 500 missiles for the armored personnel and attack vehicles to fire.

Of the various Bradley models, officials said Ukraine is getting the M2A2 — a variant introduced in the late 1980s that is equipped with stronger armor and a more powerful engine. Defense officials said the Bradleys can help with “complex maneuvers” in all weather conditions.

Also for the first time, the Pentagon is sending more than a dozen 155mm self-propelled Howitzers.

“The Bradley [Fighting Vehicles] and other armored vehicles and artillery systems will complement the recent commitment of combat vehicles to Ukraine by Germany and France,” the Defense Department said in a statement. 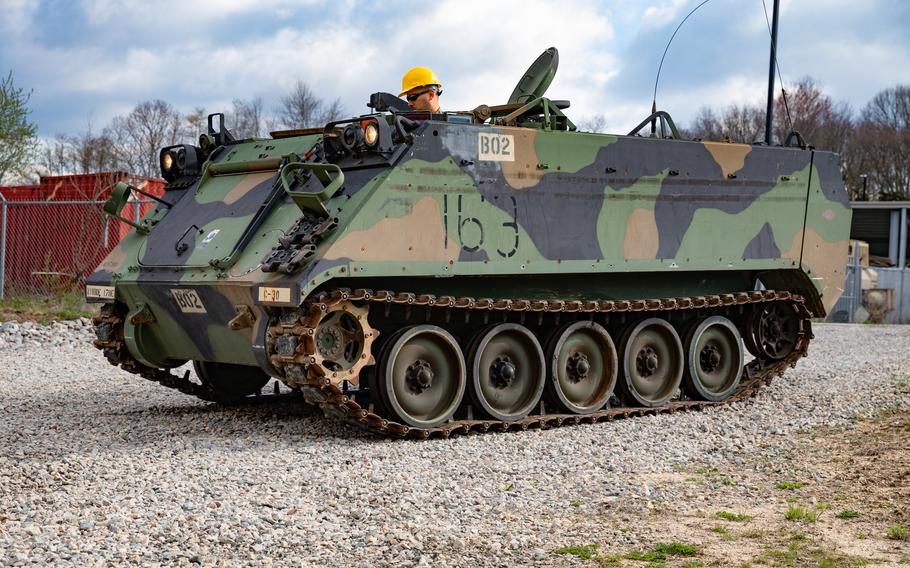 A U.S. Army soldier assigned to the Connecticut Army National Guard operates an M113 Armored Personnel Carrier during a test drive at Stones Ranch Military Reservation, East Lyme, Connecticut, April 27, 2022. This M113 is one of 200 armored personnel carriers, or APCs, being supplied by the Department of Defense to Ukraine as part of the $800 million U.S. Security Assistance for Ukraine aid package signed by President Joe Biden. (Matthew Lucibello/U.S. Army)

Other items being sent to Ukraine with the new aid package include dozens of M113 armored personnel carriers and mine-resistant vehicles, more Humvees, hundreds of precision-guided artillery rounds and air-defense missiles, sniper rifles, machine guns and ammunition for grenade launchers. Spare parts for various battlefield equipment and night vision devices are also part of the aid.

Laura Cooper, deputy assistant secretary of defense for Russia, Ukraine and Eurasia, told reporters Friday at the Pentagon that the new equipment is needed along NATO’s eastern flank.

Cooper said it would take several weeks for American troops to train Ukrainian forces to use the Bradley Fighting Vehicles and other equipment. Expanded training in Germany begins this month.

“It will take a couple of months, basically,” she said, adding Ukrainian forces will be “set up for success" once they’re trained to use the weapons.

The Pentagon said most of the new aid is being given through presidential drawdown authority, which allows the U.S. to quickly send equipment from Pentagon stockpiles. Also Friday, the State Department announced $682 million in foreign military financing to “contribute to the long-term capacity and modernization of Ukraine’s military.”

Since Russia invaded Ukraine in February, the United States has provided more than $24 billion to the Ukrainian war effort.

“Right now, the war in Ukraine is at a critical point,” President Joe Biden said Thursday during a Cabinet meeting at the White House. “We have to do everything we can to help the Ukrainians resist Russian aggression, and Russia is not attempting to slow up. The actions they’re taking are as barbaric as they were a year ago, and they’re not letting up at all — at all.”

The U.S. move to send Bradley Fighting Vehicles to Ukraine sparked criticism in Moscow. Russian Ambassador to the U.S. Anatoly Antonov said it is “confirmation that our interlocutors in the United States have not even tried to listen to our numerous calls to take into account possible consequences of such a dangerous course by Washington."

“Any talk about a ‘defensive nature’ of weapons supplied to Ukraine has long become absurd," he said, according to the state-run TASS news agency.

The new aid was announced on the same day a purported 36-hour Russian ceasefire in Ukraine went into effect for Orthodox Christmas, which is typically observed on Jan. 6 or Jan. 7. Russian President Vladimir Putin announced the truce earlier this week, though Ukraine, the United States and other countries are skeptical that he’s on the level.

“If Russia was truly interested in ceasing the violence and the bloodshed they have brought to Ukraine’s people, they would pull out of Ukraine immediately and end this war altogether right now,” Air Force Brig. Gen. Pat Ryder, the Pentagon’s top spokesman, told reporters on Thursday.

In November, Army Gen. Mark Milley, chairman of the Joint Chiefs of Staff, estimated Russia’s war has killed roughly 40,000 civilians and displaced as many as 30 million. He estimated the Russian and Ukrainian militaries have each lost at least 100,000 troops.