This sailor asked for help with his struggles. The Navy didn’t give it to him. 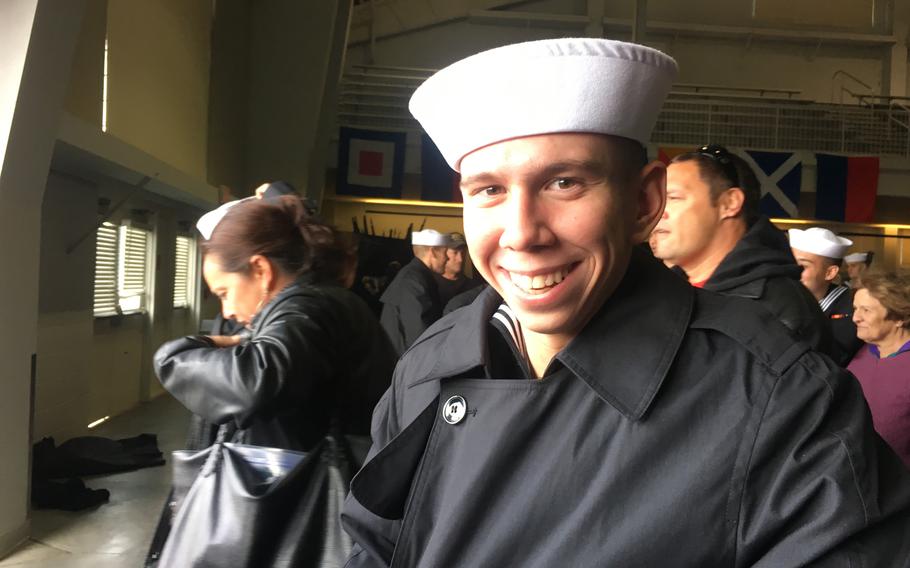 Brandon Caserta was 21 when he died by suicide at Norfolk Naval Station in 2018. (Caserta family)

In the suicide note that U.S. Air Force Tech Sgt. Kenny Santiago posted to social media before killing himself on the National Mall Nov. 8, he said he felt alone.

In death, he was not.

The rate of suicide is increasing among active-duty ranks, as the military community faces a pandemic along with the U.S. withdrawal from Afghanistan.

But it’s not the horrors of combat that I heard about after writing Santiago’s story.

Scores of people who read that story and reached out said it’s military culture — the macho, suck-it-up, therapy-is-for-wusses ethos — driving service members to take their own lives. 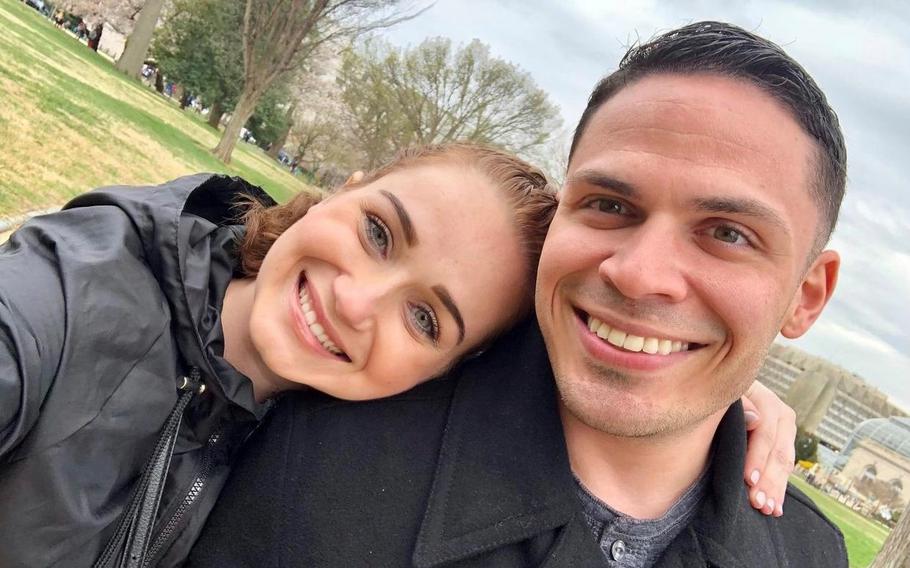 That’s the story of Brandon Caserta.

Just about everyone who knew him saw the trouble coming.

He joined the Navy right out of high school and dove into the SEAL pipeline, gung-ho, fit and ready to serve.

But a broken leg knocked him out of SEAL school and sent the high school athlete into a downward spiral that took him from high-level training in San Diego to working the candy and snack shack — the gedunk — under a belittling, abrasive officer in Norfolk.

On a humid, cloudy day in June 2018, Petty Officer 3rd Class Caserta walked out of the gedunk and onto the tarmac at a Virginia naval station, where he turned to a flight captain and said: “I’m sorry for what you are about to see,” his mom, Teri Caserta, said.

The 21-year-old sailor threw off the protective helmet everyone wears on the flight line and ran toward the spinning rear tail rotor of an HM-60S helicopter.

“He jumped not once, but twice, finally making fatal contact with the blade,” his mom said.

She sent me a copy of his handwritten suicide note and the request he made that sent the Arizona couple to Capitol Hill this year.

“I love you both SOOO MUCH!!,” he wrote, assuring them that his death wasn’t their fault. But he asked them to help change Navy culture and to do anything they can to punish the Navy commanders who bullied him, hazed him and ignored his pleas for help.

“Ruin these peoples lives as much as they ruined mine!!” he wrote.

“They killed him,” he told Military.com. He often corrects “suicide” to “murder” in his communications.

The folks at the Pentagon are aware of the issue.

“We know that service members may be reluctant to seek help due to concerns about their leaders finding out or not being supportive,” Karin Orvis, director of the Defense Department’s Suicide Prevention Office, wrote in a Sept. 15 letter to Teri Caserta.

Orvis told Caserta that the Defense Department is working on the suicide problem with a hotline through Veterans Affairs, policy reviews and training. But they will not publicly support the Brandon Act,the legislation that the Caserta family wrote to help make getting mental health counseling easier for military members.

Last year, 377 active-duty members killed themselves. That’s a jump of more than 40% in just five years, according to military data.

The year after Brandon’s death there were four suicides — three of them in one week — within a single crew based in Norfolk.

It wasn’t just the misfortune of his injury that sent Brandon over the edge, his parents said.

Brandon was ready to work his way out of the gedunk. The Navy had been his lifelong dream and he was training up to be a flight captain.

But his dad said it was the constant cruelty that broke him. His commanding officer berated and teased him, publicly called him the BUD/S dud — the perpetual reminder of his leaving Basic Underwater Demolition training in SEAL school.

“When they [the Pentagon] talk about suicide,” Patrick Caserta said, “they talk about trauma, exposure to war and mental health. But they don’t talk about harassment, bullying. They just don’t want to say that it happens and they are at fault.”

The father had been so worried about his only child’s mental state and the fear of retaliation for getting help — he knew a thing or two about Navy culture — that he called Norfolk command to talk to someone.

It had been a week since his son wrote a letter to the higher-ups complaining about the cruel work environment — “This is my last attempt at hope for a change,” he wrote — and he hadn’t heard back from anyone.

Teri Caserta said her son tried to get better: “He did ask for help only to be told to suck it up, you’re fine and to get back to work.”

“The way he died sent a message not only to his toxic, abusive leadership but to the entire Department of Defense,” she said of her son’s death. It’s exactly what Santiago’s friends said about his public suicide last week.

The Casertas got to work the year he died, writing a bill requiring that a member of the military receive immediate and confidential mental health services, even if they look for help outside the chain of command.

That’s how it’s supposed to be anyhow, according to Military OneSource, the portal for military family benefits. It says counseling is free and confidential, that “services are not reported to command and will not affect your career or security clearance.”

But even the head of suicide prevention told Caserta that members are still reluctant to ask for help. That’s why the parents are pushing legislation to change culture.

The bill was introduced just before the pandemic. It went nowhere, as so much else did that year.

So this summer, the Casertas returned to Capitol Hill and went on a whirlwind tour, visiting the members of Congress who agreed to reintroduce and co-sponsor the bipartisan bill.

In September, Rep. Seth Moulton, D-Mass., helped get the act folded into the House version of the 2022 National Defense Authorization Act. Now, they’re hoping Sen. Mark Kelly’s, D-Ariz., push will help it pass in the Senate this year.

Kelly, a 24-year veteran of the Navy, said in an interview with the Arizona Republic that it is an important act because “in some cases, when folks do reach out, they don’t get the necessary positive reaction on the road to getting help.

“So this legislation would make it anonymous,” he said. “They can say ‘Hey, I have a Brandon Act issue,’ and there’s no questions, no repercussions, they will be given initial counseling and treatment that they need.”

Brandon. His name would be all they need to say to get help.