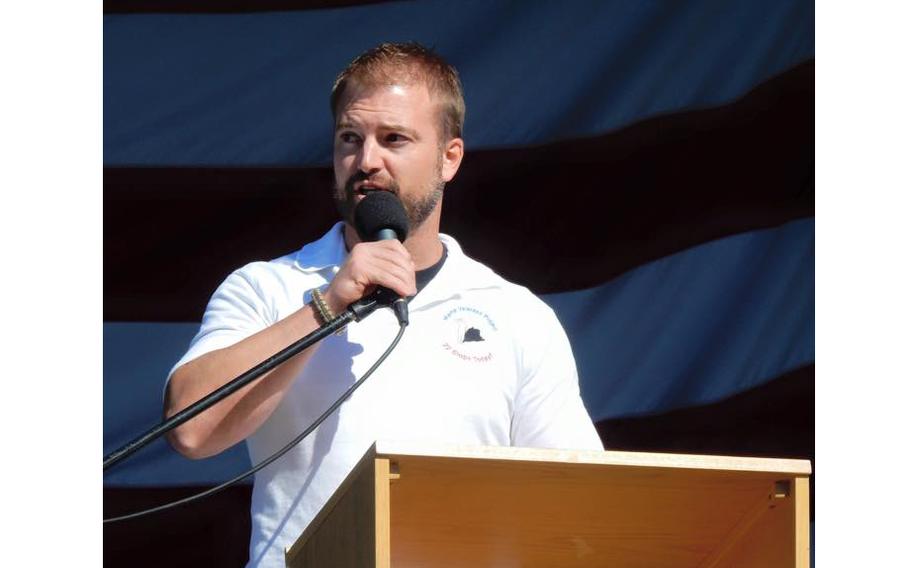 There’s magic, he says, in working alongside fellow veterans to replace a roof on the home of someone who served in Vietnam, or in giving a car to a veteran whose lack of transportation has kept them from work and food. But more than anything, there’s magic in the moments when veterans connect with someone who truly understands the emotional and physical scars they carry from serving their country.

“We’ve learned the power of community,” Goodwin, the president and founder of Maine Veterans Project, said. “And it’s been absolutely life changing.”

For the past six years, the Maine Veterans Project has worked quietly in the greater Bangor region to prevent suicide, repair homes and heating systems, and connect veterans with heating fuel and donated vehicles. More recently, the nonprofit’s focus has shifted back to its original goal of using recreation programs to prevent suicide among veterans, who are more at risk of taking their own lives than non-veterans.

That renewed focus on connecting veterans with peers who understand their struggles before they consider self-harm comes at a critical time, particularly for those veterans who served during the Global War on Terrorism.

In the post-9/11 era, the suicide rate among veterans has far outpaced rising rates in the general population. Experts estimate that veterans are at a 50 percent higher risk of suicide than peers who have not served. Since 2001, more than 114,000 veterans have died by suicide, according to the organization Stop Soldier Suicide.

Researchers estimate that 30,177 Global War on Terrorism veterans have died by suicide, compared to 7,057 who died while deployed in support of the war. It is the second-leading cause of death for post-9/11 veterans. The alarming shift has brought more focus to preventing suicide among veterans of all ages.

Goodwin was not aware of the problem until years after he left the military. He was living in Machias and looking for an opportunity to broaden his horizons when he joined the Navy in 2001. During his eight years of service, the corpsman made multiple deployments to Iraq and traveled all over the world. He ended his time in the military in 2009 after serving on a presidential security team based out of Indian Head, Maryland.

He then moved out to San Francisco and started working with Destination Truth, a television show that allowed him to travel to more than 30 countries and sail to Antarctica. Later, he took a job as director of health and safety at the University of California San Francisco.

But Goodwin missed Maine. A trip home for a dose of Maine summer turned into “one giant serendipitous accident” that Goodwin says led to the creation of the Maine Veterans Project.

It was around that time that Goodwin, now 40, learned of retired Army Maj. Justin Fitch, who spent the last months of his three-year battle with colon cancer raising awareness of veteran suicide. Fitch, who was 33 when he died in Wisconsin in 2015, used his platform to highlight that 22 veteran suicides were occurring each day.

That statistic and the reality that so many of his fellow veterans were struggling hit Goodwin hard.

“I felt pretty ashamed that I’d done nothing to help those around me,” he said. “I just lived my own life for five years.”

With help from friends, he organized an ATV ride in Machias that raised more than $7,000 for the suicide-prevention program Fitch supported. They harnessed that momentum to start the Maine Veterans Project in 2015, focusing at first on assisting veterans with their homes and, since early in the pandemic, working to connect veterans through recreation.

“ The Maine Veterans Project might be one of the most selfish things I’ve ever done. I was just floating around in outer space,” Goodwin said. “All of a sudden, it was a sense of purpose. It seemed like a way to contribute to something again.”

Since May, the Maine Veterans Project has hosted 33 recreation events, ranging from ice fishing to paintball to go-karting. Veterans from their 20s to 60s have showed up and found instant camaraderie, Goodwin said.

In September, the project hosted a barbecue in Brewer specifically for veterans who served in Iraq and Afghanistan.

“The Afghanistan war just ended and a lot of people are feeling feelings they don’t even understand right now. We just wanted to get some folks in the same room,” he said.

A veteran who is badly affected by PTSD but who had never shown up at a Maine Veterans Project event walked through the door. His eyes went immediately to the dart boards on the wall and by the end of the night he had talked to a manager about starting a Thursday night dart league. He plans to invite all of his fellow combat veterans to play, Goodwin said.

“You absolutely know one of those connections is a lifesaver,” he said. “That’s what we’re here for. It’s worth it to see a human being connect with another human being.”