Fast Take: Chris Cassidy, space exploration and the US military 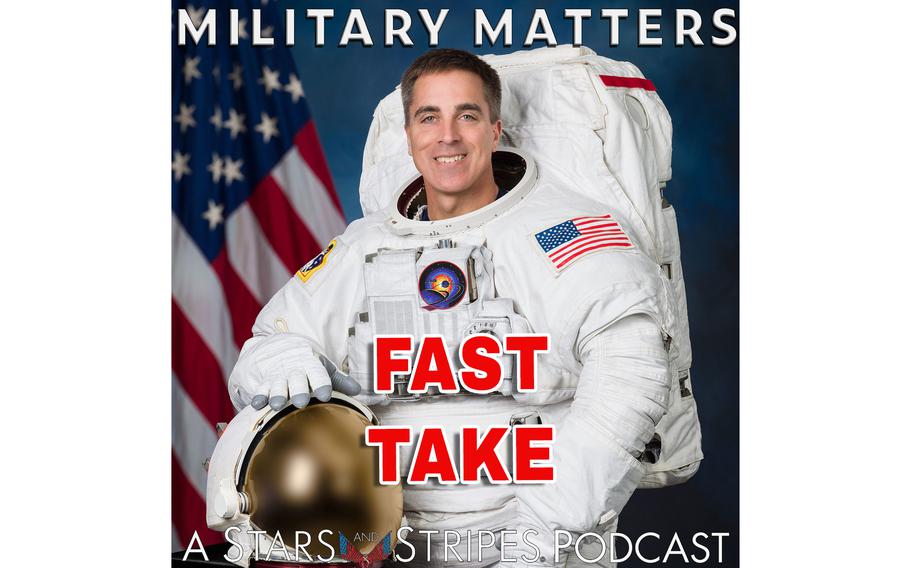 From the depths of the ocean to beyond the atmosphere, retired Navy SEAL and astronaut Chris Cassidy knows a thing or two about being in stressful situations, as he revealed in last week’s episode of Military Matters.

In this Fast Take, co-hosts Rod Rodriguez and Jack Murphy revisit Rodriguez’s conversation with Cassidy and take a look at how space exploration and the military are linked.

“People sometimes look at it now, like, why are we bothering going into space? Why are we sending all these little probes to Mars and stuff?” Murphy said. “But it's like, those are the early, upfront investments that we have to make as a species today, so that one day we can have space stations out in the middle of nowhere, and we're mining comets and we're colonizing Mars and stuff like that.”

Rodriguez pointed out how technology used for space exploration could end up helping the U.S. military back on Earth.

“We're looking at classified technology that we're going to use in a lot of other things like missiles programs, new flights, new technology for stealth, all this other stuff,” he said. “So it's kind of the groundwork for advanced DOD applications. And I think it's an important endeavor for us to keep investing in.”