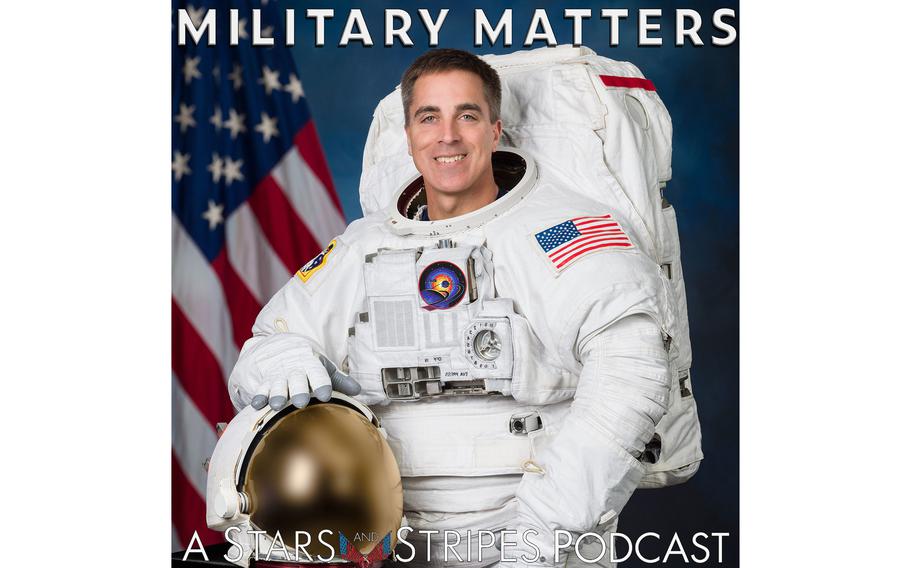 Becoming a Navy SEAL is no easy feat. Neither is becoming a NASA astronaut. Chris Cassidy has done both.

In this episode of Military Matters, co-host Rod Rodriguez speaks with Cassidy about his careers with the Navy and NASA, both of which he retired from last year, and his new role as president of the National Medal of Honor Museum Foundation.

Maine native Cassidy joined the Navy by way of the U.S. Naval Academy, but a paperwork issue nearly scuttled those plans. Undaunted, he spoke with Marine Corps Capt. Mike Melillo, who served as admissions counselor for the New England region while on a trip with family to the D.C. area. The captain called him back a couple of days later, offering him a spot at the Naval Academy Preparatory School in Rhode Island.

Cassidy was selected as an astronaut candidate in 2004 and finished training in 2006. He flew three missions and ended up spending a year of his life in space, he said.

On one mission, he and a fellow astronaut, Luca Parmitano, went on a spacewalk. About 45 minutes in, Parmitano’s helmet started filling with water.

“Over the course of the next 45 minutes, we went from, oh, this is a little bit inconvenient, to holy crap, Luca is going to drown in his helmet if we don't get back inside,” Cassidy said. “And there was a lot of lessons learned, from the two of us as spacewalkers, as well as the ground team in Houston who were managing it. … The biggest thing is without going into the full brief, there were little teeny indications throughout the course of the early part of the spacewalk that something wasn't quite right, but each in and of itself was kind of insignificant. But when you add it all up, in retrospect, hey, the system was talking to us.”

Today, Cassidy is helping to complete the National Medal of Honor Monument in Washington, D.C. As president of the museum foundation, he has met at least 25 of the living Medal of Honor recipients.

“What’s so fascinating is that all of them say it's harder to wear the medal than it was to earn it,” Cassidy said. “And they're wearing it for their fallen comrades, for their teammates, for the folks that didn't get back, the folks, their teammates that lost limbs or whatever. And and they're wearing it as a caretaker for the United States of America. And that message, it resonates pretty loudly.”