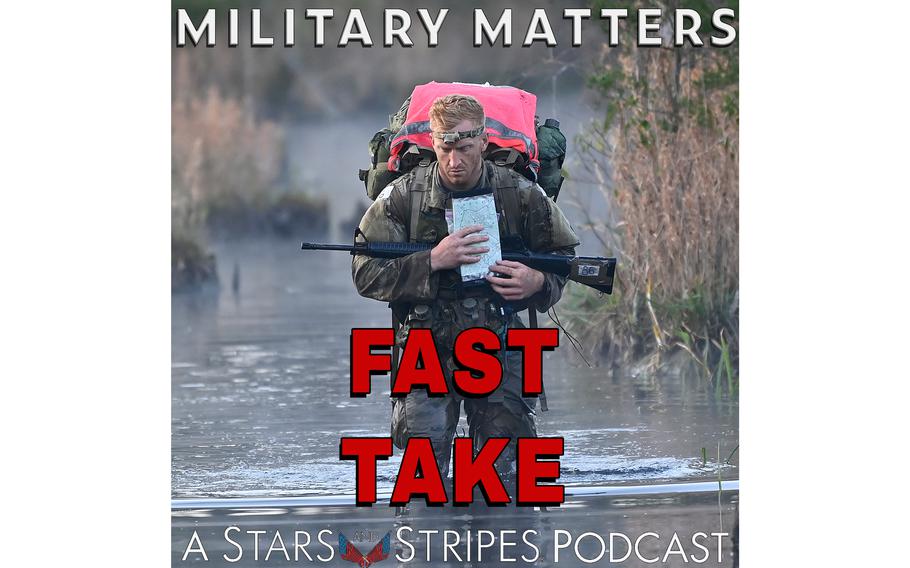 In this Fast Take, co-hosts Rod Rodriguez and Murphy discuss that interview, as well as their own experiences with SFAS.

Rodriguez went through SFAS selection three times but did not become a Green Beret, he said. But he doesn’t regret the experience, and in fact has encouraged his soldier son to undergo the selection process too.

“Dr. Walton said it great in the episode when he talked about, what's the purpose of SFAS?” Rodriguez said. “And it's to find out who you really are, who's the real you, and that real you is revealed when you're tired, your body's breaking down, you're exhausted, under high stress.”

Walton found that women have a significantly higher failure rate in SFAS than men, and Murphy pointed out one reason why that might be.

“The reality is that in a physical course like SFAS where you carry heavy weights for prolonged periods of time, people who have smaller bodies are at a disadvantage, right?” Murphy said. “It's not fair, right? There's an aspect of it that none of this is fair.”