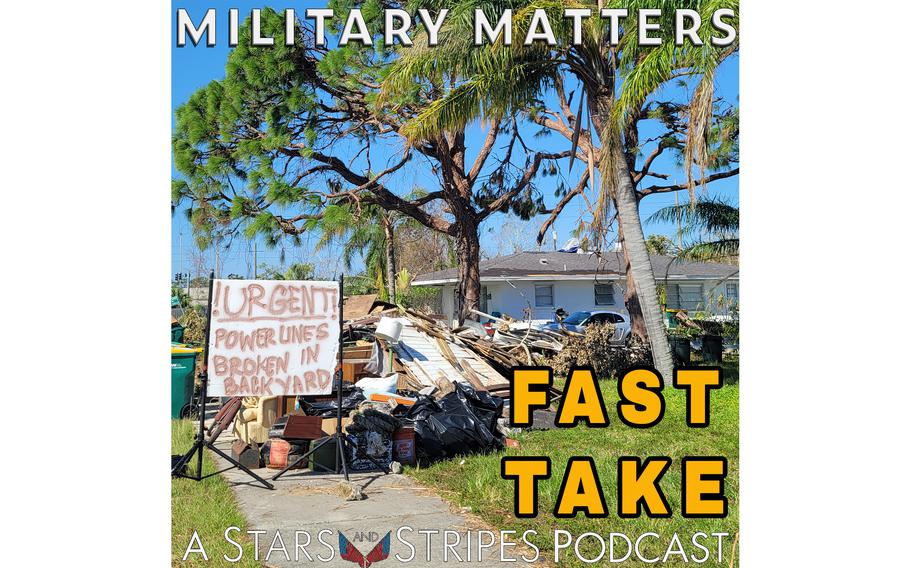 Last week, Military Matters co-host Rod Rodriguez traveled to Englewood, Fla., with Air Force veteran Ryan Hontz to deliver supplies to families who survived Hurricane Ian. While there, he chatted with veterans about what they had lost.

In this Fast Take episode, Rodriguez shares his experience with co-host Jack Murphy. He described the area as looking like a war zone — and part of that was the smell.

“We drove through a couple of areas that you smelled the open sewage, dead animals, lots of dead animals,” Rodriguez said. “And then there's this, you know, things that had burned, the smell of — and it sounds weird to say — but the smell of crumpled metal. I mean, there's these unique odors in the air of these disaster areas that you just don't encounter except if you're in a war.”

Murphy also looked ahead to Episode 2, which will feature an interview with retired Army Special Forces Col. David Maxwell, now a senior fellow with the Foundation for Defense of Democracies, about what the U.S. can do to counteract North Korean aggression.

“I guess you could say in that every couple years Korea gets spun up in the news as this big crisis,” Murphy said. “There's some new crisis that's happening over there, everyone freaks out about it for a little while, and then it just goes away again, right? Until we do it all over again the next time. So I really thought it was worthwhile to spend some time actually doing a deep dive on this issue.”