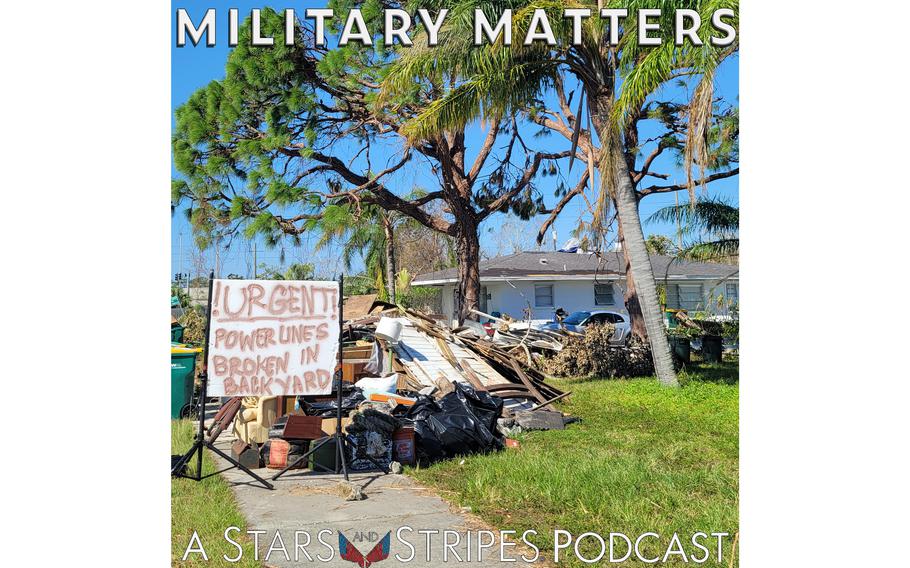 Almost two weeks after Hurricane Ian made landfall in Southwest Florida, killing more than 100 people, residents are still struggling to rebuild their lives.

But they aren’t alone. National Guard troops from multiple states have been mobilized to help, and nonprofit organizations have also pitched in. And on the ground in some of the state’s hardest-hit communities, neighbors are helping neighbors, and military veterans are at the forefront of many of these efforts.

In the Season 6 premiere of Military Matters, cohost Rod Rodriguez, who relocated to Tampa about two years ago, traveled to Englewood, Fla., to help deliver donated supplies alongside fellow military veteran Ryan Hontz and his neighbor, Matt Ryan. 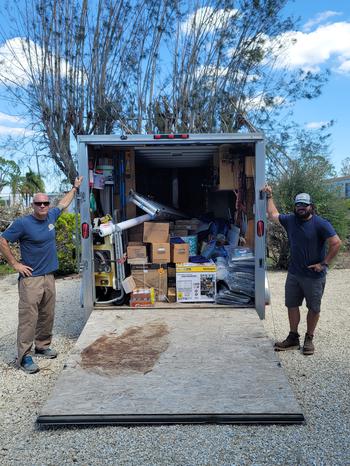 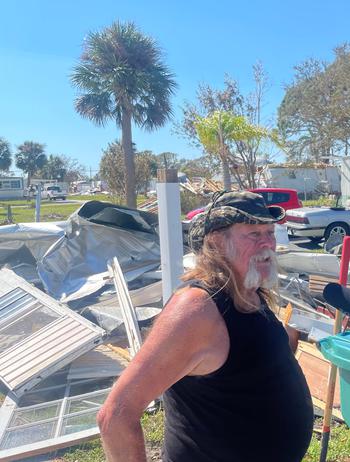 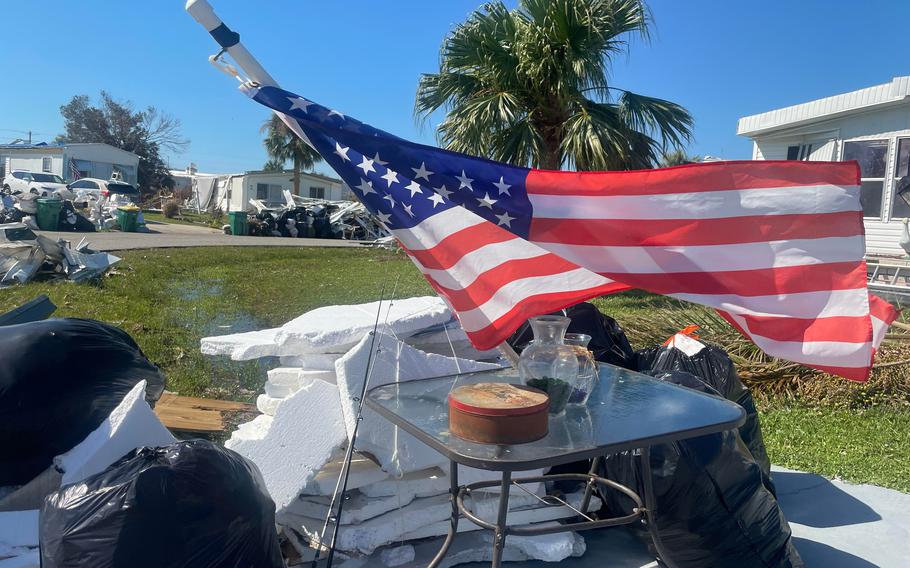 An American flag flies amid the devastation left by Hurricane Ian in Englewood, Fla. (Ryan Hontz)

“When something like this happens, it’s harder to sit on the couch and not do anything and put your sympathy in social media,” Hontz said. “Some people, that’s the way they’re wired. It’s harder for me to do that than to get up and give blood and sweat and get something done.”

While there, Rodriguez spoke with some of the people who lived through the hurricane, including Vietnam War Army veteran Allen Foss, who served with the 362nd Signal Company.

“For 20 years, I built [radio-controlled] airplanes, and I had every tool that I needed to build, and it's all gone for the most part,” Foss said. “You can see there's the remains of three airplanes over here. They're destroyed. There's one, two, three airplanes and there's some in the house. I don't think there's any damage to the ones in the house, but do I have the time to deal with them?”

Stories such as Foss’ have been overwhelming for Hontz and Ryan. Also overwhelming is the amount of support they have received, with donations pouring in from across the country. 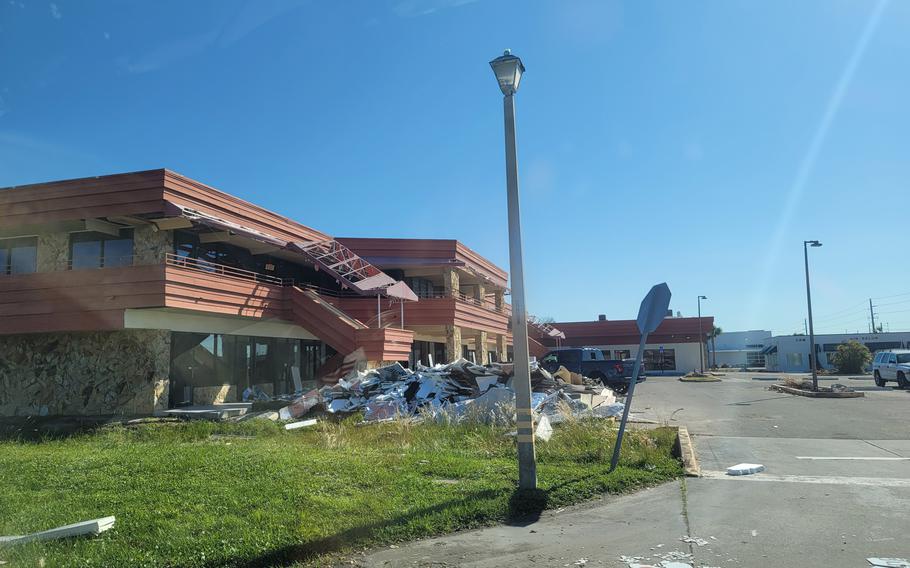 A destroyed building is shown in the aftermath of Hurricane Ian in Englewood, Fla. (Ryan Hontz) 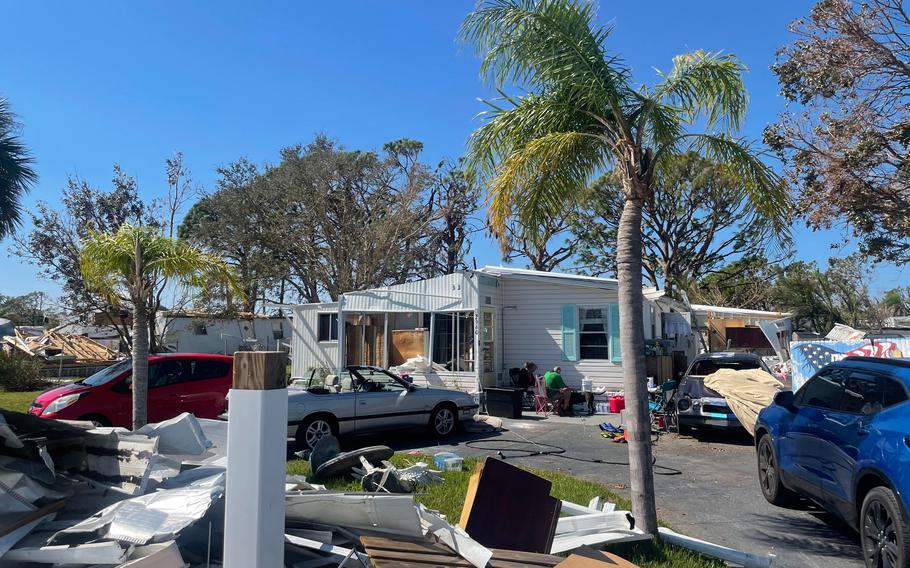 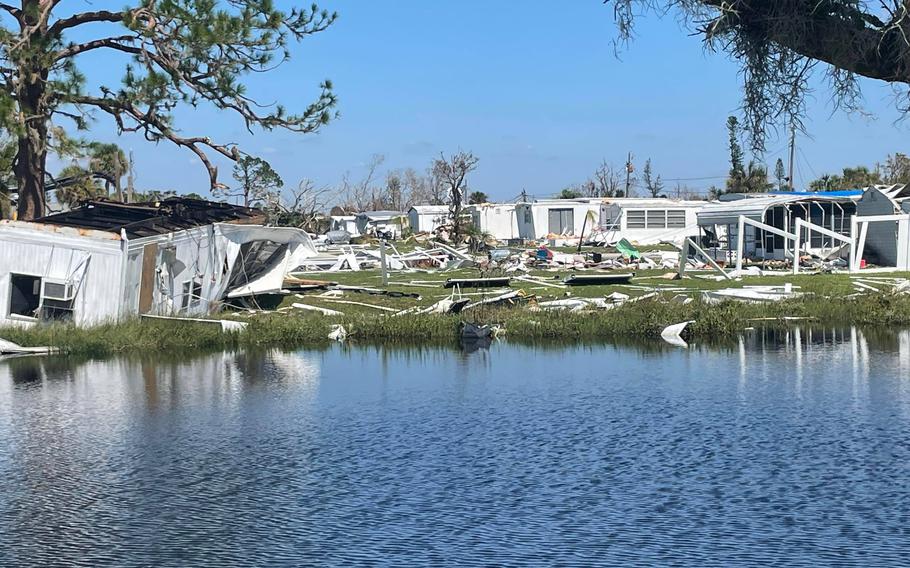