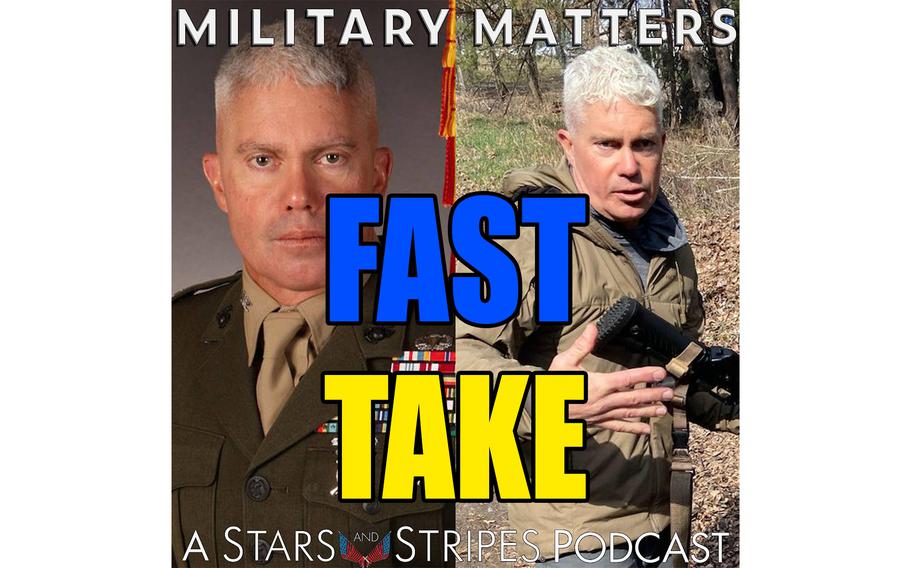 In this week’s Fast Take, co-hosts Rod Rodriguez and Jack Murphy reflect on this and other questions from Murphy’s interview with Milburn in last week’s episode.

Milburn’s approach with The Mozart Group is something that U.S. Special Forces should do more often, Murphy said. Rather than put Ukrainian troops through U.S.-style basic training, Milburn and his volunteers shape the training to the fighters’ needs.

“What Milburn's guys are doing is they're looking at it when they come off the front lines,” Murphy said, “and they're saying, ‘This is what we're seeing, the Russians have these drones with thermal cameras on them, or they're pelting us with 60 millimeter mortars,’ or whatever that specific challenge is that they're dealing with then. And then they're able to tailor the training for them to meet that challenge.”

Rodriguez and Murphy also discussed what happens if and when American fighters or contractors — or behind-the-scenes operators such as Milburn — are injured or killed fighting for Ukraine.

“We saw it even with Blackwater and Triple Canopy and these other organizations in Iraq, and I’m not saying this is a valid point of view, but I mean, it, it is what it is, right?” Murphy said. “These guys are often seen as disposable, right? That they get killed and people just kind of shrug their shoulders, eh, contractors, you know? And that’s messed up. I don’t agree with that, but that’s part of the reason why contractors get used in the first place, is that they’re kind of disposable.”